The UK must open its borders to help Afghan refugees - Canary 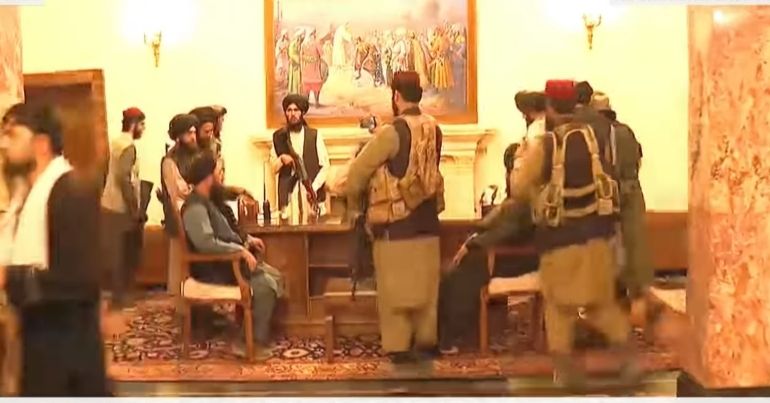 The increasingly desperate situation in Afghanistan has led to widespread calls for the UK to welcome Afghan refugees despite Priti Patel’s plans to crack down on immigration.

Refugee Action summed up the situation:

When Parliament reconvenes to discuss the crisis, the Government must recognise the cruelty of its current position, and abandon it. Can its message to desperate Afghan people really be that they must go to local embassies for visas and book commercial flights?

Do they really think people in fear of their lives are going to wait around for a ‘safe route’ to be created by the UK Government, when it currently offers none?

It also highlighted the need for “concrete action”:

Thousands of people have tried to escape on flights out of the country and millions more are terrified. Our thoughts and hopes are with them.

But in a situation unfolding so quickly, we can waste no time in turning from thoughts to concrete action. 2/9

Thousands of Afghan people are currently trying to escape from Afghanistan. But the Home Office has yet to confirm how many refugees it will welcome.

The Taliban took control of Kabul early on Sunday 15 August, and Afghanistan’s president has fled the country. The takeover is expected to mark the beginning of a new era of Taliban rule. The UNHCR reported in July that Taliban advances had already displaced 270,000 people in Afghanistan this year. As Taliban control increases across the country, this figure will only grow.

Afghan women are scared they won’t be able to continue their education, careers, or independence. Writing in the Guardian, one women stated:

I worked for so many days and nights to become the person I am today, and this morning when I reached home, the very first thing my sisters and I did was hide our IDs, diplomas and certificates. It was devastating. Why should we hide the things that we should be proud of? In Afghanistan now we are not allowed to be known as the people we are.

Despite the dire situation, international action in welcoming refugees has been slow.

Canada has pledged to accept 20,000 ‘vulnerable’ Afghans who need protecting from the Taliban.

But EU countries Germany, Greece, Austria, Denmark, the Netherlands, and Belgium asked the EU for permission to continue deporting Afghan refugees they had already rejected for asylum. Since then, Denmark, Germany and the Netherlands have reversed their position and paused deportations.

Many are calling on the UK to follow in Canada’s footsteps.

Gov must provide answers and assurances today about what they will do to help those at grave risk in Afghanistan. They have a moral responsibility along with the international community to urgently evacuate refugees under threat to a safe and welcoming place.

But these figures are a drop in the ocean when figures from July show that total number of displaced people is 3.5 million.

The UK and refugees

Home secretary Priti Patel recently criticised France for ‘failing’ to stop migrants crossing the channel. She further warned that the UK would be seeing more people wanting to enter the country due to them fleeing Afghanistan.

The Home Office recently abandoned numerical targets for resettling refugees, instead claiming it will strengthen “safe and legal” ways for refugees to enter the country by ensuring:

resettlement programmes are responsive to emerging international crises – so refugees at immediate risk can be resettled more quickly.

This has left people in the UK asking where the UK’s response is.

But the Home Office’s hostile environment is likely to only make the situation worse for those trying to flee to the UK. Refugee advocates have warned that the Nationality and Borders Bill, currently at the committee stage, could prevent thousands of people from claiming asylum in the UK.

Refugee Action said that the bill could leave Afghan refugees unable to claim asylum, left in barracks, or sent elsewhere.

It's now abundantly clear that the Government’s plans must be halted immediately and reversed. The #AntiRefugeeBill (Nationality and Borders Bill) would take a wrecking ball to the right to claim asylum for Afghans and others fleeing terrible situations elsewhere. 3/9

The #AntiRefugeeBill and the lack of commitment to resettlement are wrong and unsustainable. Both must now be swept away on the tide of compassion brought by the events in Afghanistan. We are witnessing how quickly people can be left desperately struggling to find safety.

The UK must allow, pro-actively help and welcome Afghan refugees fleeing persecution and fear. And it must go further than following the Canadian model of accepting just 20,000 people.

It is the UK that helped create the current situation and it is down to the UK to urgently take action and help those facing an increasing desperate situation. It must happen quickly and it must mean giving people housing and rights – not condemning people who have already suffered so much to unsafe and appalling conditions in places like Napier Barracks.

This crisis further highlights the fight we have in ahead of us against the racist Nationality and Borders Bill. This bill, and the hostile environment created by this government, must be stopped.