Nuclear war or a new front line: what the Ukraine annexations could mean - Canary 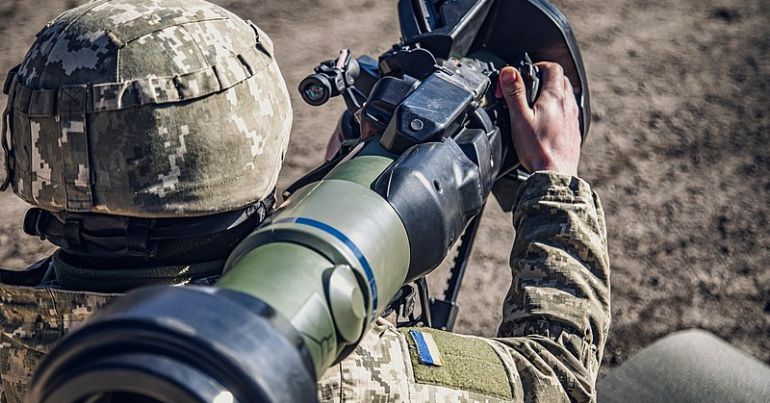 Russian president Vladimir Putin is set to annex large areas of Ukraine. But, US president Joe Biden says the US will never recognise such territories as Russian. The eventual outcomes are unclear but an India-Pakistan style nuclear stand-off is a possibility.

The Guardian surmised that the areas Putin plans to annex make up 15% of Ukraine. The paper claims that the Russian constitution means they could never be returned once claimed:

Useful @guardian map showing how much of the territory Putin is “annexing” isn’t even under Russian control. The total territory is about 15% of Ukraine and includes major cities. Under Russia’s amended constitution, no Kremlin leader can cede territories once they are annexed. pic.twitter.com/HVgTGP1QFC

The BBC reported the Kremlin’s claims that Luhansk, Donetsk, Zaporizhzhia, and Kherson had “backed annexation in five-day referendums”. But that the “so-called votes” have been “widely condemned outside Russia as a sham”.

None of the four occupied regions that Russia aims to incorporate are under its full control. It can only lay claim to 60% of Donetsk while Zaporizhzhia’s regional capital remains in Ukrainian hands.

Speaking on Friday, Joe Biden told reporters that the annexation would never be recognised by the US:

He announced new sanctions and blasted what he called Russia’s “imperial ambitions”:

Russia’s assault on Ukraine in pursuit of imperial ambitions is a flagrant, flagrant violation of the UN Charter, and the basic principles of sovereignty and territorial integrity.

Strong words, though it is worth remembering US intervention in Iraq and Afghanistan to mention just two. A third could be the US’s longstanding bankrolling of Israel.

It is hard to predict how the annexation matter will play out. Both Russia and Ukraine’s biggest ally, the US, is a nuclear power. Yet, excepting a disastrous error, it seems unlikely either will pull the trigger. More likely, the continuation of a high-intensity war, or even ongoing proxy war in the annexed regions.

Featured image via Wikimedia Commons/General Staff of the Armed Forces of Ukraine, cropped to 770 x 403, licensed under Creative Commons Attribution 4.0.