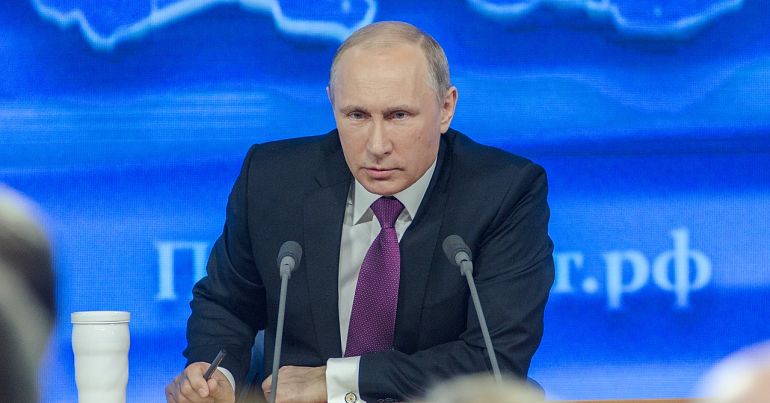 Russia is seeing an escalation in disaffected citizens, many of whom are fleeing the country to avoid conscription. This follows the mobilisation of around 300,000 military reserves, as well as referendums in the Russian occupied regions of Ukraine. There have also been incidents of mutinies, attacks on army recruitment offices, and sabotage – not all reported by corporate media.

Russia’s president Vladimir Putin, meanwhile, is threatening nuclear attack should the occupied regions be attacked by the Ukrainian military.

There are reports of more than 3,000 mostly young men fleeing Russia via the border with Mongolia. Other destinations include Belarus, Armenia and Georgia. However, Lithuanian foreign minister Gabrielius Landsbergis urged Russians fleeing their country to stay and fight against Putin and to liberate Russia. But president of the European Council Charles Michel asks that European countries offer refuge to those fleeing conscription. There is now a proposed law in Russia that would see deserters jailed for up to 10 years.

This disaffection is not a recent phenomena. In May the Anarchist Communist Group (ACG) claimed that:

More than 300,000 people have now left Russia because of the repression, refusal to support the war or be conscripted into the armed forces.

Further, there are reports of women in the Dagestan and Yakutia regions staging protests against the war.

There are also several reports of attacks by disaffected citizens on military targets.

According to news reports, on the first night of Putin's new mobilization, anti-war partisans used Molotov cocktails to attack military recruiting offices in Nizhny Novgorod, St. Petersburg, Kyra, and Gay, as well as the city administration of Tolyatti.🏴https://t.co/mi74ZFTg6P https://t.co/e8HIdOUYFi pic.twitter.com/lgCNLEvJQf

Also on 22 September the Daily Mirror reported that in the city of Ust-Ilimsk a man fired a gun at local military recruiter Aleksandr Yeliseyev. According to Anton Gerashchenko, advisor to the Minister of Internal Affairs of Ukraine, the officer died:

The murderer is Ruslan Zinin, born in 1997, "partially mobilized". He decided jail is better than death in Ukraine. pic.twitter.com/s0IvHJZJBO

The attacks on Russian military targets have been happening over many months.

According to Mediazona’s calculations, 54 military enlistment offices and administrative buildings have been set on fire since the start of the war, 17 of these cases happened in the last five days after the announcement of the “partial” mobilisation.

In particular, a military enlistment office caught fire in Mordovia’s town of Ruzaevka after two Molotov cocktails had been thrown in through the window on 25 September. On the same day, it was reported that an administrative building caught fire under the town of Gatchina in the Saint Petersburg region after two Molotov cocktail bottles had been thrown into the building. The area of fire was 50 square metres, no one was hurt.

Back in April The Moscow Times (TMT) reported that local residents used Molotov cocktails to cause damage to enlistment offices in the Ivanovo, Voronezh, and Sverdlovsk regions. Also an enlistment office in the regional town of Lukhovitsy was set on fire.

In May TMT also reported that seven Molotovs were thrown through a window of a military recruitment office in Nizhnevartovsk.

There have been further acts of sabotage. Earlier in the year there were reports of sabotage by BOAK (Combat Organisation of Anarcho-Communists) to railway lines north-east of Moscow. There were other actions by the group: again on a railway line, as well as an attack on a mobile phone tower in Belgorod. BOAK are inspired by the New Revolutionary Alternative (NRA), which in the late 1990s bombed military targets.

On 22 September CrimethInc published an interview with BOAK (also known as the Anarcho-Communist Combat Organisation). A representative of the organisation explained they consider themselves:

to be the successors of the Revolutionary Insurgent Army of Ukraine (RPAU) [the forces associated with Nestor Makhno, also known as the Black Army] and the anarchists of the underground who, during the [Russian] Civil War, opposed the reactionary and Bolshevik dictatorship with arms in their hands.

A report by the ACG provided examples of some of the many mutinies that have taken place since the Russian invasion of Ukraine:

Sixty paratroopers from Pskov sent to Belarus as part of the invasion force refused to fight in Ukraine and mutinied, after which they were sent back to Russia. Some have been dismissed whilst others face court martials with the chance of prison sentences. There were also reports of mutinies in elite forces in Khakassia in the Caucasus. Also in the Caucasus, troops from South Ossetia, the unofficial Putin-backed breakaway from Georgia, refused to fight in the Ukraine.

In March, it was reported by the Guardian that mutinous troops ran over a colonel of the 37th separate guards motor rifle brigade by a tank. The claim was made by Ukrainian journalist, Roman Tsymbaliuk, who said that the brigade had lost around about 50% of their personnel in fighting west of Kyiv.

In June a former US special forces officer reported claims of an incident where Russian troops refused to obey orders. During the same incident it was claimed that a Russian general, Valeriy Solodchuk, commander of the 36th Army, was nearly blown up amidst an exchange of words.

In February the Canary reported on mass protests in Russian cities by people opposed to the war on Ukraine. They included St Petersburg, Moscow, Yekaterinburg, Novosibirsk, Nizhny Novgorod, Kaliningrad, and Volgograd.

The May ACG report included many examples of protests across Russia in the days and weeks following the invasion. For example, “between 24th and 28th of February, more than 6,440 people were arrested at anti-war actions”. Also, “In the first month of the anti-war protests, a total of 15,000 people were arrested”.

Now with mobilisation announced by Putin and the threat of military call-up of citizens, the protests have returned, as these videos show:

And here we see the Moscow police rushing to respond.

All around the world, militarization and repression are two aspects of a single project: concentrating state power. War and oppression are inherently interlinked.

BOAK has warned in no uncertain terms what would happen should Russia be allowed to win in its war against Ukraine – but also of very different consequence if it fails:

The defeat of Ukraine will bring about the triumph of the most reactionary forces in Russia—finalizing its transformation into a neo-Stalinist concentration camp, with unlimited power concentrated in the FSB [the Federal Security Service, successor to the KGB] and a totalitarian Orthodox imperial ideology… On the other hand, if Russia is defeated, there will inevitably be a crisis for Putin’s power and a prospect of revolution. For anarchists, the choice between these alternatives seems clear.

These are dangerous times. Though the disaffections, mutinies and sabotage incidents, as well as the continuing protests (despite threat of arrests) are encouraging. They indicate a resistance, which extends over months and possibly far longer.

That resistance seeks a real revolution from the authoritarian tyranny that still persists from the Soviet era.