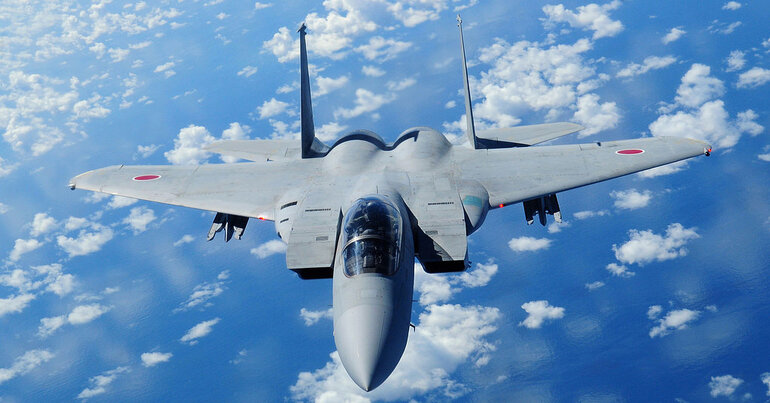 The UK and Italy are closing in on a jet fighter deal with Japan. Reuters reported on 2 December that the deal could be done by the following week. The contracts would see the UK’s Tempest project merged with Japan’s F-X project.

The announcement will come before Japan releases a new national security strategy and military procurement plan around mid December, the sources said.

There have also been moves in Japan to secure an increased long-range missile capacity. Rivalry with China is seen as the major justification:

That arms build up, which could double the country’s defence budget to around 5% of gross domestic product (GDP) over the next five years, will pay for new weapons including long-range missiles designed to deter China from resorting to military action in and around the East China Sea.

Japan is becoming increasingly militarist – and this agenda is being driven by the US:

In the aftermath of WW2, Japan’s new constitution revolved around the notion of neutrality.

Japan’s post-war constitution still bans particular kinds of militarist behaviour, including the possession or development of nuclear weapons. However, in recent years defence reforms have still gone ahead under different governments. Article 9 of the constitution was created to prevent Japan becoming a military power again.

But some in Japan want to change this. As Japanese politics expert Ra Mason has explained, the increasing militarism:

raises concerns of entrapment into American proxy wars and increasing economic involvement in the US “military-industrial complex”, the system by which the defence sector encourages arms spending and war.

Militarism on the move

Japan’s return to a war footing under US influence should concern us all. Chinese military buildup was touted as a threat by NATO and the US. With Europe already at risk of expanded war due to Ukraine, every effort must be made to resist the march to conflict in Asia.