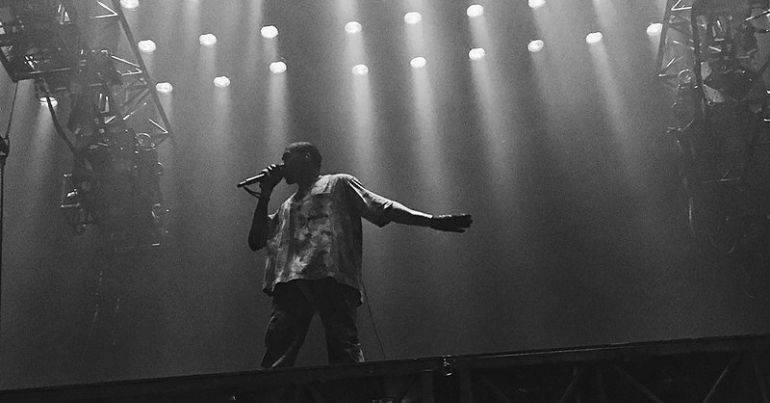 The musician appeared on Jones’ Infowars show for three hours on 1 December, and engaged in a vicious right-wing diatribe. Somehow, West managed to make a programme which is already a sump of racism and fascistic conspiracy theory even worse.

A love of Hitler

From behind a mask, West praised Adolf Hitler and attacked Jewish people to the point that even Jones, whose politics are hardly far from West’s, tried to dial back the tone.

At one point West even stated that there were “a lot of things that I love about Hitler”:

Alex Jones desperately tries to get Kanye West to clarify that he doesn't actually love Hitler … but nope.

West’s rant featured some bizarre claims. These included that Hitler invented both highways and microphones. Naturally, the singer offered no evidence to support these claims:

As comedian Jolyon Rubenstein pointed out, we are far past the point where mental health issues can be used to cover for West:

I was a huge Kanye fan.

This isn’t a mental health issue.

This is a man with 30M followers telling them that Hitler should be admired.

This has to be a line in the sand and I hope that artists will come out and make clear to their fans that this is utterly disgusting. https://t.co/lx5xaOR8bY

And Rubenstein is absolutely correct. Anyone with a basic understanding of fascism can unpick West’s ramblings for what they are. But his vast platform, and his millions of fans and followers, may not have that capacity. And that is, among other things, a danger to Jewish people and the broader public.

The interview was so bizarre that it might be tempting to see Alex Jones as a moderate voice within it. But Jones is far from moderate – his politics are barely a hair’s breadth from those of West. On 13 October 2022, Jones was ordered to pay out $965m to the families of victims of the Sandy Hook school massacre. His claims included that the massacre was faked by the government and that the bereaved parents were ‘crisis actors’. Crisis actors are a commonly used trope by conspiracists like Jones. And, like West, Jones has a long history of antisemitic statements.

On the other hand, struggling Twitter owner and self-appointed free speech warrior Elon Musk isn’t free from blame all this, either. Twitter appears to have suspended West’s account as of 2 December:

However, Musk, West, and Jones are bedfellows in their permissive attitudes to hate speech, albeit dressed up as a commitment to free speech – another common far-right trope.

As one Twitter user pointed out, Musk can backpedal all he wants, but the fact remains that he had long advocated to allow space online for rants just like West’s:

[kanye west is online for 20 minutes]

elon musk: fuck. what the fuck

The ban came after West had posted an image of the Star of David merged with a swastika. The Guardian reported that after West’s ban, Musk said:

I tried my best. Despite that, he again violated our rule against incitement to violence. Account will be suspended.

The likes of Musk, West, Jones, and even Donald Trump are part of the same reactionary milieu. They’re all super-rich right wing grifters who weaponise free speech to justify their need for power and attention. West’s obvious musical talents should not obscure what he is – a fascist. Nor should his clearly troubled mental health be used to explain away his affection for Hitler. It is, after all, perfectly possible to be mentally unwell and not a fascist, as millions of people demonstrate every day.