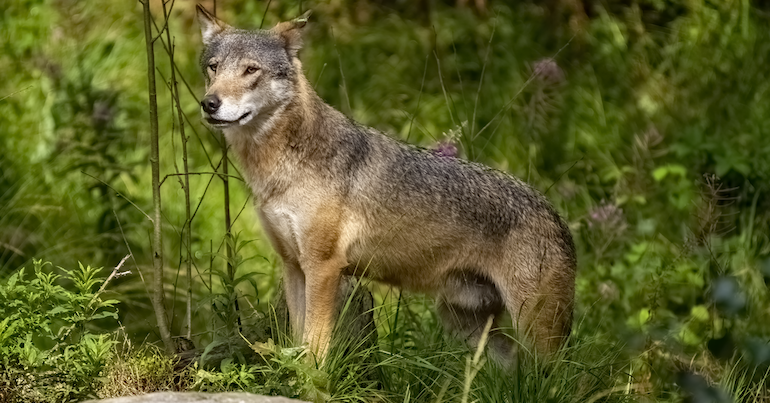 Delegates from nearly 200 countries will meet in Montreal 7-19 December for a critical biodiversity conference. Their job is to hammer out a new global deal to protect ecosystems and species from further human destruction.

The UN Biodiversity Conference, known as COP15, follows climate change talks in Egypt in November. Its outcome does not bode well for success at the upcoming conference. Leaders failed to forge any breakthroughs on scaling down fossil fuels and slashing planet-warming emissions.

Moreover, at a previous biodiversity meeting in 2010, leaders set targets to end the rapid loss of species by 2020. They failed to meet a single one and not for the first time either.

Nonetheless, as Agence France-Presse (AFP) reported, observers are hoping the biodiversity talks in Montreal will deliver a landmark deal to protect nature and reverse the damage humans have done to forests, wetlands, waterways, and the millions of species that live in them.

Crucial for all life on Earth

Scientists have been raising the alarm over a sixth mass extinction, with one million species at risk of extinction. They warn that humanity needs to drastically – and urgently – rethink its relationship with the natural world. It’s important to note, however, that some of humanity, such as indigenous peoples, have long been exemplary environment protectors.

“Our planet is in crisis,” said Elizabeth Maruma Mrema, the head of the UN Convention on Biological Diversity (CBD), at a briefing ahead of the talks. She added that a global agreement is:

crucial to ensure that the future of humankind on planet Earth is sustained.

As Mrema’s comments suggest, the planet’s biodiversity is critical for all life, including humans.

Species play important roles in the ecosystems they exist in. And ecosystems, in turn, prop up the wider climatic stability of the Earth.

Take a keystone species like wolves, for example. In the mid-1990s, the US government took wolves from Canada and reintroduced them to Yellowstone National Park. The new arrivals kept elk numbers down, preventing them from over-browsing vegetation that provides material for birds to build nests and beavers to build dams – a phenomenon known as a trophic cascade.

Amaroq Weiss, a biologist and senior wolf advocate for the Center for Biological Diversity compared ecosystems to tapestries, “and when we take out some of the threads, we weaken that tapestry,” she told AFP.

Biodiversity crisis takes a back seat

COP15 was delayed by two years because of the pandemic, despite the UN holding a climate conference in 2021. It’s due to map out an official plan for nature until mid-century for most countries, with the exception of the US, which has not signed up.

It will include key targets to be met by 2030. But with new rules affecting key economic sectors – including agriculture, forestry, and fishing – and covering everything from intellectual property to pollution and pesticides, delegates are grappling with an array of sticking points.

So far, only two out of the 22 targets in the new deal have been agreed upon.

Divisions have also already emerged on the key issue of financing, with wealthy countries under pressure to funnel more money to developing nations for conservation.

A group of developing nations, including Brazil, South Africa, and Indonesia this year called for rich countries to provide at least $100 billion annually – rising to $700 billion a year by 2030 – for biodiversity.

But many Western nations are reluctant to create a distinct fund for nature.

On 1 December, the UN Environment Programme said investments for so-called nature-based solutions must increase to $384bn per year by 2025, more than double the current figure of $154bn per year.

Another fight is brewing over the issue of “biopiracy”, with many mainly African countries accusing wealthy nations of pillaging the natural world for ingredients and formulas used in cosmetics and medicines, without sharing the benefits with the communities from which they came.

However, writing in the Guardian, an unidentified negotiator involved in the talks warned that:

if the protected area target does not commit countries to conserving rare and fragile ecosystems while also upholding human rights, the 30×30 target will be nothing more than a soundbite.

Indeed, the new goal will rely heavily on the involvement of indigenous peoples, according to a landmark UN report on climate change impacts this year.

It’s not going to work if indigenous peoples are not fully included.

But implementation is perhaps the most crucial agenda item to ensure the pledges made are actually carried out by governments.

“We have to admit that success is not guaranteed,” an EU source close to the talks said. “We have a very difficult situation ahead of us.”