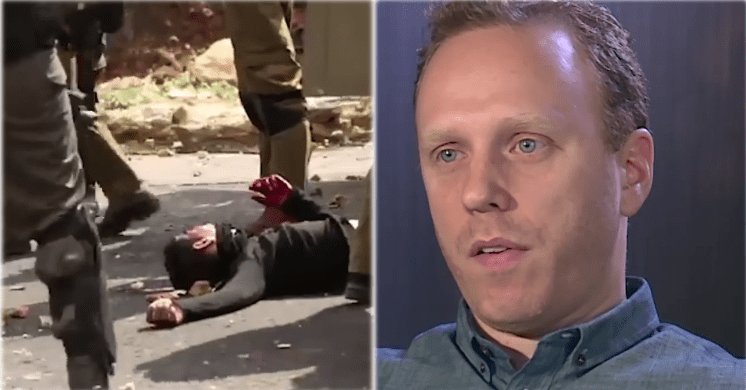 YouTube, owned by Google, says that the internet platform banned the video in 28 countries because it violates “local laws”. Most of the countries YouTube has blocked from seeing the video are European. Elsewhere, YouTube has added a warning to the video and blocked all interactive features:

In response to user reports, we have disabled some features, such as comments, sharing, and suggested videos, because this video contains content that may be inappropriate or offensive to some audiences.

“Nothing was even remotely illegal”

But Blumenthal, author of The 51 Day War: Ruin and Resistance in Gaza, said:

YouTube has claimed that it removed my interview on Israel-Palestine with Abby Martin to comply with laws in 28 countries. However, nothing I did or said in the discussion was even remotely illegal, even in countries with the strictest hate crime laws. My comments were based entirely on my extensive journalistic experience in the region and my analysis was clinical in nature. At no point did I denigrate anyone based on their faith or ethnicity.

The journalist said his motivations were a “strong opposition to Israel’s systemic discrimination against Palestinians” and “dedication to equal rights for all”.

Shining a light on recent acts by Israel’s military

On 30 March 2018, Israel’s armed forces shot at protesting Palestinians in Gaza. At least 17 died and hundreds more were injured.

In the banned video, Blumenthal speaks to host Abby Martin about an alleged ‘shoot to cripple’ policy:

Soldiers were cracking down on demonstrations with live fire to the legs.

It appears Israel is continuing such behaviour in 2018. After the 30 March shootings, Israel’s military tweeted:

everything was accurate and measured, and we know where every bullet landed

Israel said that killing and crippling Palestinian protestors on 31st March was "accurate and measured, we know where every bullet landed". Now YouTube has banned an @EmpireFiles video that spotlights Israel's alleged 'shoot to cripple' policy against Palestinian demonstators: pic.twitter.com/AGi8rvsi4i

In the video, Blumenthal also says Israel has used:

‘dum dum bullets’, which are expanding rounds. So, they’ll bounce around inside your limbs and expand, and really cripple you for life.

When challenged by Vice in 2013, a spokesperson for Israel’s military did not deny using such bullets, which are illegal under the Hague Declaration.

The trend of censoring material that presents Israel in a less than favorable light has only intensified as establishment attacks on critical voices expands. This latest episode confirms my view that the pro-Israel lobby and its willing accomplices in Silicon Valley present one of the greatest threats to free speech in the West

The Canary asked Google for comment but had received none by the time of publication.