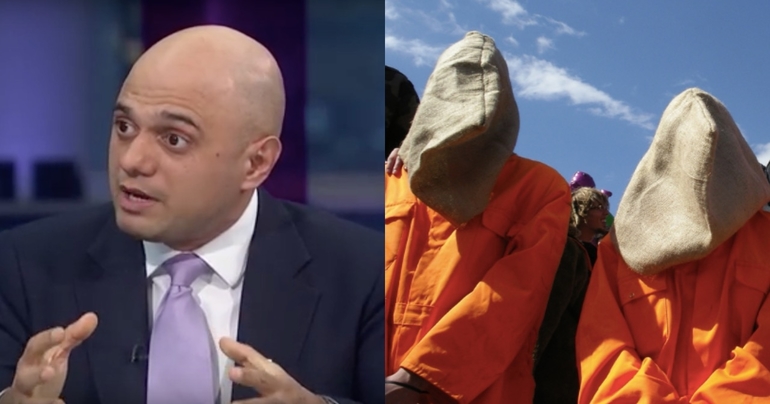 This article was updated on 24 July at 22:26pm to reflect the fact that the UK government has stripped the two men in question of their British citizenship.

Sajid Javid appears to have abandoned the UK’s firm opposition to the death penalty in secret talks with US officials. The home secretary has agreed to hand over intelligence to get two former UK citizens – who fought alongside Daesh (Isis/Isil) – prosecuted in the US.

In a secret letter to US attorney general Jeff Sessions, Javid stated:

I am of the view that there are strong reasons for not requiring a death penalty assurance in this specific case, so no such assurances will be sought

Agreeing to assist the US, he clarified:

As you are aware, it is the long held position of the UK to seek death penalty assurances, and our decision in this case does not reflect a change in our policy on assistance in US death penalty cases generally, nor the UK Government’s stance on the global abolition of the death penalty.

Javid’s letter also reflects his view that the judicial system in the UK is unable to provide adequate justice. He continued:

Ensuring foreign fighters face justice raises a real challenge for all our jurisdictions, however in this instance we believe that a successful federal prosecution in the US is more likely to be possible because of differences in your statute book and the restrictions on challenges to the route by which defendants appear in US courts.

The US currently has additional charges for terrorism offences which are not available under UK criminal law, and those offences carry long sentences.

The documents revealed by the Telegraph [paywall] also state that the men could be sent to Guantánamo Bay prison without trial, and with no formal opposition from the home secretary.

However, a home office source [paywall] told the Telegraph that the US has been warned not to send the men to Guantánamo, stating:

Alexanda Kotey and Shafee Elsheikh were part of a group of four Daesh members who received the nickname ‘Beatles‘ because of their British accents. They were responsible for the beheading of journalists James Foley and Steven Sotloff. They were also involved in the murders of aid workers Peter Kassig, Alan Henning, and David Haines.

‘Jihadi John’ – real name Mohammed Emwazi – led the group prior to being killed by a drone strike in Syria in 2015. Emwazi appeared in numerous beheading videos – including the murder of US journalist James Foley.

Kotey and Elsheikh were captured in January by the Kurdish-led Syrian Democratic Forces.

UK security minister Ben Wallace confirmed on 23 July that the government has stripped both men of their British citizenship.

This is a deeply worrying development… A failure to seek assurances on this case seriously jeopardises the UK’s position as a strong advocate for the abolition of the death penalty and its work encouraging others to abolish the cruel, inhuman and degrading practice.

James Foley’s mother Diane also criticised the possibility of the death penalty being used on the two Daesh members. She claimed it would “make them martyrs in their twisted ideology” and give them “a much easier way out”. Instead, she insisted:

I would like them held accountable by being sent to prison for the rest of their lives. That would be my preference.