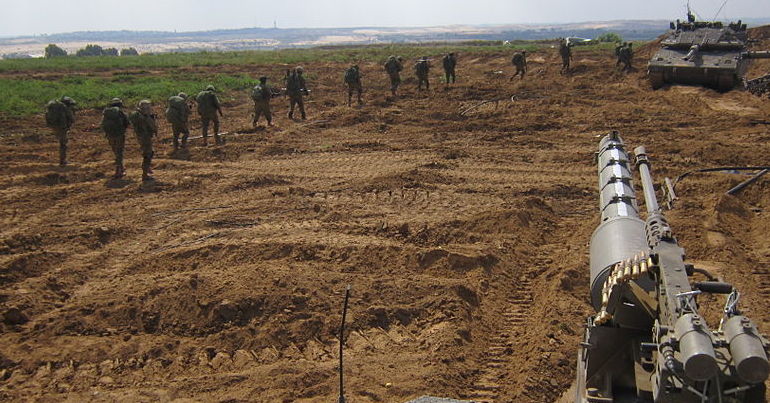 “War crimes or crimes against humanity”

On 28 February, the UN inquiry found that:

The Israeli security forces killed and maimed Palestinian demonstrators who did not pose an imminent threat of death or serious injury to others when they were shot, nor were they directly participating in hostilities.

Chair of the commission Santiago Canton claimed the inquiry had:

As the Independent reported, the inquiry found that:

of the 189 Palestinian deaths, 183 were attributable to Israeli Security Forces… those injured by live ammunition numbered 6,106… a further 3,098 were wounded by bullet fragmentation, rubber-coated metal bullets or by hits from tear gas canisters.

For almost 50 consecutive weeks, Palestinians in the Gaza Strip have been protesting under the banner of the Great March of Return. The protests began on 30 March 2018, commemorating the events of 30 March 1976, when “Israeli police shot and killed six Palestinian citizens of Israel as they protested against the Israeli government’s expropriation of land”.

The Israeli forces killed at least 17 people and injured hundreds more during this first wave of protests. After the shootings, the Israeli military wrote in a now-deleted tweet that:

everything was accurate and measured, and we know where every bullet landed.

Palestinians are demanding their right to return as refugees, and the end of the “prison” conditions that Israel and Egypt’s siege of Gaza imposed over a decade ago.

As protests continue, the Palestinian death toll rises. Israeli forces frequently shoot Palestinian children with live ammunition, and they killed 40 children during Gaza’s protests. The estimated number of children whom Israeli soldiers and settlers have killed since 2000 has risen to over 2,000.

As The Canary recently reported, “the Israeli military continues to act with impunity”. Historian Mark Curtis, meanwhile, writes that the UK government is “colluding in [Israeli] war crimes” by providing considerable “military and intelligence support” to Israel.