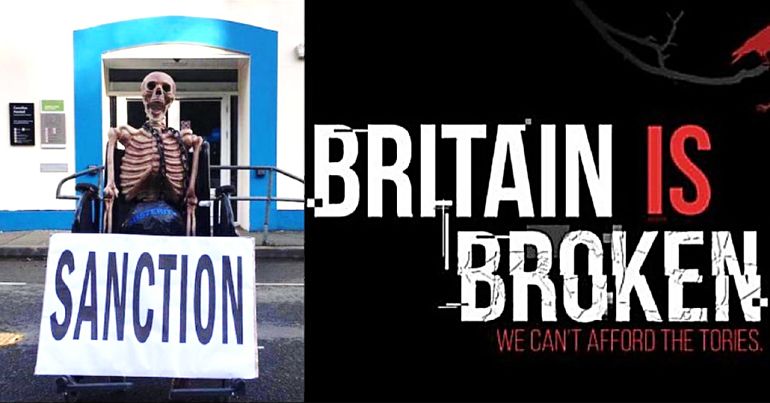 On 2 March, the People’s Assembly Against Austerity has organised a mass rally in Haverfordwest called: Britain Is Broken – We can’t Afford The Tories. This is the latest in a UK-wide ‘tour’ to highlight the devastating effects of Tory austerity.

Jim Scott of Pembrokeshire People’s Assembly, one of the main organisers of the rally, told The Canary:

Tory austerity has been an utter disaster. It has always been an ideological and economically illiterate policy. After nearly a decade of savage cuts to every layer of society, working-class people are suffering under the heavy weight of austerity while the wealth of a privileged few has tripled.

Because, as Scott continued:

The Tories are engaged in a shameless and cynical agenda; transferring wealth from the public purse into the pockets of the super rich. The Tories are literally picking the bones of our society and it is time for them to go. We need a general election now!

Ahead of the rally, the People’s Assembly has been touring around Pembrokeshire, Wales, with ‘Sanctioned Steve’. Steve is “the Tory’s skeleton in the closet”. 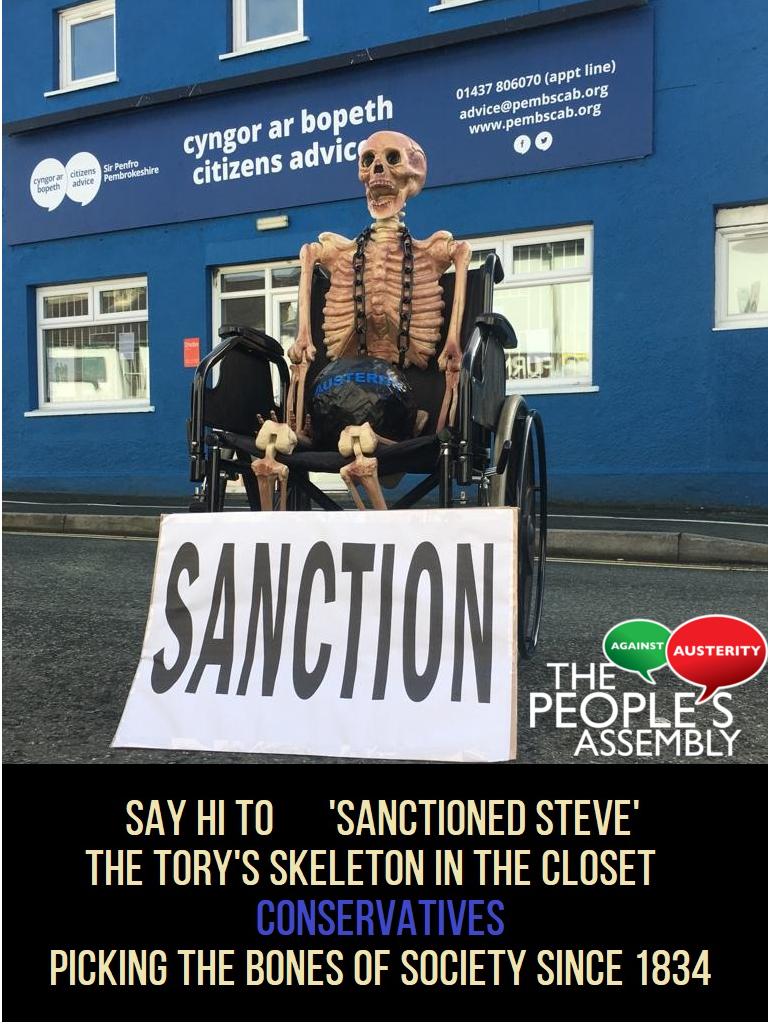 So far, Sanctioned Steve has:

visited the job centre to ask them why they were fulfilling sanctioning targets over people’s welfare and causing so many people to suffer. The Tories’ brutal sanctioning regime has forced thousands to go without any form of income for 100 days or longer in some cases, creating homelessness, poverty and destitution. Universal Credit rollout is making this problem even worse.

He’ll also visit Welsh Citizens Advice Bureaux, to question them about £51m the DWP “gave them to run a benefits support service and ask them if they are really just doing the government’s bidding”. You can follow Sanctioned Steve’s tour on Facebook.

Preseli Pembrokeshire has been Conservative since MP Stephen Crabb was first elected to parliament in 2005. In 2015, he held the seat with a majority of almost 5,000. By 2017, that majority had crashed to just 314. As a crowdfunder to raise money for the rally says, the former DWP secretary “is universally disliked”.

Pembrokeshire People’s Assembly has “campaigned tirelessly” for six years “to highlight” the impact of austerity “and cuts” which Crabb has voted for. As The Canary has reported, in 2017 huge crowds gathered for a similar event to #UnSeatCrabb.

Tory austerity has failed… [It] has been a shameless transference of wealth from the public purse into the pockets of the super rich. It’s as simple as that. The Tories are picking the bones of our society and it is time for them to go.

The rally is due to assemble at 2pm on 2 March in Castle Square, Haverfordwest. Speakers will include former Plaid Cymru leader Leanne Wood and Mark Serwotka, president of the Trades Union Congress (TUC). There will also be speeches from Disabled People Against Cuts (DPAC), Women Against State Pension Inequality (WASPI) and Wales Green Party leader Anthony Slaughter.

A comedy gig, Stand Up Against Racism and Austerity, will take place in the evening: 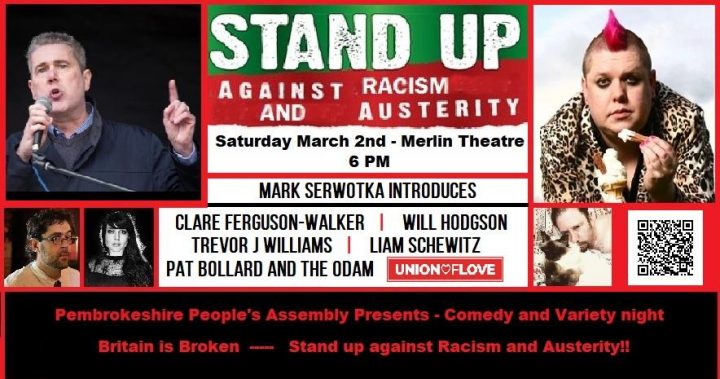 As Tory austerity continues to destroy people’s lives, it’s clear that people have had enough. Events like this show people power at its best.