Labour is about to unseat eight top Tories. A glance at who’s going down is like Christmas come early [VIDEO] - Canary Workers’ Co-op 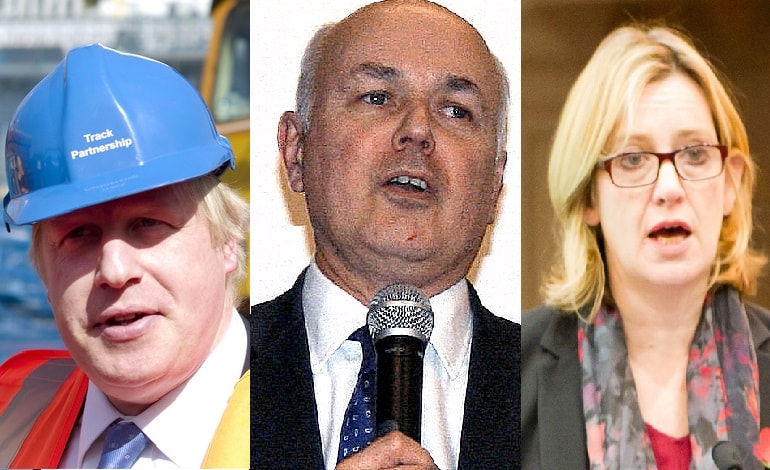 The Labour Party, assisted by campaign group Momentum, is about to unseat eight top Tories in the next election. And a glance at who’s going down is like Christmas come early.

The Jeremy Corbyn-led movement for change shocked the establishment in 2017. The Conservative Party lost its majority in parliament. Hit by an unprecedented swing in the polls, top Conservatives saw their constituency majorities heavily slashed. But many others weren’t so lucky. Nine of May’s government ministers lost their seats to a resurgent Labour.

Now, a campaign spearheaded by Momentum and journalist Owen Jones looks set to finish off eight of the most high-profile Tory MPs. The collapsing majorities of the targeted Tories show just how vulnerable they are. Boris Johnson, the Foreign Secretary, saw his local majority chopped in half. Education Secretary Justine Greening’s fell by 85%. After a number of recounts, Amber Rudd’s majority nosedived by 93%. The Home Secretary holds onto her seat by just 346 votes.

Conservatives on course for a huge loss

The Corbyn movement was on an upwards trajectory when the general election hit. Opinion polls suggest that Labour would have won just a couple of days later.

Still, the momentum continues. While the media has been quieter on polling, Labour has been ahead in every poll except two since the election. And multiple surveys have shown people prefer Corbyn to May for Prime Minister.

Labour offered a clear and viable alternative in the recent General Election and now Conservative cabinet members like Boris Johnson, Amber Rudd and Justine Greening are no longer sitting in safe seats…

We helped create a ‘Portillo moment’ for Nick Clegg in Sheffield Hallam in June, and we plan to do the same for senior Conservative MPs next time around.

A ‘Portillo moment’ refers to Labour unseating then Tory Defence Secretary Michael Portillo in the 1997 election.

‘You can make it happen’

Via social media, Owen Jones lays out the #Unseat plan:

LAUNCHING: The #Unseat campaign, with @OwenJones84.

It’s difficult to gauge which unseated Tory would make people happiest. Boris Johnson has referred to African people as “flag-waving piccaninnies” with “watermelon smiles”. As David Cameron’s Work and Pensions Secretary, Iain Duncan Smith faced a criminal investigation from Scottish police for policies that may have caused “countless deaths” of disabled citizens. Trump-supporting Philip Davies has repeatedly filibustered measures seeking to tackle domestic violence against women. (Filibustering is when an MP talks for so long in parliament that the time runs out, meaning the bill cannot pass.)

Along with the Conservative Party as a whole, these eight top Tories sit on wafer-thin majorities. While a large chunk of the public thinks May should resign, the establishment may well not let that happen. The powers that be are bricking it, given that another election may well put Corbyn in Downing Street.

Still, whenever the next election happens, we can take down these eight Tories and remove their party from government. If we all get involved, that is. Because the only way to win is to continue the conversations that powered the historic 2017 election result.

– Quit slaving to a rigged system and hop on board with Unseat.

Featured image via BackBoris2012, Wikimedia and Association for Decentralised Energy