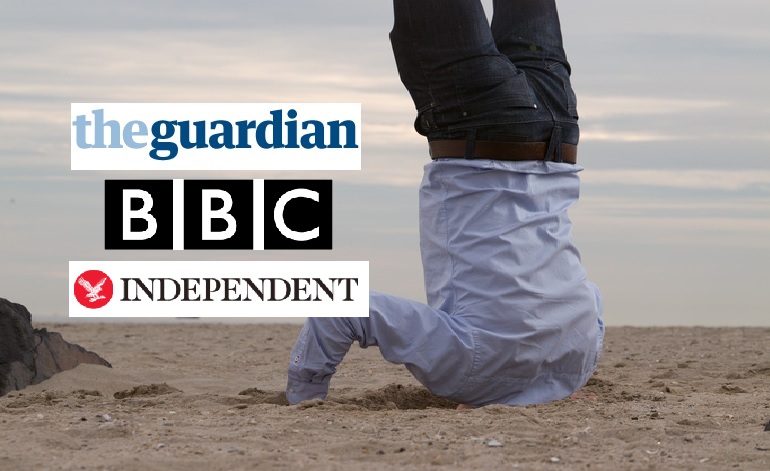 On Wednesday 16 August, the Office for National Statistics (ONS) released the latest employment figures. And while much of the mainstream media focused on the headline-grabbing, seemingly positive statistics, delve a little deeper into the figures and the truth about seven years of Conservative-led rule is revealed. One that Theresa May probably would prefer wasn’t.

The Guardian, for example, initially reported the main points from the ONS release as: 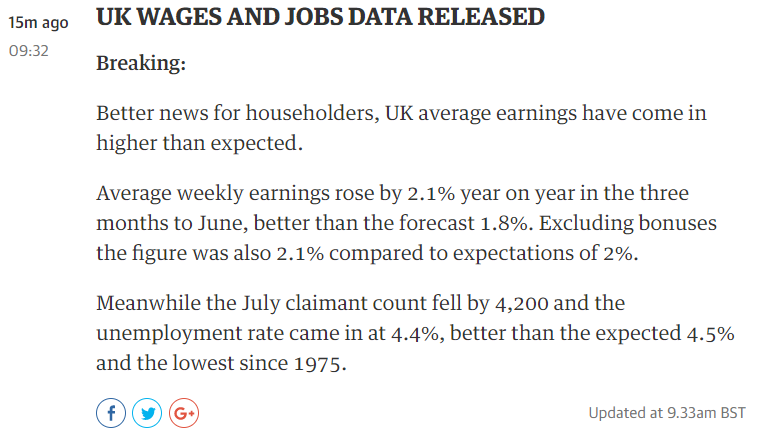 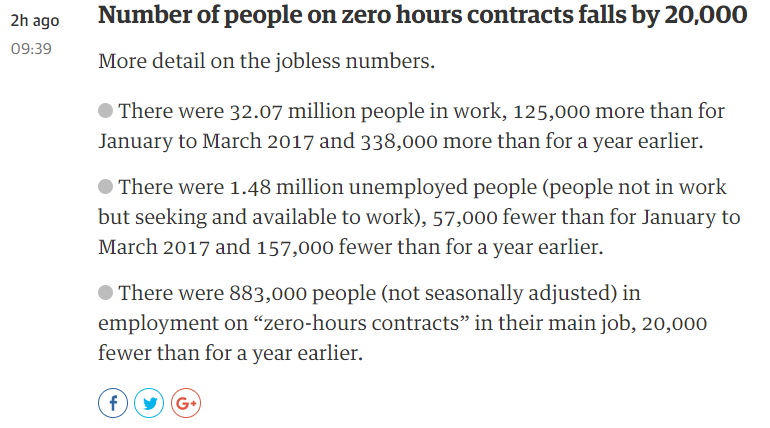 But it did go on to say that:

Despite the acceleration in earnings growth, living standards remained under pressure because pay has failed to keep pace with inflation, which stood at 2.6% in June.

Albeit with the headline UK pay growth picks up as unemployment rate falls again. The reality of what the ONS said was actually:

Latest estimates show that average weekly earnings for employees in Great Britain in real terms (that is, adjusted for price inflation) fell by 0.5%, both including and excluding bonuses, compared with a year earlier.

Over at the BBC, and it managed to report the 0.5% fall in wages, but merely skimmed over the headline figures from the ONS. But The Independent failed entirely to mention that wages have fallen; simply saying, without explanation:

…pay growth was still subdued, with average weekly earnings in the three months up at an annual rate of only 2.1%… well below the latest inflation rate of 2.6% in the year to July.

But the fact that people’s actual wages have fallen (not simply “failed to keep pace with inflation”, as The Guardian put it) masks the reality of the ONS figures, buried deep within its spreadsheets.

The Conservatives claim that:

Under this Conservative Government, more people are in work than ever before pic.twitter.com/TlDbMpAcXh

But this is not strictly true. Because, since the Tories first came to power, the ONS says that based on employment figures for May-July 2010 [spreadsheet row 228] (the first data set with the Tories in coalition) compared to its latest release [spreadsheet row 311]:

The ONS also noted that some of the increase in employment, and decrease in economically inactive people, was:

largely due to ongoing changes to the State Pension age for women resulting in fewer women retiring between the ages of 60 and 65.

So, the reality of the Tories’ claim of three million more people in work is actually that, while two-thirds of employment growth since May 2010 is in full-time employment, the rest is made up of self-employed roles, temporary contracts and people working for free.

And for young people, the picture painted under the Tories is also bleak. Because since 2010 [spreadsheet rows 228/311]:

We’re all worse off

But perhaps the most damning figure for the Tories is that on real wages. Because while the ONS reports that real terms wages have fallen 0.5% year-on-year, the drop since May 2010 is even greater. The ONS says:

Former Prime Minister David Cameron coined the phrase “jobs miracle” in 2015, to refer to the Tories’ claims about increased employment. But, the reality is far from that. Since the Tories came to power in 2010, more people are in precarious self employment; the public sector has been decimated; young people have been abandoned and we’ve all seen our wages plummet. So, far from being “all in this together”, the UK is becoming a dustbin for employment opportunities. And the media can’t even be bothered to tell us so.