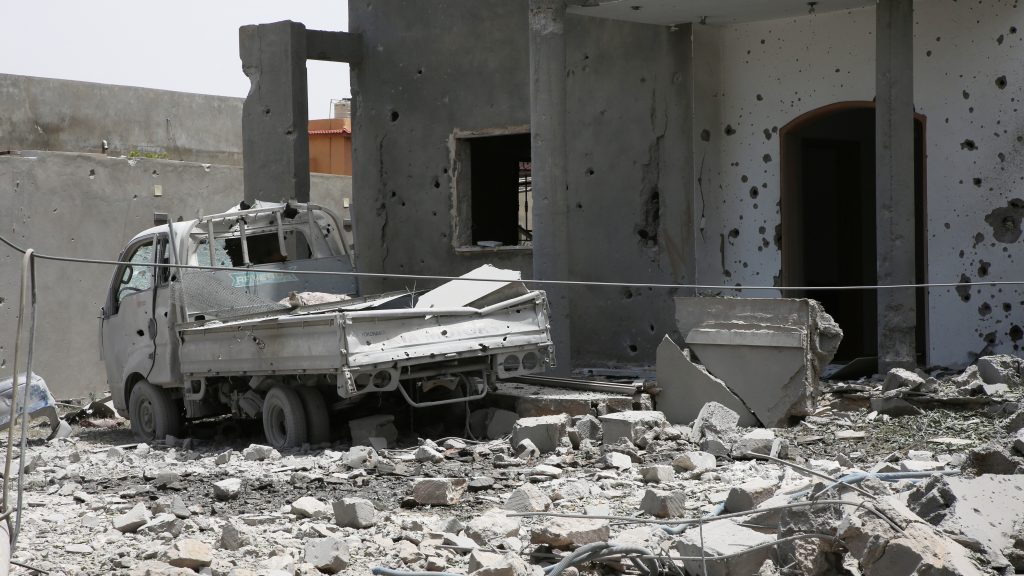 A commander in Libya whose forces are fighting to take the country’s capital of Tripoli from militias allied with a UN-backed government based there has dismissed an initiative by its prime minister for negotiations to end the crisis. Khalifa Hafter also vowed to press his campaign and rid Tripoli of what he says are “terrorist militias”.

According to Reuters, Hafter considers himself to represent “a bastion against Islamists”. The outlet also explains that, while Turkey’s Islamist government has armed the forces in Tripoli, Hafter’s forces have received supplies from the United Arab Emirates and Egypt.

The BBC explains that Hafter “is popular in the city of Benghazi for his role in driving out Islamists”.

Hafter was once a general in long-time Libyan leader Muammar Gaddafi’s army. But he turned against Gaddafi in the late 1980s. According to the BBC, he then devoted “the next two decades towards toppling the Libyan leader”. As the outlet points out:

He did this from exile in the US state of Virginia. His proximity to the CIA’s headquarters in Langley hinted at a close relationship with US intelligence services, who gave their backing to several attempts to assassinate Gaddafi.

Fears of another bout of violence

Hafter spoke on Wednesday to a local news website, almarsad.co. He said “military operations will not stop” until Tripoli is taken.

In April, Hafter’s self-styled Liberation National Army, which is based in eastern Libya, launched the offensive. The campaign, criticised by the UN and aid agencies, has killed hundreds and displaced thousands of civilians. It has also raised fears of another bout of violence after the Western-backed 2011 uprising that toppled and killed Muammar Gaddafi.