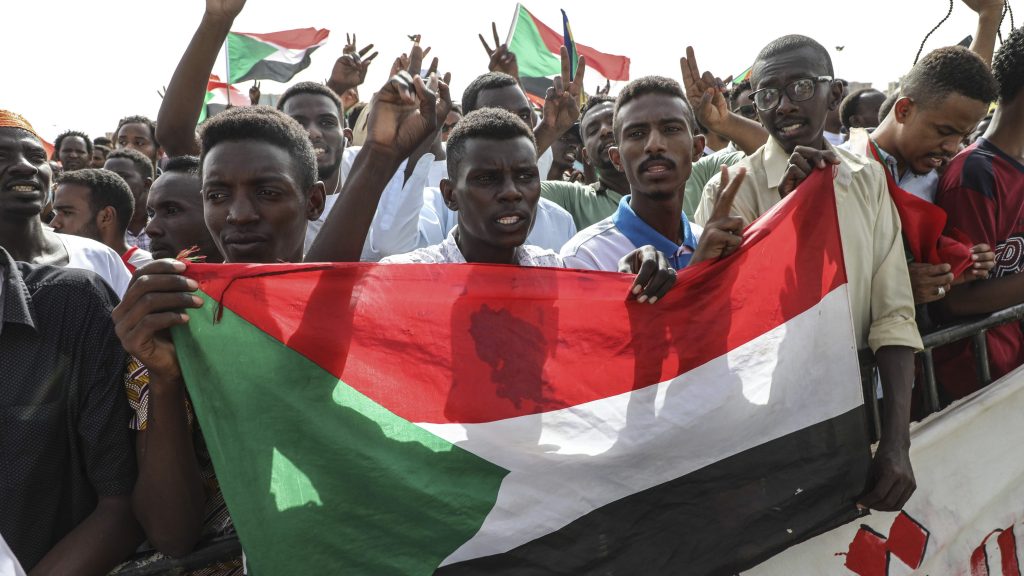 Thousands of students in Sudan joined protests across the country condemning the violent dispersal of a demonstration the day before that left six people dead.

The killings reignited tensions between the pro-democracy movement (which led the mass protests that forced the military overthrow of long-ruling autocrat Omar al-Bashir in April) and the military council that has ruled in recent months.

The two sides had been set to hold talks to finalise a powersharing agreement, but those were postponed after the killing of the students.

Security forces opened fire on a demonstration by teenage students in the city of Obeid on Monday.

At least six people were killed, including four students. Protest leaders say they were killed by security forces, while local authorities say they have launched an investigation.

Tuesday’s marches were called by the Sudanese Professionals Association, which spearheaded the uprising that began in December and eventually toppled al-Bashir.

The umbrella group is part of a larger coalition, known as the Forces for the Declaration of Freedom and Change, that is negotiating with the military over a transition to civilian rule.

Videos posted online showed thousands of students in school uniforms, with schoolbags on their backs, marching in the streets of Khartoum and other places. One video showed students in the capital waving Sudanese flags and chanting slogans such as: “Free revolutionaries, we will continue our way forward.”

Officials in North Kordofan, where Monday’s shootings took place, suspended classes shortly after the violence and imposed a nightly curfew in parts of the province.

The protest coalition and the military council had been set to meet, but protest leader Nour al-Din Salah said his side pushed the meeting to Wednesday following the latest violence.

“A delegation from the Forces for the Declaration of Freedom and Change has travelled to the city of Obeid… The delegation includes the main negotiators,” Salah said.

Both sides agreed on the outline of a powersharing deal earlier this month but remain divided on a number of key issues, including whether military commanders should be immune from prosecution for violence against protesters.

Last month, security forces violently dispersed the protesters’ main sit-in outside the military headquarters in Khartoum, killing at least 128 people and plunging the fragile transition into crisis. The two sides returned to talks later that month.