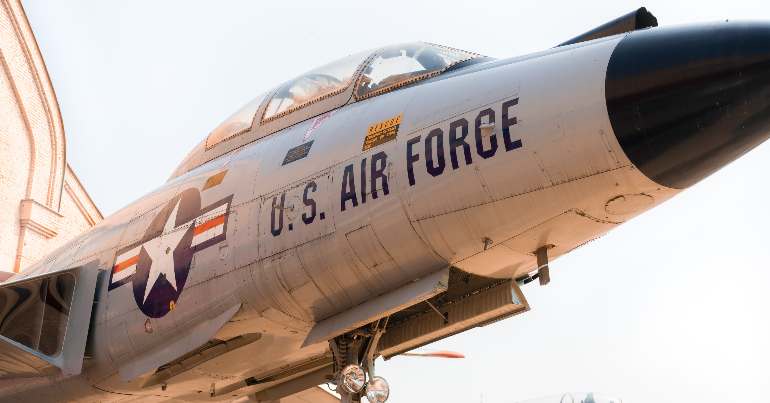 When it comes to carbon emissions, the transport, energy and food industries are usually (and rightly) in the crosshairs of progressive activists and media commentators. But a recent study reveals that there is another major culprit: the US military. In addition to its record of violating human rights, national sovereignty and international law, it turns out that the US military is also a major producer of carbon emissions as well.

A carbon behemoth in its own right

The study from three UK-based academics shows that, if the US military were its own country, it would be the 47th biggest greenhouse gas emitter in the world, ranking between Peru and Portugal. Summarizing their findings in the Conversation, the researchers say their report “shows that the US military is one of the largest polluters in history.”

The study concludes that “action on climate change demands shuttering vast sections of the military machine.”

Unfortunately, however, there are huge impediments standing in the way.

The US currently spends more on its military than the next seven countries combined (at least). And far from trying to bring down this staggering cost, every year the US congress approves yet more military funding. In spite of often paying lip service to opposition to war, meanwhile, even some purportedly progressive members of congress vote in favor of bills pledging yet more money to the military.

How could this be so? Well, in his farewell address before leaving office in 1961, then-US president Dwight Eisenhower (a Republican) warned of the dangers of the emerging military-industrial complex. He said:

In the councils of government, we must guard against the acquisition of unwarranted influence, whether sought or unsought, by the military-industrial complex. The potential for the disastrous rise of misplaced power exists, and will persist.

In particular, Eisenhower warned about vast private interests corrupting US politics. And he pointed out the extent to which companies profiting from the business of war would in future take on a life of their own. During World War II, the US vastly expanded its military production. Afterward, industries involved in defense ensured that they would not decline in the post-war era. As a result, they built a huge lobbying apparatus to keep military spending (and, in turn, their profits) sky-high.

As deindustrialization due to outsourcing and so-called ‘free trade’ hit traditional manufacturing communities across the country, factories producing war machinery came to take their place. As a result, many places in the US are dependent on arms factories for jobs and prosperity. Given this reality, many congress members have been reluctant to vote against or otherwise threaten the huge and increasing amount of money the federal government spends on the military.

Opposition is becoming mainstream, but it’s still an uphill struggle

In spite of the overwhelmingly bipartisan consensus for this spending, recent years have seen opposition to the military-industrial complex enter the mainstream. In 2016, for example, self-described democratic socialist Bernie Sanders came close to beating establishment favorite Hillary Clinton in the Democratic Party primaries. Though he ultimately lost, his campaign brought progressive ideas, including opposition to senseless war and huge military spending, into the political mainstream.

Speaking at a campaign rally in May this year, meanwhile, Sanders stressed:

Let me say a word about something that very few people talk about. And that is we need to take on the Military Industrial Complex. And we say to the Military Industrial Complex that we will not continue to spend $700 billion a year on the military. We want and need a strong defense. But we do not have to spend more than the next 10 nations combined.

The foreign policy establishment and military industrial complex wage one regime change war after another under the guise of humanitarianism—wars that INCREASE the people’s suffering and devastation in those countries, and strengthen jihadists like al-Qaeda. pic.twitter.com/f9ic9pkoqP

Leading Democratic Party establishment figure Joe Biden, on the other hand, voted for the devastating invasion of Iraq. And as vice-president under Barack Obama, he was complicit in the targeted drone assassination program and military operations in Afghanistan, Iraq, Syria, Libya, Yemen, Somalia and Pakistan.

By electing genuine progressives like Sanders or Gabbard, however, citizens may just have a chance of weakening the military-industrial complex and the climate chaos it’s helping to fuel.