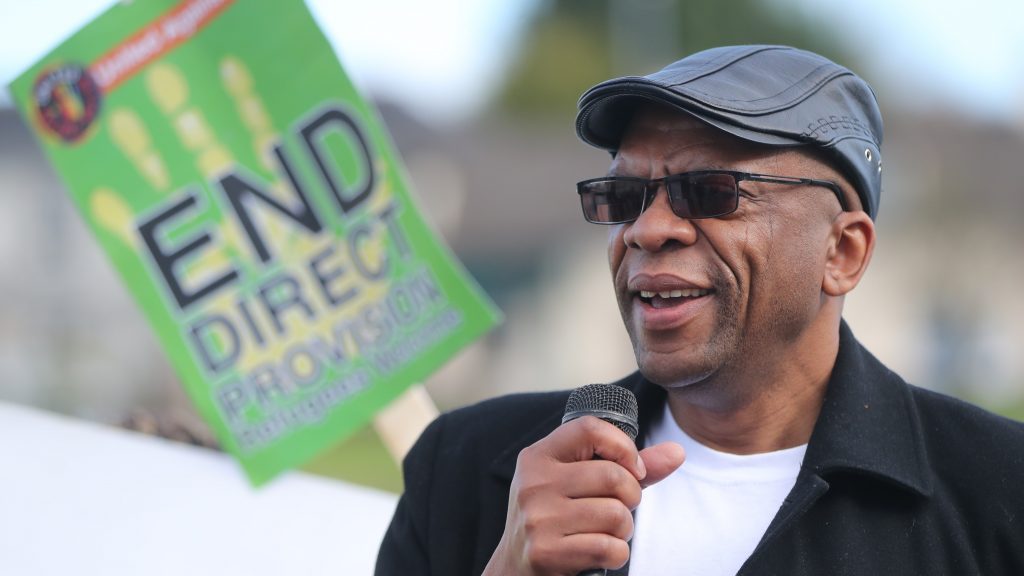 A charity which has undertaken a 90-day tour of Direct Provision Centres across Ireland says it found people living in appalling conditions.

Movement of Asylum Seekers in Ireland (MASI), an NGO which supports asylum seekers, visited a number of sites and says it found a lack of appropriate accommodation and food.

During a visit to the Maldron Hotel in Limerick, MASI worker Donnah Vuma said she met a mother with a 20-day-old infant who had no nappies or baby formula.

Both asylum-seeking parents are not allowed to work, and thus cannot provide for their newborn.

MASI said it engaged with NGOs such as Doras Luimni and Every Child Is Your Child to mobilise donations for the parents, who are living in the hotel with no support.

The hotel said it is only contracted to provide a bed and three meals a day.

MASI said it found similar conditions in each commercial premises it visited, including the Ballsbridge Hotel and in B&Bs, which were not providing the bare minimum services ordinarily provided to asylum-seekers in Direct Provision.

MASI also claims substandard and inadequate food was being served in Roscrea Direct Provision centre “The White House” in Tipperary, with similar complaints made about the centre in Dunkerrin, Offaly.

“Also in Roscrea, we found a house that would ordinarily accommodate one family occupied by several families, each family stuck in one small bedroom,” the MASI report said.

“The living room, small refrigerator, washing machine and kitchen in that house is shared by over 50 asylum seekers, including children who have no play area and one homeless Irish family.”

Concerns were raised about those in Direct Provision who needed medical attention and did not know how and where to access healthcare.

Lucky Khambule, co-founder of MASI, called on the Irish Government to work with civil society to start making plans to phase out the “abhorrent and inhumane system” of Direct Provision.

He said: “The Government must vindicate the rights of asylum seekers in Reception and Integration accommodation.

“The process of phasing out Direct Provision starts with broadening access to the labour market, supporting asylum seekers to live independently and ending segregation that is akin to that much-loved by white supremacists that ran Apartheid South Africa.

“Seeing infants being deprived of their material needs such as baby formula and nappies is incredibly upsetting.

“Such disgraceful and inhumane conditions in many Direct Provision and emergency accommodation centres leave Ireland in breach of EU law.”

A Refugee Council report in July found Ireland is in breach of EU law over failures to meet reception conditions. Despite a clear obligation on the State to assess each person within 30 days of seeking asylum to determine if they have special reception needs, there is currently no vulnerability assessment in place.

A spokesman for the Department of Justice said the 38 dedicated accommodation centres provided by the Reception and Integration Agency (RIA) for asylum seekers in the State are currently operating at full capacity.

He said: “Any premises offered as emergency accommodation are inspected by RIA staff to ensure that the bed and board services requested can be delivered.

“RIA is working hard to ensure that residents in emergency accommodation are re-accommodated in an accommodation centre as quickly as possible, where a wide variety of supports are already in place.”

There are currently 6,033 people living in Direct Provision across Ireland.