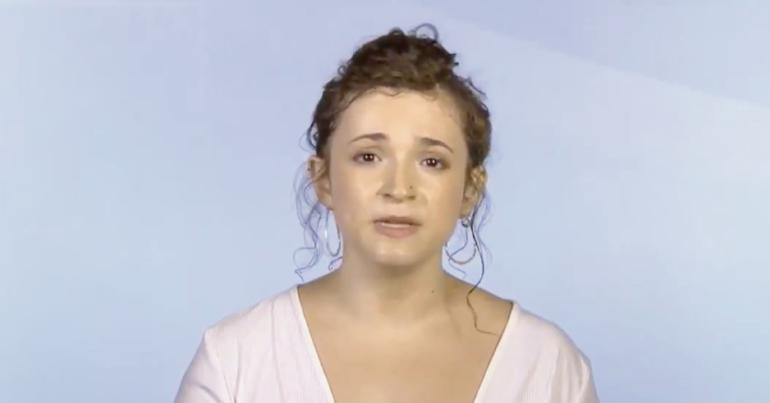 Novara editor Eleanor Penny appeared on Sky News on 6 August. During the segment, presenter Jayne Secker suggested the UK “far left” are “in no way innocent” in a discussion of the recent mass-shootings in America. Penny quickly dismantled this ridiculous claim.

I went on to Sky News to discuss the horrific shootings in the USA by far right terrorists. Presenter then implied that the 'far left are in no way innocent here'. We need to combat these astonishing and irresponsible false equivalences. Watch this. pic.twitter.com/zqVzoBTCAb

Penny said she’d gone on to “discuss the horrific shootings in the USA by far right terrorists”. At the beginning of the video Penny shared, Secker says:

After patiently sitting through this, Penny stripped down what’s wrong with it:

I think that’s a rather extraordinary statement given that far-left terrorism is basically non-existent… across the world, and far-right terrorism has claimed many, many dozens of lives.

Secker next raised the ‘antisemitism crisis’ in Labour, saying:

Penny herself addressed everything that’s wrong with the media pointing at pockets of antisemitism in Labour while ignoring racism everywhere else:

we absolutely need to recognise that antisemitism is deeply woven into the fabric of our society. You can see that in the manifestos of the far-right shooters… in recent years – from Christchurch, to… the Tree of Life Synagogue shooting.

The anti-migrant sentiment and antisemitism are in fact deeply bound up together, and deeply linked to this sense of white victimhood – the idea that white society is somehow under seige from an invasion of ‘othered’ people.

It’s the language that Trump has been reflecting; it’s the language that’s been increasingly popularised across our society in recent years. And to really tackle antisemitism, we need to not pretend that this is a particular proclivity of one particular sect of society – whether on the left or the right – but recognise that its roots go deep, and that we are all responsible for routing it out of ourselves, our communities, and of our nations as a whole.

Secker has form – famously being the landlord presenter who used her position in an incredibly dubious way:

In another glorious day for Britain's oh so impartial broadcast media, a Sky News presenter who is a private landlord uses an interview about Britain's housing crisis to slag off private tenants. https://t.co/e5MmEmRSZ0

This latest interview shows how dangerous mainstream media discourse has become. The media hasn’t just done a horrible job holding the far right to account; it’s demonstrably encouraged and radicalised people in that direction. We’re now seeing the impact of years of migrant-bashing from politicians and the media. Predictably, the media is blaming the very people who warned it this would happen.