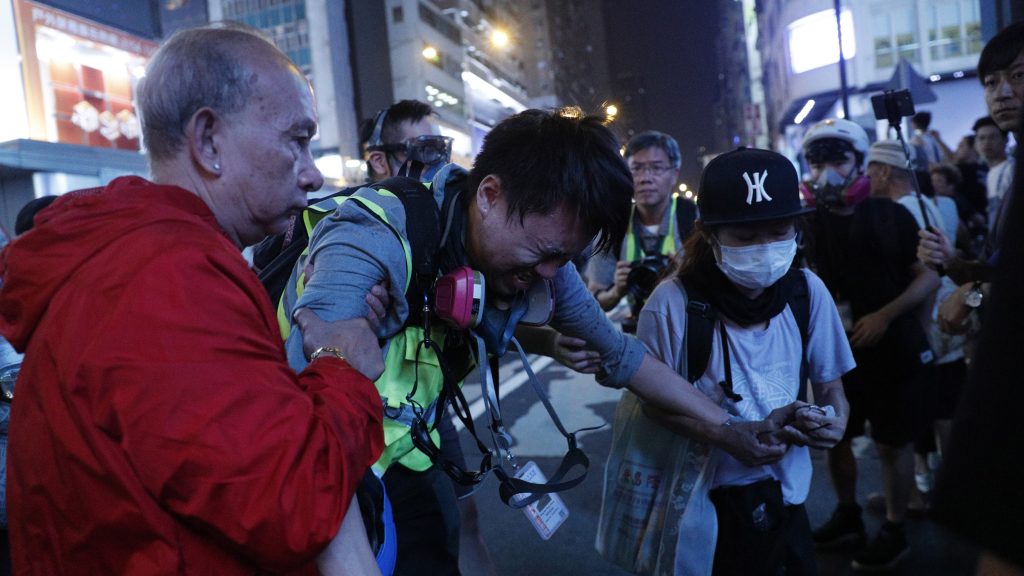 A reporter has disrupted a police news conference in Hong Kong to protest against what she called escalating violence by officers against journalists covering the city’s pro-democracy protests.

The reporter interrupted the briefing on Monday by reading a statement alleging police mistreatment.

To emphasise her point, she used a high-powered strobing light similar to the ones police have used on photographers and video journalists.

Five officers taking part in the news conference left the stage, leaving the reporter, identified on social media as a freelancer, to deliver her remarks before staff intervened and removed her.

Tensions are rising between police and media after violent demonstrations on Sunday night in which police used aggressive tactics against media and detained a photojournalist overnight.