Tories keep lying about the NHS, but a new poll shows the truth - Canary 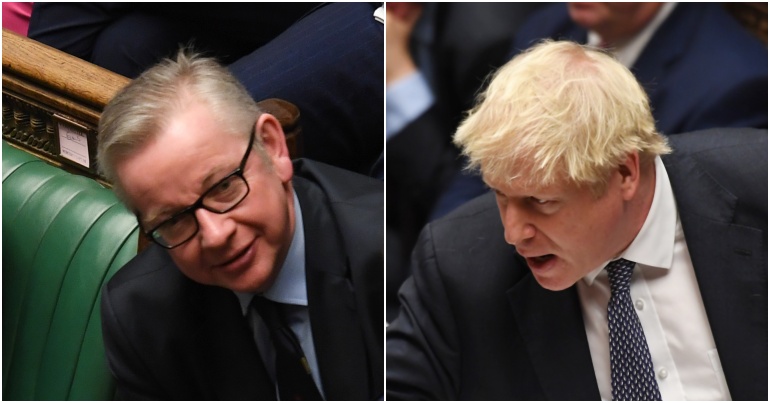 A new poll commissioned by campaign group We Own It shows that nearly half the country doesn’t trust Boris Johnson to protect the NHS from future trade deals with the US. But that hasn’t stopped other Tories telling even more lies.

“You and your party have got form”

We Own It commissioned Survation to carry out the poll. It revealed that the UK public:

The poll also found that:

The results are compelling. Jeremy Corbyn pointed to why the public “don’t trust” Johnson or the Conservatives:

.@BorisJohnson, the public don't trust you with the NHS because you and your party have got form.https://t.co/akPZ9kMBJy

You can’t trust Tories to protect our NHS:

🇺🇸 Trump said NHS is on the table.

💵 Under Tories billions worth of NHS services are handed to private firms.

🔐 A US trade deal locks in this privatisation.

💊 A US deal forces NHS to buy pricier US drugs.https://t.co/0LX9u4ping

Ellen Lees, campaigns officer at We Own It, said:

This poll shows clearly that the public understand just how big of a threat a US trade deal is to our NHS. And it shows that they’re firmly against the idea that our NHS could be sold off bit by bit to…Trump and American private healthcare giants.

Because the private sector already has a major role in the NHS, it is automatically on the table in a trade deal – no matter what Boris Johnson says.

Since 2010, the NHS has faced near-constant proportional funding cuts. Conservative-led governments have destroyed core services. But although broken, it’s still our NHS, thanks to the incredible staff holding it together. Many people blame the Tories’ underfunding and backdoor privatisation for worsening conditions.

But that didn’t stop Michael Gove wading in with more lies about the NHS and Corbyn:

Dear @jeremycorbyn – the NHS has been kept safe and well funded for most of its life by Conservative Governments – while you’ve been supporting murderous extremists – and undermining the wealth creators who pay for public services – so please stow it https://t.co/WBBeBVKj5C

Murderous extremists? You're nothing but Johnson's yes man! Don't you DARE say the you lot have kept OUR NHS safe! Tell that to us staff dropping like flies through overworking! Tell that to the patients who have to wait over 4 hrs in A&E. You want it sold off. F**k you Gove pic.twitter.com/fmmMdbrzKl

So why, Mr.Gove, when I phoned for a GP appointment at the allotted 8.00 am (and 30 seconds) am I “39th in a queue” only to be told, when I eventually get through, that there are no appointments. You cannot take away our experience by lying about #JeremyCorbyn We see you! #JC4PM https://t.co/D6VXBwljto

We’re glad to hear Michael Gove’s commitment to keep our NHS safe. The problem is, we can’t do that if we sign a trade deal with Donald Trump that sells off our NHS bit by bit.
The only way to protect our NHS from a trade deal is to end privatisation.

In June, both Trump and a US ambassador suggested the NHS would be “on the table” in future US / UK trade deals. And comments came to light from Johnson’s chief adviser Dominic Cummings which gave further insight:

And here’s @realDonaldTrump admitting the NHS would be on the table in a US-UK trade deal: pic.twitter.com/ws57vZzgrf

Although Johnson later denied this, as this poll shows, few people trust them.

On 23 October, Conservatives and the DUP voted against Ashworth’s amendment to end NHS privatisation. The Lib Dems abstained.

Legislation to return the NHS wholly to the care and responsibility of public service and ending privatisation is the only cast-iron defence against a Johnson-Trump deal.

Only this will guarantee for our children the future of the NHS as a public service for all.

The Tories won’t stop lying about the NHS. But as this poll shows, people know this, and we all need to work together to save it.