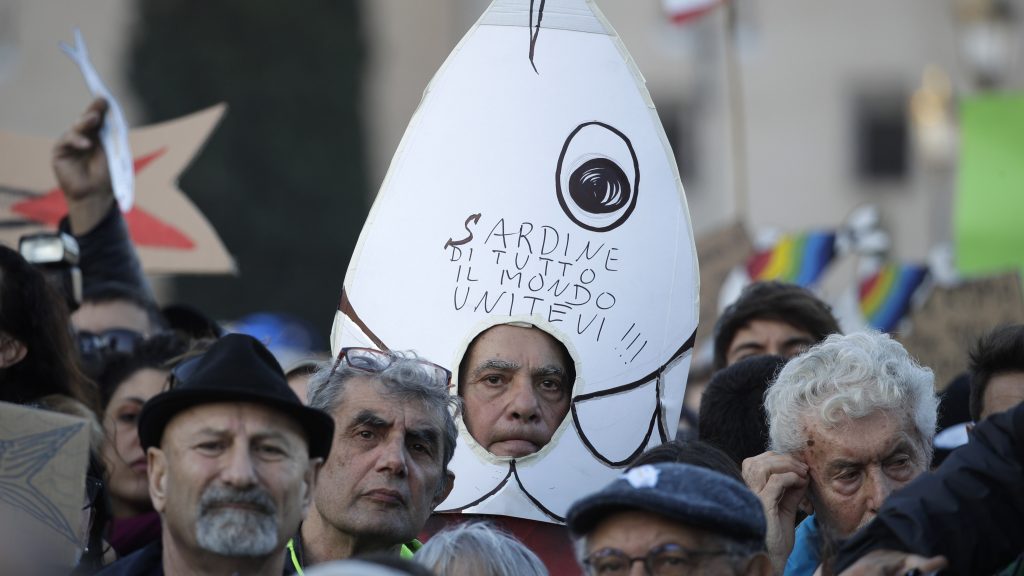 Tens of thousands of members of the Italian anti-populist Sardines movement gathered in Rome on Saturday for their first national rally, as people said disillusionment with traditional politics drew them to the fast-growing new group.

The movement born last month with a spontaneous rally in Bologna focuses on “inclusive” social laws and pro-migration and pro-environment measures.

Its founders say they have no ambitions to become a political party, but the Sardines have become a strong adversary for Matteo Salvini, the right-wing leader of the League, Italy’s largest political party.

“It’s a spontaneous demonstration that aims to change this society, with all the consequences that this brings,” said protester Daniela Mazzeo.