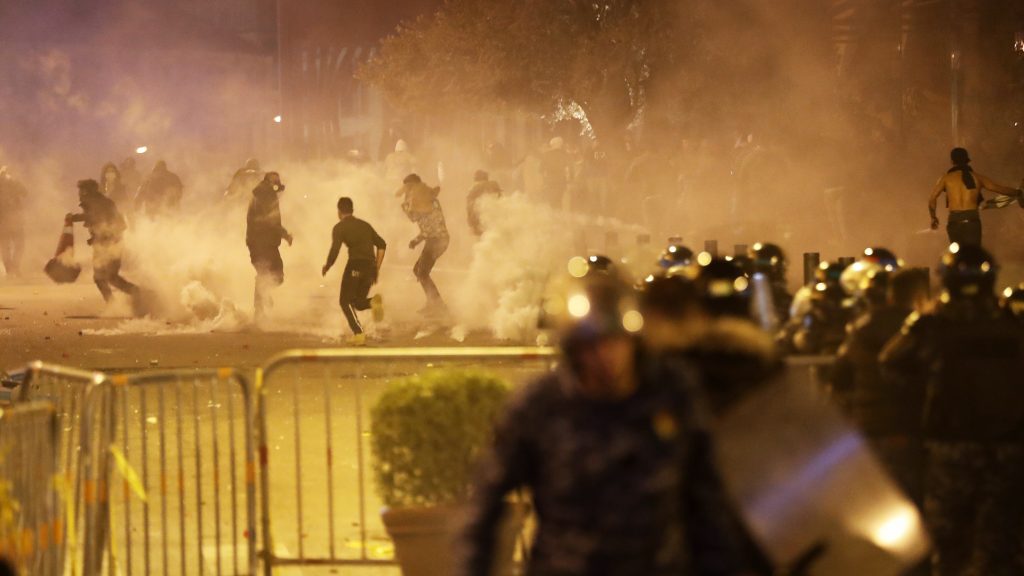 Security forces fired rubber bullets and tear gas as violence between police and anti-government protesters in Lebanon flared up.

The violence was some of the worst in the capital Beirut since demonstrations began two months ago.

For first time in Beirut, anti-riot police fired rubber bullets at protesters, whom they chased away from the city centre.

It was not clear what caused the harsh crackdown meted out against the anti-government protesters following earlier clashes with those who attacked the protest camp.

The tension comes only two days before the president meets with parliamentary blocs to name a prime minister.

Earlier consultations were postponed amid the failure of rival political groups to agree on a new head of government.

Protesters have been calling for a new government unaffiliated with establishment political parties after the government headed by former Prime Minister Saad Hariri resigned in October.