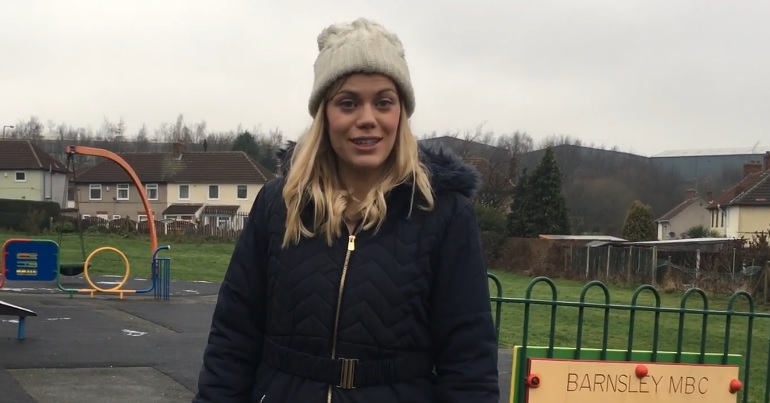 CORRECTION: This article was updated at 2.40pm on 17 December to attribute the original report to Novara Media rather than the Independent.

Miriam Cates won the seat of Penistone and Stocksbridge for the Conservatives on 12 December. Boris Johnson threw his weight behind Cates. But who exactly is she?

Well, she’s certainly someone who’s fallen on her feet in austerity-ravaged Britain (unlike the millions of children living in poverty). Not only has she secured a place in parliament with the party responsible for that austerity but, as Novara Media‘s Craig Gent and Charlotte England revealed, she and her husband also run a company that charges charities to help them clean up the mess created by it.

Cates and her husband launched an app called Foodbank in 2014. As Novara Media reported, the app:

Cates charges foodbanks £180 for “registering and subscribing” to the app. The initiative appears to be part of Donate Technologies, whose CEO is the MP’s husband Dave Cates. The technology company’s website explains what its “vision” is:

With a successful background in software delivery, we saw the potential for a digital solution to transform the way charities interact with their supporters and keep them engaged.

Amid the vicious austerity regime, charities have become more important than ever. The explosion of foodbank use in Britain – and in England in particular – illustrates this. So yes, there is lots of “potential” for companies to prosper by providing ‘solutions’ to the charities that “keep people alive” as they’re abandoned by the Conservative government.

Cates has defended the app on Facebook. She said:

A story is circulating that implies – completely incorrectly – that I have some how tried to ‘make profit’ from Foodbanks.

It is sad that instead of recognising the good that this App has done, and how much it has cost us to produce, my opponents want to twist this good news story into something that they think will give them political advantage.

I’m very proud of the Foodbank App and its impact. I’m proud of the contribution that our business – and so many other small businesses – make to our community, day in, day out.

But Labour candidate Francyne Johnson, who stood against Cates in the constituency, told Novara Media:

This revelation is deeply worrying, especially when you consider how the use of food banks has increased massively due to Conservative party policies…

Food banks are charitable services often run by local churches and charities helping the most vulnerable in society, and any attempt to profit from them would be appalling.

Revelations about the Tory MP’s foodbank app have caused outrage among the public and rightly so.

There’s, of course, nothing wrong with companies developing products to help charities who are supporting people thrown under the bus by the Conservative government. But any company, or its owner, which does so and then actively works to keep that government in power, is going to face accusations of profiteering. Because if they cared about ending poverty, they wouldn’t ensure its continuation by championing a party with austerity “baked in” to its future plans.