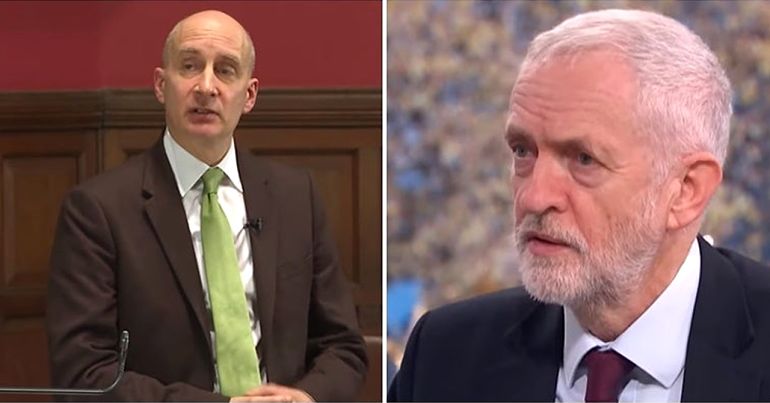 The most important fact of all – it wasn’t Corbyn’s fault:

Remain failed because of Corbyn. He didn’t campaign in 2016. He didn’t lead for remain after the May/Johnson deal collapsed, including this election. He put election before referendum. He wouldn’t agree Remain Alliance or stand aside for a unity govt

In what could probably be explained, at best, as an ill-thought-out rant, Adonis let loose at the Labour leader for not campaigning for Remain and for not standing ‘aside for a unity government’.

But people weren’t taking this rubbish, and they set Adonis straight on a few key facts:

While another person retweeted this to remind us of the disgusting campaign of media bias against Corbyn: 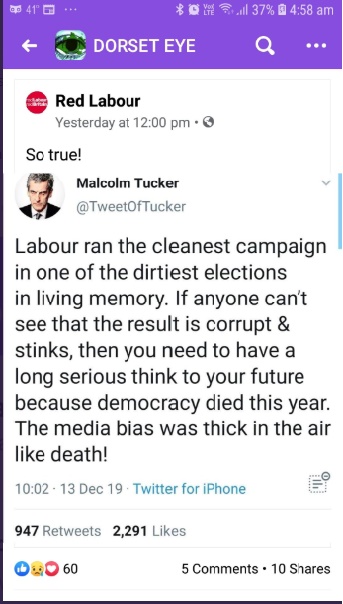 Then some people who voted Remain made their feelings clear also:

Yet he has always, as they say, been on the right side of history.

Stand back in 30 years and we’ll see he got it right. I’m a passionate Remainers but ultimately for the sake of the planet, we have to do things differently. Endless growth is destructive. The EU needs to change.

I voted Remain, and hated losing but unlike you I accept it.
You and of those like you, in refusing to accept the referendum result, drove the party into a compromise position which the public wouldn't buy.
One can argue just as easily that Brexit is your legacy

While this person was very clear about one possible reason for Labour’s defeat:

British people voted to leave the European Union in June 2016. Yet three and a half years and two failed deadlines under Tory leadership later, it still hasn’t happened. The referendum was the brainchild of former Conservative prime minister David Cameron. But no sooner was the result announced than Cameron was off. He left others to clean up the mess he and his Tory colleagues had created.

The idea that Corbyn would “stand aside” for a unity government is also total nonsense. As leader of the opposition, he was the natural and obvious choice to lead it. The problem lay with the Lib Dems being unable to accept that overwhelming fact.

And these are well-worn facts. Adonis is surely aware of them, as he spent considerable time travelling the UK talking to people about Brexit. This is a pathetic attempt to kick someone when they’re down and to blame them for the mistakes of others.

Either way this won’t wash, and those trying to reinvent the chaotic Brexit saga or incorrectly apportion blame need to have a good hard think about the role they played in this mess.