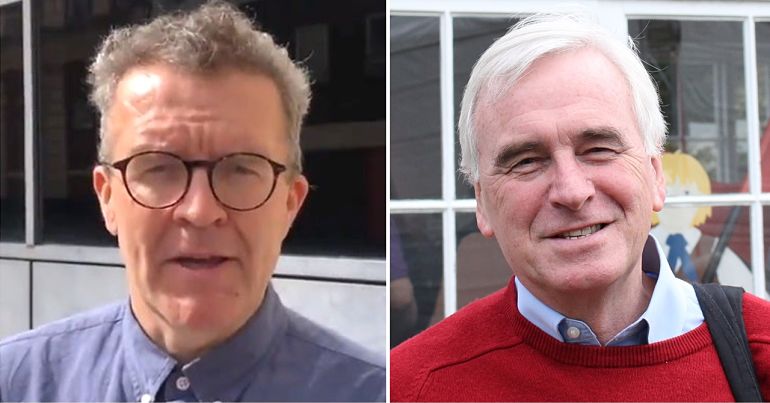 Following John McDonnell’s appearance on BBC’s The Andrew Marr Show on Sunday 15 December, Tom Watson posted a barbed compliment to the shadow chancellor. But people knew exactly what Watson was up to, and they were quick to call him out.

During the interview, Marr pressed McDonnell for an apology on Labour’s election defeat. And McDonnell graciously accepted responsibility:

Previously Marr claimed none of the Labour leadership had given “a proper apology” for Labour’s defeat. But Jeremy Corbyn had already accepted “full responsibility for the result”.

Then shortly afterwards, enter Watson. Watson made a veiled attack on Labour’s election manifesto through a ‘compliment’ to his former colleague. Watson said McDonnell was “enigmatic” and the “stand out figure in his faction”. Then he went for the jugular:

John is one of the most enigmatic characters I ever worked with. We rowed but I admired his intellect and work ethic, which made him the stand out figure in his faction. The defeat is not ‘on him’ though. It is shared with the shadow cabinet and NEC, who supported the manifesto. https://t.co/mu9vHF9B82

But nobody was buying Watson’s cunning “compliment”. And the response was just perfect: 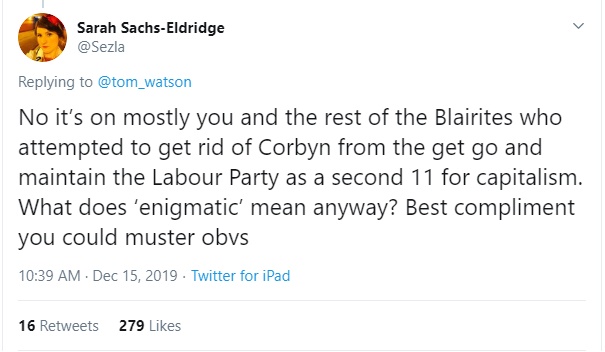 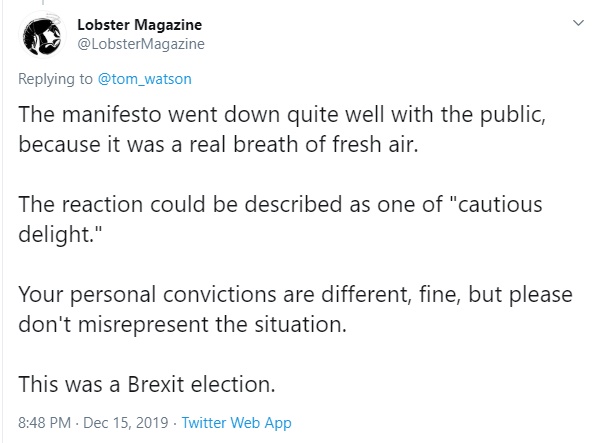 When Watson referred to McDonnell’s “faction”, he revealed a lot about his own relationship within the Labour Party. And his comment on the manifesto doesn’t really stand up. Because research suggested Labour’s manifesto itself was popular with voters.

While Watson takes aim at Labour through this deceitful compliment, both Corbyn and McDonnell have apologised to the British people. This says a lot about them.