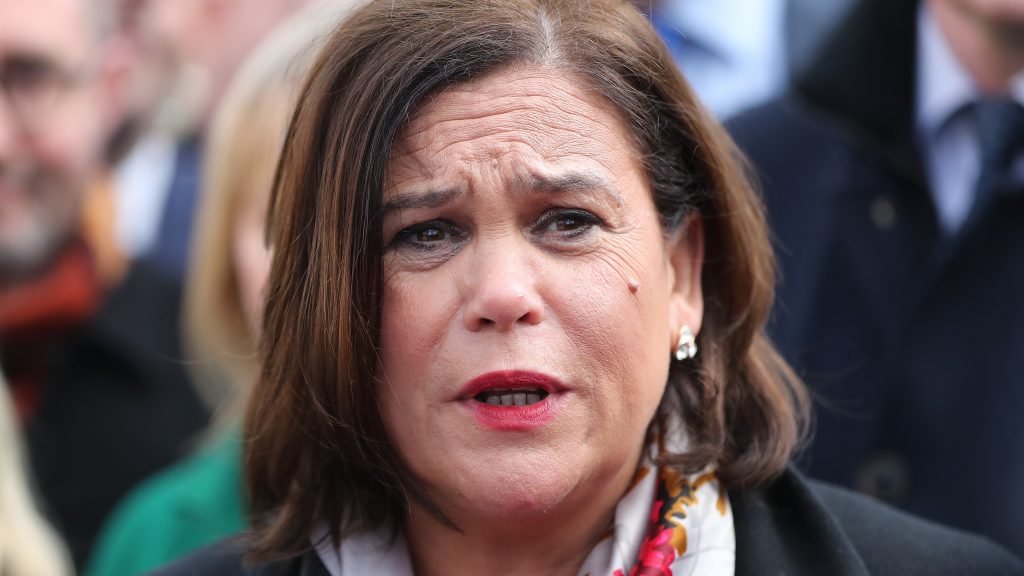 Mary Lou McDonald has said it is still possible to have a Sinn Féin-led government despite the numbers making it difficult.

The Sinn Féin leader said talks will intensify with smaller parties this week in a bid to form a left-leaning government.

She said: “There is undoubtedly a solid block of TDs for change for a new government. I remain very determined that we deliver that government.

“And I think that we need to knuckle down on the policy issues on housing, on the need to cut rents and freeze them, on the need to deliver a huge public housing programme, and on the need to resolve the issue around pensions and get it back to the age of 65.

“We are still very determined that an alternative, and a new government of change can be created. And we will intensify our efforts this week when we have conversations with other parties.”

“I am very clear that we have been elected in very large numbers to be in government, even to lead the next government. I’ve also said that the idea of seeing Fine Gael or Fianna Fail returned again for five years is unthinkable.

“We can speculate on many, many things but I think we can be clear that the outgoing government was deeply unpopular and failed people in many and profound ways, and that people voted for change.”

McDonald said there is little public appetite for another election but that Sinn Féin will fight one if required.

“I want to see a good, stable, strong government that can deliver on housing, on health, can deliver on the issues that matter to people. But if there is an election, I mean we’ll go and we’ll fight the election,” she said.

Meanwhile, Fine Gael has insisted it will only enter government as a last resort and is preparing to go into opposition.

The parliamentary party will meet on Monday afternoon, for the first time since the general election, to discuss the next steps in government formation.

Parliamentary party chairman Martin Heydon insisted that Fine Gael would only enter government with Fianna Fail as a “last resort”.

“Many people within the Fine Gael parliamentary party would be uneasy with the idea,” he told RTE radio.

Heydon said there is no appetite among the general public for a second election this year.

He said: “It is pretty clear to me from anybody I’ve talked to that nobody in the general public would thank anybody in Dail Eireann for sending us back to a second election without a government being formed.”