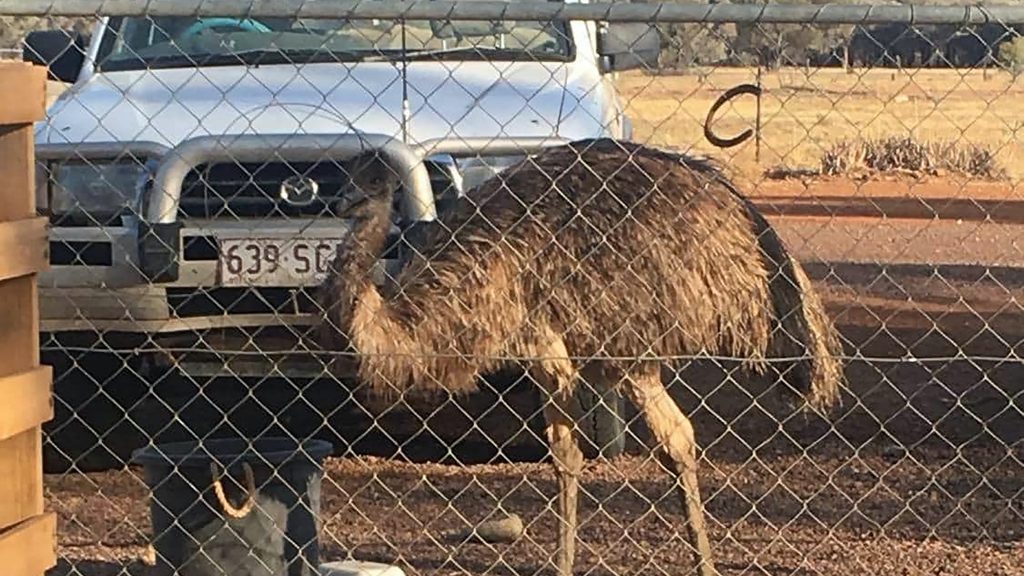 An Australian Outback pub has banned emus for “bad behaviour” and erected barriers to prevent the large, flightless birds from creating havoc inside.

Locals and tourists have been bemused by the antics of the emus eager to steal food from people in Yaraka, a remote Queensland state outpost with a permanent population of 18.

But things took an intolerable turn last week when two of the birds, Carol and Kevin, discovered they could climb the front stairs of the Yaraka Hotel, the only pub, publican Chris Gimblett said.

“They’ve learnt to walk up the front steps of the hotel, which has been causing just a few issues,” especially with the amount of their waste, he said.

Gimblett solved the problem by stringing a rope across the top of the stairs.

A sign advises customers to replace the rope once they enter because “emus have been banned from this establishment for bad behaviour”.

The inquisitive emus are not yet clever enough to duck under the rope to get inside the pub.

While Australian pubs occasionally have a parrot in the bar, emus are not indoor birds.

“When emus get a fright, they head in a forward direction but are normally looking behind so they can’t see where they’re going and this is where chaos can happen,” Gimblett said.

“They bump into everything.”

Visitors staying at the Yaraka trailer park have been surprised by the lengths emus will go to steal food, including pecking a fried egg off a barbecue plate, Gimblett said.

“They will lean through the (trailer) door with their long necks and pluck toast out of the toaster,” the publican said.

“If you’ve got a mug of coffee on the little table by the door, they will drink all the coffee, without spilling it I might add. You just discover that your mug’s empty. They’re just eating machines,” he added.

There used to be eight emus in Yaraka.

A resident rescued eggs from an abandoned nest in 2018 and hatched them with the help of an electric blanket.

But all except Carol and Kevin have moved on, apparently in search of mates.

“We’re in lockdown mode,” Gimblett said of his barricaded pub.

“At least it’s emus and not coronavirus.”