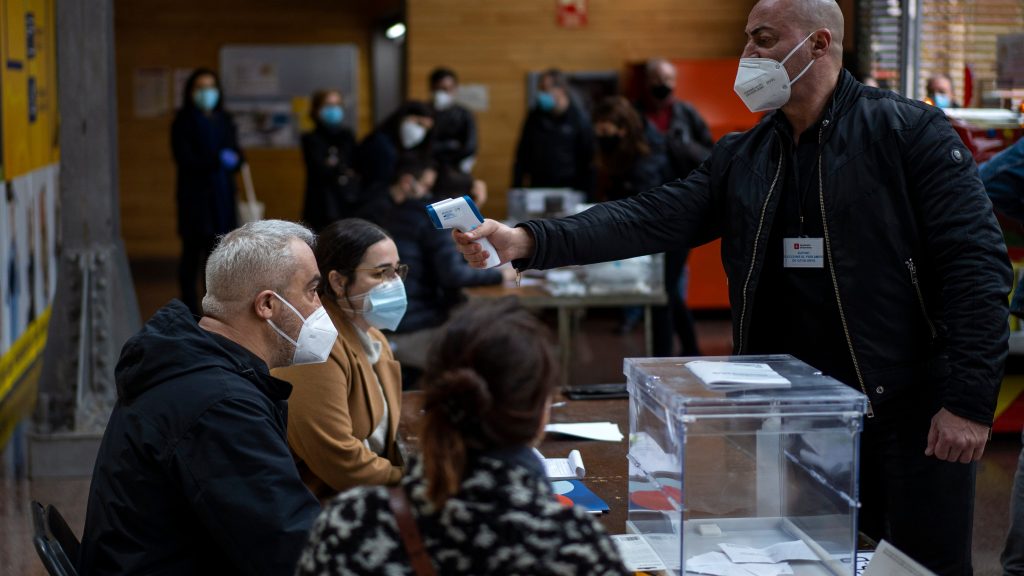 Voting has started in Spain’s north-eastern Catalonia as 5.3 million voters are called to cast their ballots. It’s an election that will test the region’s secessionist movement.

Salvador Illa will lead the ticket of the Socialists’ Party of Catalonia. Until January, he was in charge of Spain’s coronavirus (Covid-19) response as its health minister.

Illa is hoping to end the hold that pro-independence politicians have held in the regional parliament for the past decade.

Polls, however, predict a tight race. The Socialists will compete for votes with the two leading pro-secession parties, the left-wing Republic Left of Catalonia and the centre-right Together for Catalonia.

One of the goals of separatists is to maintain their slim majority of the Catalan parliament based in Barcelona. And another is to try to break the 50% barrier of the popular vote for the first time.

The wealthy region, with its own language spoken alongside Spanish, has been the source of Spain’s biggest political crisis in decades. That was when separatist leaders failed in a 2017 secession bid, in defiance of court warnings that it was unconstitutional. Several of those leaders ended up in prison, while others fled to other European countries.

With Spain still suffering from a post-Christmas spike in coronavirus infections, the vote is being held under strict health regulations. Voters must wear face masks, use the hand disinfectant provided at polling stations, and remain at least 1.5 metres apart while queuing.

Those particularly vulnerable are encouraged to vote between 9am and noon. The general population is supposed to vote from noon until 7pm. That leaves the final hour until polls close at 8pm for voters who are either infected or quarantined due to recent contact with an infected person.