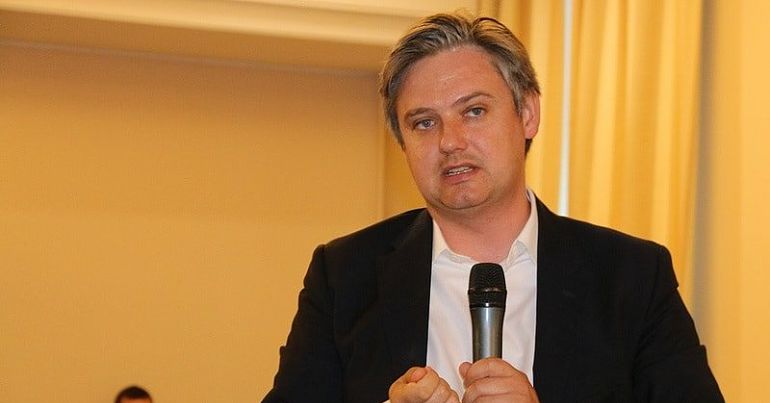 It’s claimed that the man the government has charged with the task of conducting a review into political ‘extremism’ in the UK met with members of an “extremist anti-Semitic” party.

In November 2019, home secretary Priti Patel appointed lord Walney (former Labour MP John Woodcock) as the government’s envoy on countering violent extremism. According to the Telegraph, Woodcock will be looking at “progressive extremism” in Britain. That includes how ‘far-left’ groups could infiltrate or hijack environmental movements and anti-racism campaigns.

The obvious candidates, presumably, from the government’s perspective, would be Black Lives Matter and Extinction Rebellion. Indeed, Patel has already described the latter as “criminals”.

Woodcock accused of being an extremist

On 10 February 2021, the pro-Kurdish ANF News ran an article showing that during a visit to Turkey, Woodcock met with members of the “anti-Semitic” and “neo-fascist” Nationalist Movement Party (MHP). The article added that Woodcock was hosted by the Bosphorus Centre for Global Affairs (BCGA). The BCGA is a company run by Berat Albayrak, the son-in-law of Turkish president Recep Tayyip Erdoğan. ANF News regards the BCGA as a government propaganda organisation. Moreover, in 2016, WikiLeaks published thousands of Albayrak’s emails, which appeared to show that Powertrans, a company with which Albayrak is linked, was involved in the import of Daesh (ISIS/ISIL) controlled oil to Turkey.

During a trip to Turkey funded by Bosphorus Global, an organisation with links to the President’s son-in-law who has been accused of profiteering from ISIS oil deals, Woodcock met with members of the far-right anti-semitic MHP party with proven links to the fascist paramilitary grouping the Grey Wolves. …

Given Woodcock’s links to the Turkish regime which aids and abets extremists in Syria who kill Kurds, how can Kurds in Britain have any confidence in his ability to adjudicate fairly on the concept of “extremism”? Any study of “extremism” worth its salt would surely include Woodcock himself in its research.

ANF News also reports that in 2017 Woodcock described the Kurdish-led anti-ISIS militia the YPG (Peoples Protection Units) as being linked to terrorism. One former YPG volunteer stated that Woodcock, whom the volunteer described as “Jihadi John”:

thinks we are all terrorists and I fully expect this review [by him] will lead to more of us being pulled in by intelligence services and more raids on those of us that fought against Isis.

Presumably Woodcock was unaware that the RAF launched attacks in support of the YPG-led Syrian Democratic Forces (SDF). Also, reportedly not just the UK but also US military provided support to Kurdish-led anti-terrorist forces in Syria and Iraq. In March 2017, another report suggested US special forces were working alongside the YPG.

An Agence France Presse report even described how some US troops wore:

the patch of a Kurdish People’s Protection Units (YPG). Still others of a women’s unit within the YPG. …

An SDF commander tells us that the men are US special forces and are there to provide training. Later, a Pentagon spokesman said that American commandos often wear insignia of the units that they train.

Being photographed with alleged antisemitic neo-fascists is not particularly good for Woodcock. Especially given his April 2020 co-purchase of the anti-socialist Jewish Chronicle. Woodcock’s partners in that venture included William Shawcross (who’s set to head a review into the government’s anti-terrorism Prevent strategy), John Ware (who fronted the controversial Panorama programme on antisemitism and the Labour Party), and Robbie Gibb (who helped set up the “right-leaning” GB News).

As for antisemitism, it is vile, as also is its weaponisation by people like lord John Mann to attack those of the progressive left who wish for more justice in the world.