Protests in India over arrest of climate activist - Canary 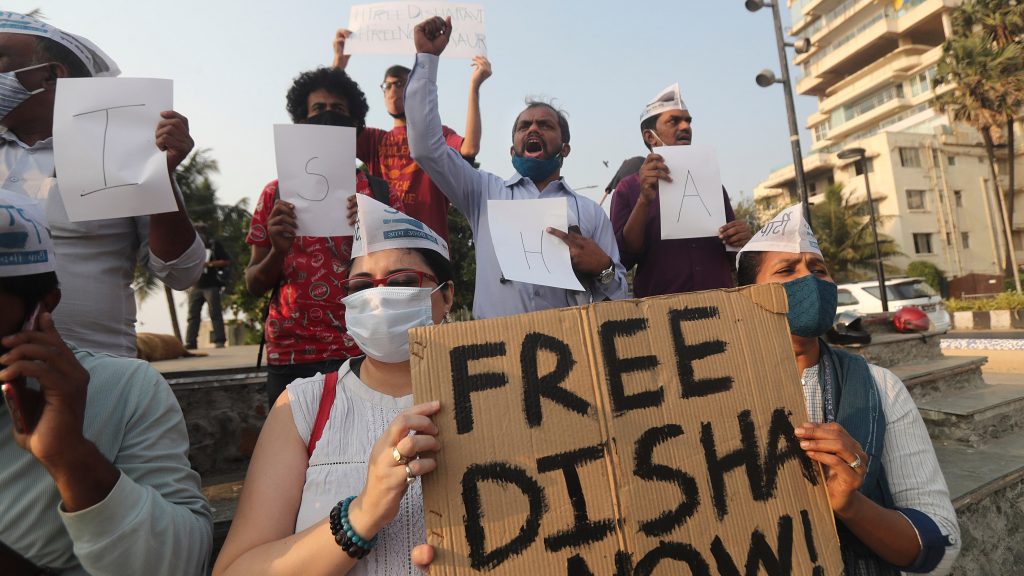 Scores of people have demonstrated in the Indian cities of Bengaluru and Mumbai after a climate activist was arrested for circulating a document on social media supporting months of massive protests by farmers.

Disha Ravi was arrested in Bengaluru on Saturday.

Police said at a news conference on Monday that the document spread misinformation about the farmer protests on the outskirts of New Delhi and “tarnished the image of India”.

They say Ravi shared the document with Swedish teenage climate activist Greta Thunberg, who tweeted it earlier this month.

Police say the sharing of the document on social media indicated there was a “conspiracy” behind violence on 26 January, India’s Republic Day, when the largely peaceful farmer protests erupted into clashes with police.

One protester died and hundreds of police and demonstrators were injured.

In the western city of Mumbai, around 50 people also demanded that Ravi be freed.

Her arrest has been condemned in India and beyond.

Opposition parties called her arrest harassment, intimidation and an attack on democracy.

Overseas, the niece of US vice president Kamala Harris, Meena Harris, criticised the government on Twitter for silencing activists.

Police also issued arrest warrants for two other activists, Nikita Jacob and Shantanu Muluk, saying the three created the document and shared it with others.

Police said the document contained links to websites that were pro-Khalistani, a movement for an independent Sikh homeland called Khalistan in the late 1980s and early 1990s.

The government initially tried to discredit the protesting farmers, many of whom are Sikhs, as motivated by religious nationalism.

Since November, tens of thousands of farmers have camped outside the capital and blocked roads to protest over new agricultural reform laws they say will devastate their incomes.

The protests have posed a major challenge to prime minister Narendra Modi’s Hindu nationalist-led government, which says the laws are needed to modernise Indian farming.

Critics have accused the government of using the massive demonstrations to escalate a crackdown on free speech.