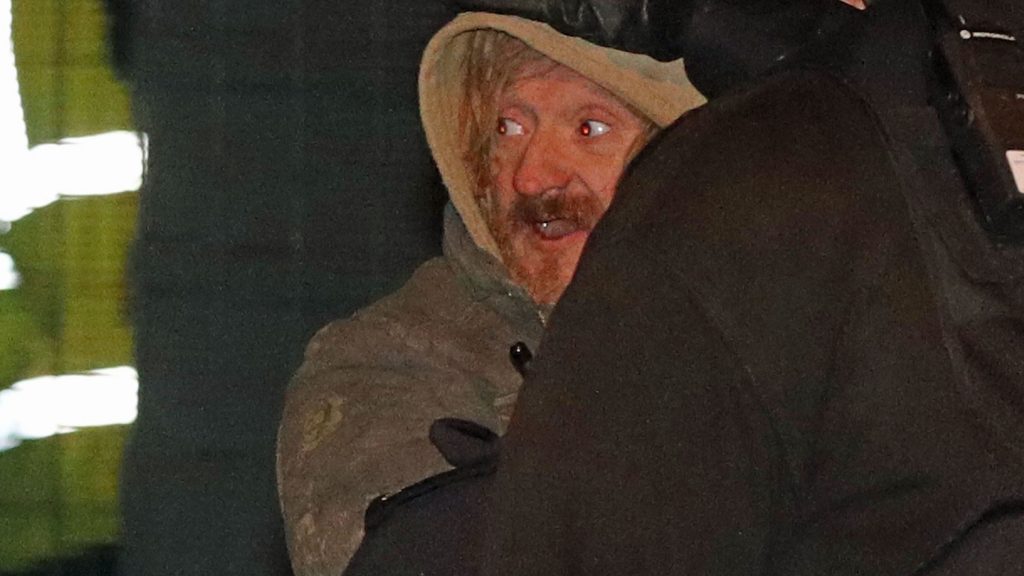 Another of the anti-HS2 campaigners occupying a network of underground tunnels near Euston station has voluntarily left overnight.

Pictures show HS2 Rebellion protester Scotty, also known as Digger Down, being escorted away from the premises by police after emerging from the tunnel system just after midnight on Monday.

In a Facebook post on Sunday evening, Scotty said he was opting to leave the tunnels voluntarily after 19 days in order to “ease the pressure on resources (and) allow others to stay longer”.

He said: “I have nothing to prove by being the last one in so have decided to volunteer my exit.

“Bailiffs are digging a new downshaft adjacent to the other tunnel in an attempt to extract (fellow protester) Larch (Maxey) etc.

“I predict they will enter (his) tunnel tomorrow evening but don’t expect them to extract anyone anytime soon.

“However there may be more strategic exits as time goes on … Thanks for all the support and will see you on the other side.”

The 100ft network of tunnels, which were dug in secret by protesters who object to the redevelopment of Euston Square Gardens in London as part of HS2, were discovered on January 26.

Some protesters remain underground, while a number of others have since been removed or left.