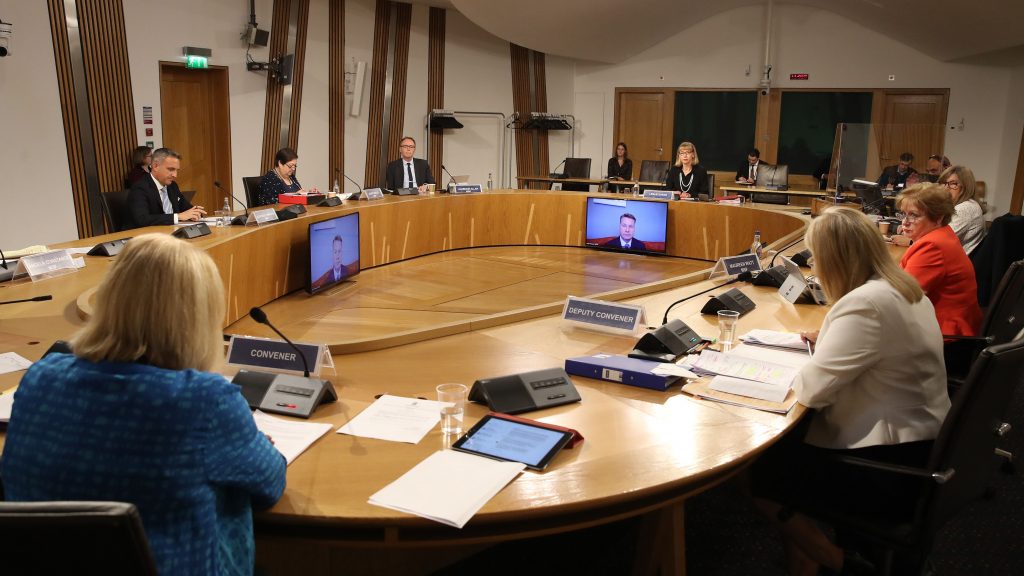 A woman who came forward with allegations of sexual harassment by Alex Salmond has found the Holyrood committee’s investigation “more traumatic” than the High Court trial of the former first minister.

The woman, speaking anonymously on the BBC’s The Sunday Show, said the Scottish government “let down” women who complained because of its unlawful investigation. She also said the committee inquiry set up to look into the botched investigation of Salmond had turned the issue into a “political fight” and suggested any conclusions it reaches will be “utterly useless”.

She also denied claims that there had been a conspiracy to target Salmond and said:

It is utterly absurd to suggest that nine women could be persuaded to lie to the police, to perjure themselves in court.

The accuser, who cannot be named for legal reasons, was one of the women who gave evidence during Salmond’s criminal trial at the High Court in Edinburgh in March 2020. Salmond was ultimately acquitted of all 13 of the sexual assault charges against him.

Speaking about the Scottish government’s investigation, which the Court of Session found to be “tainted by apparent bias”, the woman said:

It takes a lot of courage to report sexual harassment, particularly against a very powerful person. I think the fact that the Government were willing to investigate those complaints is positive but clearly they let down those women and they have a responsibility to fix that for anybody else in the future.

Asked about the complaints procedure that was applied unlawfully but remains in place, the woman said:

From what I can see it hasn’t been fixed yet and I think the thing that’s really disappointing, particularly through the committee process, is that the fact that committee members have turned this into a political fight has effectively allowed the Government to get away with not being properly scrutinised by members on its procedures.

The government has since asked Laura Dunlop QC to conduct a review of the complaints procedure against current and former ministers.

Later during the programme, convener of the Committee on the Scottish Government Handling of Harassment Complaints Linda Fabiani offered a personal apology to the women who have criticised the inquiry’s behaviour. After hearing the woman’s remarks, the SNP MSP said:

I’m very very sad to hear that, but I understand that

I absolutely apologise for the way that things have gone that makes any complainant feel that we have exploited them.

We welcome the opportunity which the parliamentary inquiry and the externally led review bring to address issues which have been raised, and which we have acknowledged. We are committed to a learning process and will ensure that lessons from these proceedings are fully recognised.

The Scottish Government continues to support staff and discharge duty of care, including in relation to issues surrounding the Parliamentary committee. A range of support is available for anyone who should need it, and this has been communicated to staff.

I think the committee has strayed so far from its own remit that it has made any of its findings completely useless.

I think that they really had an opportunity to ensure that they could investigate the creation of procedures that would make it safe and easy for women to come forward and they have made it significantly harder.

Criticising the way the committee has acted, she said:

It’s actually, in many ways, more traumatic than the experience of the High Court trial.

The woman said she hoped the committee could have been “impartial” and would “properly investigate the Government” in order to help eradicate sexual harassment and bullying in the workplace. She said:

Instead, what has happened is they have taken your very personal experiences and they have exploited them for their own self-serving political interests, and that in and of itself is something that’s really traumatic