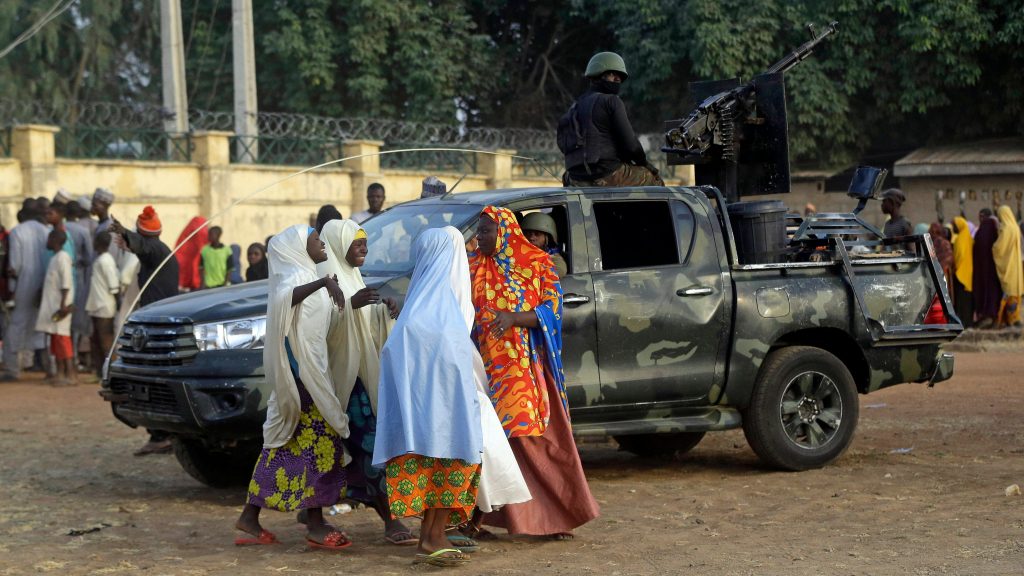 Hundreds of Nigerian girls abducted last week from a boarding school have been returned to their families amid chaos. Security forces opened fire on a gathering outside the school where the reunions were held.

One person died and two people were injured in the mayhem, according to local media reports.

The forces opened fire after the crowd threw stones at government officials. This was apparently in frustration at the drawn-out procedure, reports said.

Anxious and angry parents were reunited with the girls after six days of waiting. They grabbed their daughters and left after shots rang out. Many were worried about travelling on the area’s dangerous roads at night.

The girls, aged 10 and up, had been abducted from the Government Girls Secondary School in Jangebe in Nigeria’s northwest Zamfara state. They were released on Tuesday 2 March after negotiations.

Officials said “bandits” were behind the abduction, referring to groups of armed men who operate in Zamfara state. The men reportedly kidnap for money or to press for the release of their members from jail.

Zamfara governor Bello Matawalle said that 279 girls had been freed.

Upon their release, the girls were brought to the government’s provincial offices, Government House, in Gusau. They were medically examined before being reunited with their families.

Following the kidnappings, the Zamfara state government announced a curfew, which remains in force.

At the time of the attack, one resident told the Associated Press that the gunmen had also attacked a nearby military camp and checkpoint. This had prevented soldiers from responding to the abductions from the school.

Nigeria has seen several such attacks and kidnappings in recent years. The most notorious was in 2014, when extremist rebels of Boko Haram abducted 276 girls from the secondary school in Chibok in Borno state. More than 100 of those girls are still missing.

In December 2020, 344 students were abducted from the Government Science Secondary School Kankara in Katsina State. They were eventually released.