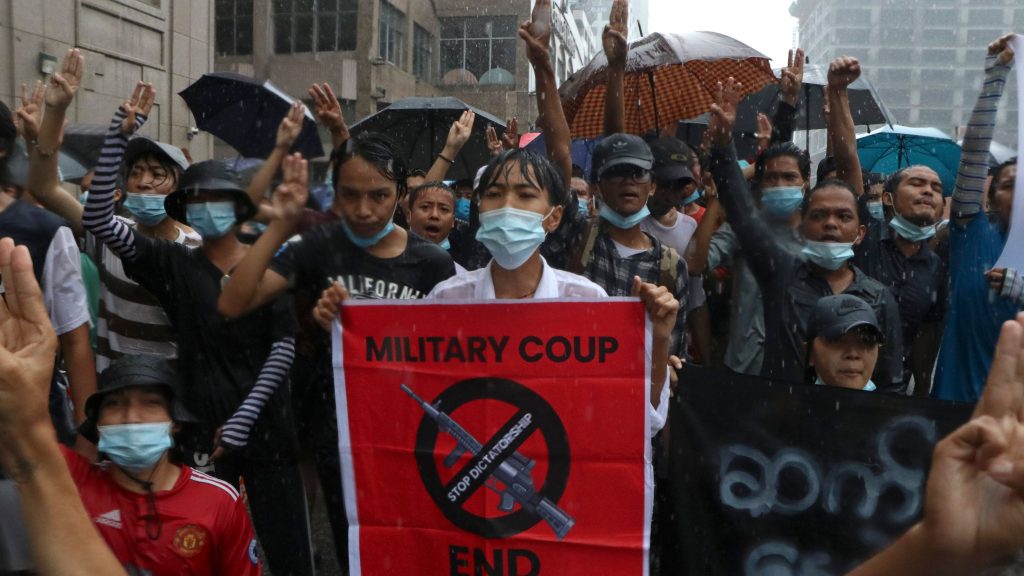 The UN Security Council has again demanded the restoration of democracy in Myanmar. It’s also demanded the release of all detainees including Aung San Suu Kyi.

Moreover, the body has strongly backed calls by South-East Asian nations for an immediate cessation of violence. And for the commencement of talks as a first step towards a solution following the 1 February military coup.

The council’s press statement followed a briefing by the UN’s senior envoy on Myanmar Christine Schraner Burgener. She said the demand for democracy by the country’s people had created “unexpected difficulties” for military leaders in consolidating power. And it risked bringing administration of the nation to a standstill. The people of Myanmar have been protesting since the coup.

The Associated Press obtained remarks Schraner Burgener gave to a closed council meeting. She said her discussions in the region “compounded” her concern that the situation in Myanmar was deteriorating in all areas.

She pointed to a resurgence of fighting in ethnic areas, more poor people losing jobs and civil servants refusing to work to protest the coup. And she also pointed to a brewing crisis of families in and around the main city Yangon “pushed to the edge” for food, going into debt, and trying to survive.

Security Council members “reiterated their deep concern at the situation in Myanmar following the declaration of the state of emergency imposed by the military on February 1 and reiterated their support for Myanmar’s democratic transition”.

The council also reiterated its previous statements. These included strongly condemning the use of violence against peaceful protesters and the deaths of hundreds of civilians, calling for the restoration of democracy, and calling for release of detainees. Council members have also called on the military “to exercise utmost restraint”. And “on all sides to refrain from violence”. They’ve stressed “the need to fully respect human rights and to pursue dialogue and reconciliation”.

Schraner Burgener spoke by video from Bangkok. She’d returned there after traveling to Jakarta to attend the ministerial meeting of the Association of Southeast Asian Nations (ASEAN). The 10-member association includes Myanmar. The 24 April meeting was attended by the junta’s military commander, senior general Min Aung Hlaing.

The UN envoy said she met the commander-in-chief on the ASEAN sidelines. They agreed “to keep details of the exchange discreet to allow for continued frank and open discussions”. But she assured the council she “amplified” the statements its 15 members had approved.

Based on her meeting with Hlaing, Schraner Burgener told the council that on 29 April she again requested to visit Myanmar. Her previous requests have been turned down by the military, which said the time was not right. She said:

In the past three years, I have built constructive relations and confidence with key actors in Myanmar and this would allow me to get straight to substantive exchanges on how the current deadlock could be resolved, if given access to the country. My presence could also help calm tensions.

The Security Council expressed hope that Schraner Burgener would visit Myanmar “as soon as possible”.