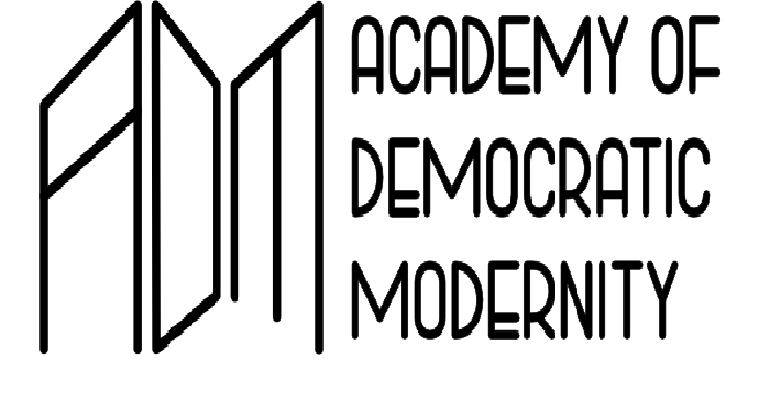 The Kurdistan Freedom Movement has launched a new initiative to build strategy and connections in the global struggle against capitalism.

The Academy of Democratic Modernity

The new web-based platform is dubbed the Academy of Democratic Modernity (ADM). It aims to be a space for revolutionary thought and strategy. The site looks at revolution through the lens of the Kurdistan Freedom Movement’s new paradigm, based on three foundational pillars of social ecology, radical democracy, and women’s freedom.

The new paradigm is inspired by the defence writings of Kurdistan Worker’s Party (PKK) co-founder Abdullah Öcalan, who has been imprisoned for the last 23 years by the Turkish state.

The movement sees the global peoples’ struggles going on today – for example in Kurdistan, Ukraine or Palestine – as the continuation of the ever-present struggles of people against power, which have existed throughout history. Today’s struggles are being waged by ‘democratic forces’ against ‘capitalist modernity’.

Capitalist modernity is the dominant global system today, characterised by a drive for unending profits over people, by the nation state and by imperialist oppression.

The Kurdistan Freedom Movement opposes capitalist modernity, and rejects the concept of nation states. Instead, the movement seeks to bring ‘democratic modernity’ to the forefront through the practice of radical democracy.

These ideas have been taking shape in Northeast Syria since the 2012 Rojava revolution. The revolutionaries of Rojava have created a system of governing society from the bottom up, through communes cooperating together at the street and neighbourhood level. These then send delegates to cooperate at regional and wider levels. This system is known as democratic confederalism.

The ADM issued a statement marking the launch of its new website. This called for dialogue and the creation of new forums to discuss ‘democratic modernity’. To do this, it said, it is necessary to connect our struggles against capitalism

we consider the creation of networks and connections between democratic forces as a fundamental prerequisite for building Democratic Modernity. Through the creation of forums and platforms, we want to contribute to the strengthening of the international exchange of experiences and connect existing struggles.

The statement continued by calling for a greater degree of organisation in our struggles against global capitalism. In this way, the ADM hopes to rival the highly organised forces of ‘capitalist modernity’:

Based on the realization of our analysis of the world political situation and the crisis of the democratic forces, we think that it is time to deepen the discussions about ways out of the crisis and the construction of Democratic Modernity. Because while the Capitalist Modernity is a highly organized and global system, the alternative remains until today unorganized, fragmented and without a strategic and unifying proposal of common organization.

The ADM aims to contribute to the creation of democratic confederalism on a global scale:

The areas of work of the Academy are, among others, the organization of social educational work, the connection of democratic forces, and the expansion of democratic politics as a contribution to the construction of Democratic World Confederalism.

Laying out its vision of how world democratic confederalism can be constructed, the ADM stated:

If we succeed in expanding democratic politics in everyday life – through alliances, councils, communes, cooperatives, academies – the huge political power of society will unfold and be used to solve social problems. Through the expansion of democratic politics and the building of Democratic World Confederalism, the much-needed offensive of the paradigm of Democratic Modernity will succeed.

The site’s authors point out that it is not only possible, but necessary and urgent, to begin building democratic confederalism on a global scale. They write:

Let us work together to bring our visions and utopias to life. Another world is not only possible – given the world situation, it is sorely needed. Let us start building our future world together in the present, because to wait any longer would be madness.

Featured image via The Academy of Democratic Modernity