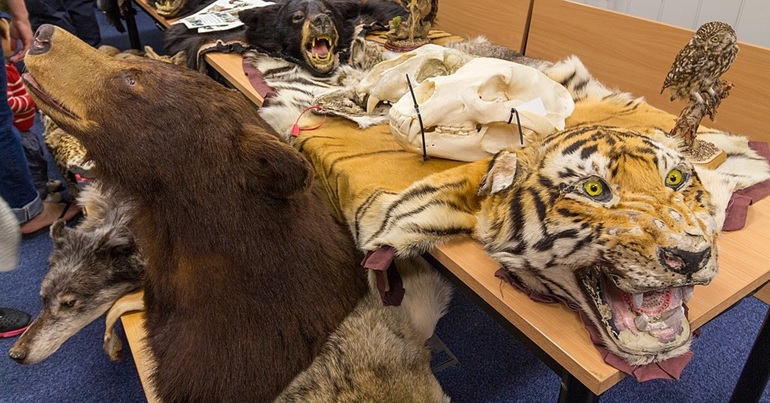 The UN has moved closer towards meaningfully tackling the illegal wildlife trade. The UN Commission on Crime Prevention and Criminal Justice (CCPCJ) adopted a historic resolution on the issue at a recent session in Vienna.

There’s no current global agreement on tackling wildlife crime, which is a major threat to species. The move by the UN CCPCJ to adopt the resolution is a step towards filling that void.

Angola, Kenya, and Peru submitted the draft resolution in April. It was titled ‘Strengthening the international legal framework for international cooperation to prevent and combat illicit trafficking in wildlife’. It called on the UN Office on Drugs and Crime (UNODC) to consider the benefits of adopting an additional protocol in the UN Convention against Transnational Organised Crime (UNTOC). This additional protocol would be specifically about preventing and combatting the illegal wildlife trade. Current protocols in UNTOC cover the trafficking and smuggling of people, and the manufacturing and trafficking of arms.

In May 2021, Gabon and Costa Rica called for a global agreement on tackling wildlife crime. At the time, Gabon’s president Ali Bongo Ondimba explained:

Wildlife crimes, pose a threat to human and animal health, driving many species towards extinction, degrading entire ecosystems and their ability to sequester carbon, depriving governments of revenue, exacerbating corruption, insecurity, and poverty. If we include the impacts of these crimes on ecosystems, then The World Bank estimates their value at a staggering $1-2 trillion a year.

Angola announced its support for a global agreement later that year, as did Malawi. The resolution on the matter had numerous co-sponsors, namely Colombia, Ecuador, Morocco, the US, Egypt, Gabon, Ghana, Honduras, Malawi,  Mozambique, Paraguay, and the Philippines.

The Global Initiative to End Wildlife Crime is an alliance that supports legal reforms to tackle illicit trade in wildlife. It pointed out that the resolution is the first to mention a possible new agreement on addressing the illegal trade.

Animal charity Born Free was a founding member of the global initiative. Responding to the UN’s adoption of the resolution, Born Free’s head of policy Mark Jones said:

A million or more animal and plant species are staring down the barrel of extinction, with wildlife crime being one of the key drivers. Wildlife crime is also exacerbating climate change, and poses a threat to livelihoods, security and public health. Yet there is currently no international agreement on tackling the problem. Today’s Resolution represents the first step towards securing such an agreement.

This first step includes UN member states engaging with the UNODC on the prospect of the additional protocol, along with sharing information on their experience of tackling wildlife crime.

The success of the resolution follows the IMO’s adoption of new guidelines for its member states. The IMO is a specialised UN agency responsible for matters pertaining to international shipping.

The new guidelines relate to the prevention, detection, and reporting of wildlife trafficking in maritime transport, OCCRP reported. They also address due diligence, cooperation, and information-sharing across supply lines.

The NGO Traffic, which focuses on the illegal wildlife trade, explained that:

With 90% of the world trade being seaborne and an estimated 72-90% of illicit wildlife volumes being trafficked through maritime transport, the sector holds a responsibility to engage against this transnational organized crime.

A number of countries, including Kenya, Brazil, and Tanzania, submitted the guidelines to the IMO. WWF’s global wildlife practice leader, Dr. Margaret Kinnaird, has described them as “a gamechanger in the fight against the illegal wildlife trade”.