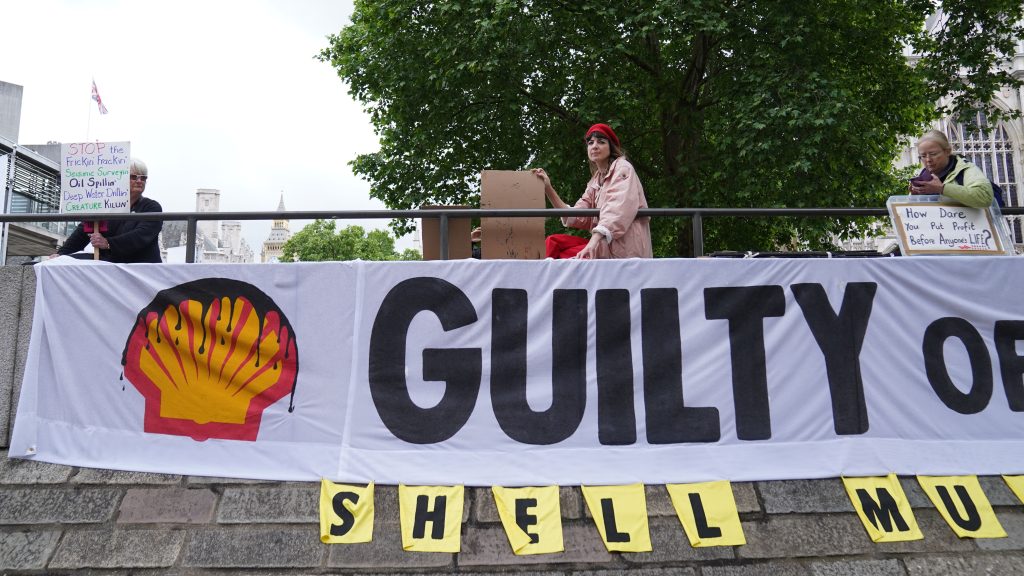 Chairman Andrew Mackenzie asked police to clear the room at Central Hall in Westminster, central London. This was after members of the audience repeatedly interrupted him.

The protesters stated that the oil company profits from carbon-emitting products which contribute to climate change.

‘We will, we will stop you’

“Shell must fall,” the demonstrators repeatedly chanted during the meeting.

They sang “We will, we will stop you” to the tune of the Queen’s ‘We Will Rock You’ as Mackenzie looked on in silence.

After some time, the chairman said:

OK, thank you. I would like to carry on with the meeting if I may.

He was, however, prevented from doing so by the protesters. Before being interrupted again, he managed to say:

That was an interesting start to our annual general meeting. I have listened to you for 15 minutes, could you…

I do not want to get to this, but if necessary I will ask you to leave the meeting so we can continue with the annual general meeting.

I regret this deeply, but, because you refuse to stop, I have now asked for the police to come and allow us to restore order as part of this annual general meeting.

The meeting was paused after around half an hour, as Mackenzie said police would need 20 minutes to clear the room.

They claimed that around 80 demonstrators were in the meeting hall.

‘Shell is standing in the way’

We can tackle the climate crisis and the cost-of-living scandal, but Shell is standing in the way.

It’s pushing ahead with reckless oil and gas projects that would take us far beyond safe climate limits, like the controversial Jackdaw gas field.

As millions of people struggle to pay bills, Shell rakes in record profits by keeping energy prices high and paying zero tax on its UK oil and gas.

This Government should be turbocharging investment in renewables and insulation, not handing whopping tax breaks to companies that burn our future for profit.”