Iran's execution of five people is an attempt to 'spread fear' 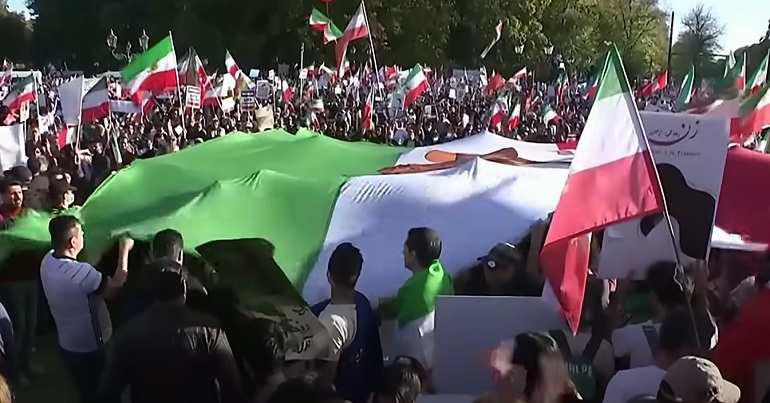 Iran sentenced five people to hang for killing a paramilitary member, its judiciary said on 6 November. The ruling was condemned by rights activists as a means to “spread fear” and stop Iranian protests over Mahsa Amini’s death. Another 11 people, including three children, were handed long jail terms over the death. Iranian judiciary spokesman Massoud Setayeshi told a news conference that the sentences could be appealed.

Hanging for “corruption on earth”

The five sentenced to death were convicted of “corruption on earth” – one of the most serious offences in Iran. The other 11, including a woman, were convicted for “their role in the riots”, and received lengthy prison terms. The rulings bring to 11 the number of people sentenced to death over protests that erupted following the death of Amini in police custody. She was arrested for an alleged breach of the country’s hijab dress code for women.

These people are sentenced after unfair processes and without due process

The aim is to spread fear and make people stop protesting.

Iran executes more than almost any other nation

Despite a crackdown that has killed hundreds, images posted online showed shops closed in cities across the country on 6 November, the second day of a strike that culminates on 7 December. This is also known as Student Day, the anniversary of the deaths of three students at the hands of police in 1953. “Freedom, freedom, freedom”, dozens of students from Tehran’s Allameh Tabatabai University were heard chanting in a video published by IHR.

At least 448 people have been “killed by security forces in the ongoing nationwide protests”, the Oslo-based rights group said in its latest toll issued on November 29. Iran, which accuses the United States and its allies Britain and Israel of fomenting the unrest, said on Saturday that more than 200 people have been killed since the protests began. A general put the figure at more than 300 last week.

Iran currently executes more people annually than any nation other than China, said Amnesty International. The London-based rights group said on 16 November that, based on official reports, at least 21 protesters had been charged with crimes that could see them hanged in what it called “sham trials”. The crackdown has also seen thousands of people arrested, including 40 foreigners, as well as prominent actors, journalists and lawyers.