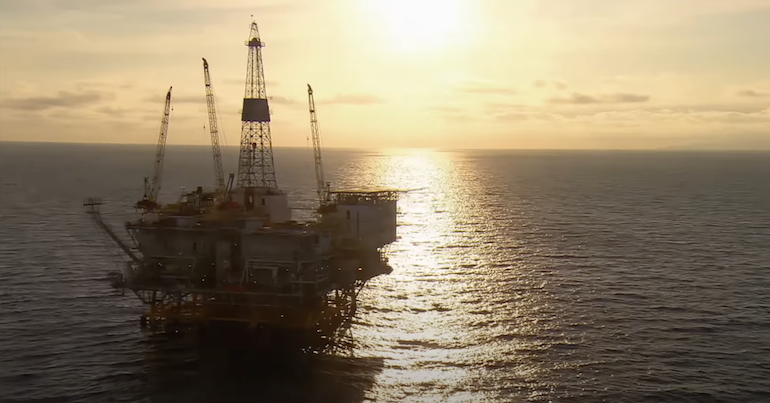 ExxonMobil scientists accurately predicted global warming from fossil fuels as far back as the late 1970s, according to a study published on 12 January. Nonetheless, the oil giant publicly downplayed climate change and went about its business knowing that its scientists believed such actions could help to turn those predictions into a climate reality. As co-author of the study in the journal Science, Geoffrey Supran, said:

They modelled and predicted global warming with shocking accuracy and skill, only for the company to spend the next couple of decades denying that very climate science.

ExxonMobil, formed in a 1999 merger between Exxon and Mobil Oil, has faced accusations for years that it knew about the threat of global warming decades ago.

Inside Climate News and the Los Angeles Times first revealed in 2015 that ExxonMobil was aware for a long time that climate change was real and was the result of human activity.

The company is the target of a number of lawsuits in the United States, several of which are ongoing. The phrase “Exxon Knew” was a prominent part of an activist campaign and is regularly used on social media in efforts to hold the company to account. Meanwhile, the European Parliament and US Congress have held hearings into the oil behemoth.

Moreover, Exxon knew the solution to the issue some 30 years ago, namely a national tax on emissions of greenhouse gases, according to DeSmog.

As the publication explained, a 1993 proprietary document showed that Exxon’s Canadian subsidiary Imperial Oil had studied carbon tax policy and found that:

it could cause national emissions to plateau and then shrink without doing significant damage to the economy.

But, instead of using its weight to secure a carbon tax, DeSmog reported that the company:

came up with a communication strategy to make sure that solution wouldn’t happen.

Putting a number on what Exxon knew

“I see this as “Exxon Knew 2.0,” Supran said of his research, undertaken while he was at Harvard University. He told Agence France-Presse (AFP) that the study compared the findings of ExxonMobil’s own scientists to what other climate researchers knew at the time and to what has subsequently occurred. Supran explained that:

They knew as much as independent, academic and government scientists did, and arguably, they knew what they needed to know to begin to take action and warn the public.

Supran, who now teaches at the University of Miami, said he and his coauthors from Harvard and the Potsdam Institute for Climate Impact Research had analysed private ExxonMobil graphs and tables that had never been scrutinised before. The researchers analysed 32 internal documents produced by ExxonMobil scientists between 1977 and 2002 and 72 peer-reviewed scientific publications that they authored or coauthored.

In other words, Supran said, the analysis:

truly seals the deal on what Exxon knew and literally puts a number on it.

Exxon didn’t know what its own scientists knew?

this issue has come up several times in recent years. And, in each case, our answer is the same: those who talk about how ‘Exxon Knew’ are wrong in their conclusions.

The ExxonMobil scientists predicted average warming of 0.2 degrees Celsius per decade, equivalent to the current rate.

Projections are based on completely unproven climate models, or, more often, sheer speculation.

His successor, Rex Tillerson, also said that climate models are “not competent”.

In line with Exxon’s private findings by its scientists – rather than the company’s public positions on climate change – the world is experiencing increasingly dire warming. In other words, the fossil fuel industry’s concerted efforts to delay action on climate change largely succeeded and now the world is living with the impacts of that inaction.

The World Meteorological Organization said on 12 January that the past eight years were the hottest since records began and the US space agency NASA released similar global temperature findings.

Columbia University’s James Hansen – who famously warned the US congress about the threat of climate change in the 1980s – has also recently released analysis on global temperatures. With La Nina likely on its way out, meaning the cooling episode of an irregular weather cycle that alternates with warmer El Nino periods, it said that 2023 should be “notably warmer” than 2022.

The analysis also asserted that the global temperature in 2024 is “likely to reach” between 1.4C and 1.5C. In May 2022, a World Meteorological Organization (WMO) report warned that there was a 50:50 chance of the global average temperature reaching 1.5C in the next five years. Exceeding this threshold in a single year doesn’t necessarily mean a permanent 1.5C-plus temperature, the UK Met Office’s Dr. Leon Hermanson emphasised. What it would reveal, Hermanson said, is that:

we are edging ever closer to a situation where 1.5 °C could be exceeded for an extended period.

The WMO’s secretary-general explained that the 1.5C threshold is “not some random statistic” but an indicator:

of the point at which climate impacts will become increasingly harmful for people and indeed the entire planet.