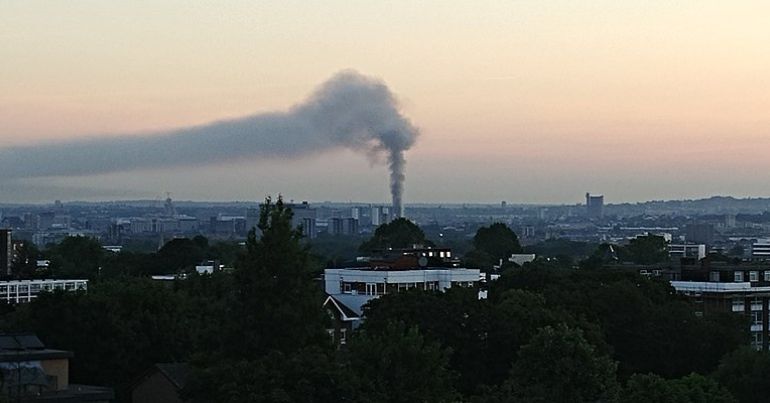 Hero firefighters who fought the 2017 Grenfell Tower blaze are being diagnosed with cancers and leukaemia at a startling rate. An investigation found that over a dozen of the firefighters involved may face untreatable illnesses, including digestive cancers. 72 people died in the west London fire.

Flammable cladding attached to the building was largely to blame for the way the fire spread – and those affected are still fighting for justice years later.

The report claims that the cancers, often being found in men as young as their 40s, are linked to the contaminants they were exposed to in the blaze.

We are expecting some really depressing data to be revealed soon. It’s shocking.

When workers on the front line are tackling fires to save lives and property, like all those who attended Grenfell, they need every protection possible from toxic health risks.

This vital research proves that firefighters are suffering and dying from cancer, strokes, heart disease, and mental ill health as a result of going to work and protecting the public.

Political hip-hop artist Lowkey has long championed the cause of the Grenfell victims. He called for similar research into the implications for the community and others who, like him, were at the scene:

Around a dozen firefighters who entered Grenfell as it burned have been diagnosed with uncurable cancers. It is thought to be linked to exposure to the burning materials which killed that night.

I was there and had materials on my body too. We need to know community numbers now.

Former Labour leader Jeremy Corbyn, who also fought for the Grenfell families, said that residents and workers would continue to fight for justice:

Heartbroken to hear that multiple firefighters who saved lives at Grenfell have been diagnosed with cancer.

I will never forget the disgusting way they were scapegoated for government failings.

Our demands for the safety of residents & workers — for justice — continue to grow.

Genuinely speechless. A tragedy really doesn’t go far enough when it comes to the Grenfell disaster.

In the early days after the #Grenfell Tower fire we BEGGED govt to carry out mass screening of local ppl for effects of toxic gases and particulates.

They gaslit us, refused 'no such thing as Grenfell cough' when GPs said otherwise.

The Grenfell Inquiry which reported in 2019 was attacked for scapegoating the firefighters who tried to save lives that day. It said that their individual heroism could not “mask or excuse the deficiencies in the command and conduct of operations”.

The fight for justice for those involved in Grenfell must continue. And we must never accept blame to be put onto the victims or those who fought to save them – and did so with terrible consequences for their own long-term health.