Lützerath: cops make fools of themselves writhing in the mud 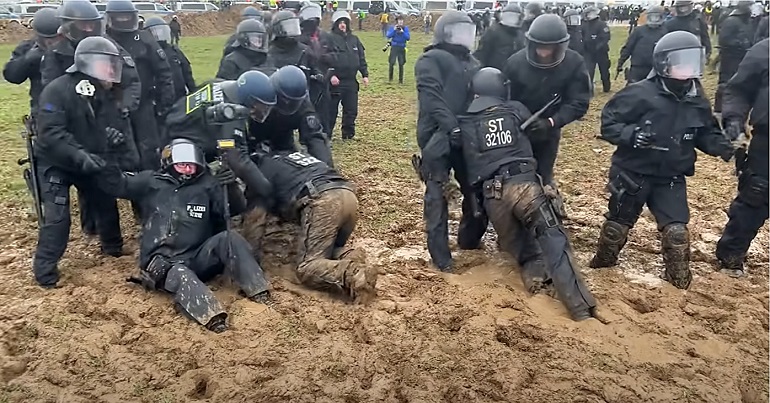 As many as 35,000 people joined protests in Germany in recent days, over the government’s approval of a coal mine expansion. Predictably, the cops were all over the protest – protecting both corporate and government interests. However, while people accused police of disproportionate force, one video brought a bit of light to the darkness – showing the cops making fools of themselves in the sodden dirt.

As the Canary‘s Tracy Keeling reported, a previous German government approved the expansion of an existing coal mine. In 2013, the then-administration gave permission for German energy firm RWE to expand its coal mine at Garzweiler. This includes the village of Lützerath. So, protesters have occupied a site there since 2020. As Keeling previously wrote:

Chancellor Olaf Scholz’s coalition – including the Green Party – took office in December 2021 with a vow to phase out coal usage. Environmental groups had since hoped that Lützerath would be spared the excavators.

But amid Russia’s war in Ukraine and global energy supply issues, Scholz’s government granted permission to RWE to expand the mine into the village. As part of the agreement, five other villages will be spared and Germany has set an end date for coal mining in the region for 2030.

On 9 January, Scholz’s government insisted that Germany needs Lützerath coal “to guarantee the security of the energy supply” due to the energy crisis. However, protesters disagreed – and stepped up their action at the site: 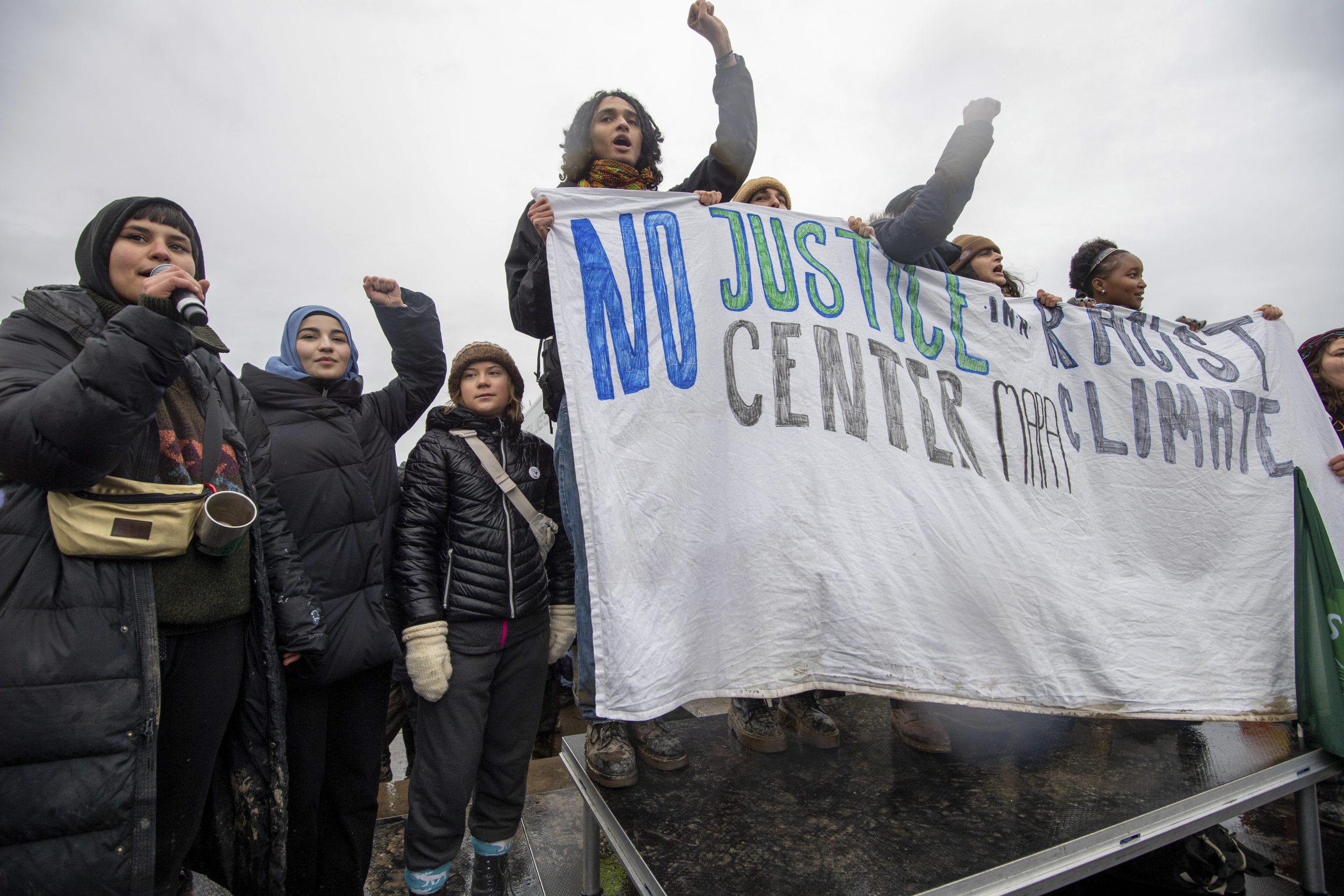 The police response was characteristically disproportionate. On 10 January cops started arresting protesters, and said they would clear the site by the next day. However, as Agence France-Presse (AFP) reported, it actually took cops until Sunday 15 January to remove nearly all of the demonstrators.

Stuck in the mud

Unfortunately for the police, at times things didn’t go according to plan – as seen in a video which has gone viral on social media. It shows police on Saturday 14 January literally getting stuck in mud while trying to clear protesters:

cops defending coal mine get stuck in mud #Luetzerath pic.twitter.com/xHJBoukRsN

a lot of people making fun of this but mud is actually really important for pigs, they roll around in it to cool down and it even helps as a kind of natural sunscreen https://t.co/KA1BRyNTBn

People rebranded one protester dressed in a friar costume as a “mud wizard” – for casting a spell over police so they’d get stuck, and then pushing them over:

for a little bit it looks like the mud wizard is ambivalent and pities the police officers. but then the cops ruin their spell so the wizard pushes the cops over. classic mud wizard https://t.co/cGRV3otqzF

People added some appropriate music to the footage:

While the sight of cops floundering in mud is undoubtedly funny, the situation in Lützerath raises many serious concerns.

AFP reported that police had injured dozens of people, with 20 needing hospital treatment. Protest organisers said police had “unrestrainedly” beaten people over the head and in the stomach. The police themselves reported that around 70 officers were injured. However, the Guardian reported that climate activist Greta Thunberg attended the site on Saturday 14 January. It wrote that she said:

She described the force used by police in their clearance of the protest camp earlier this week as “outrageous”.

“When the government and corporations act like this, destroying the environment … the people step up,” she said. 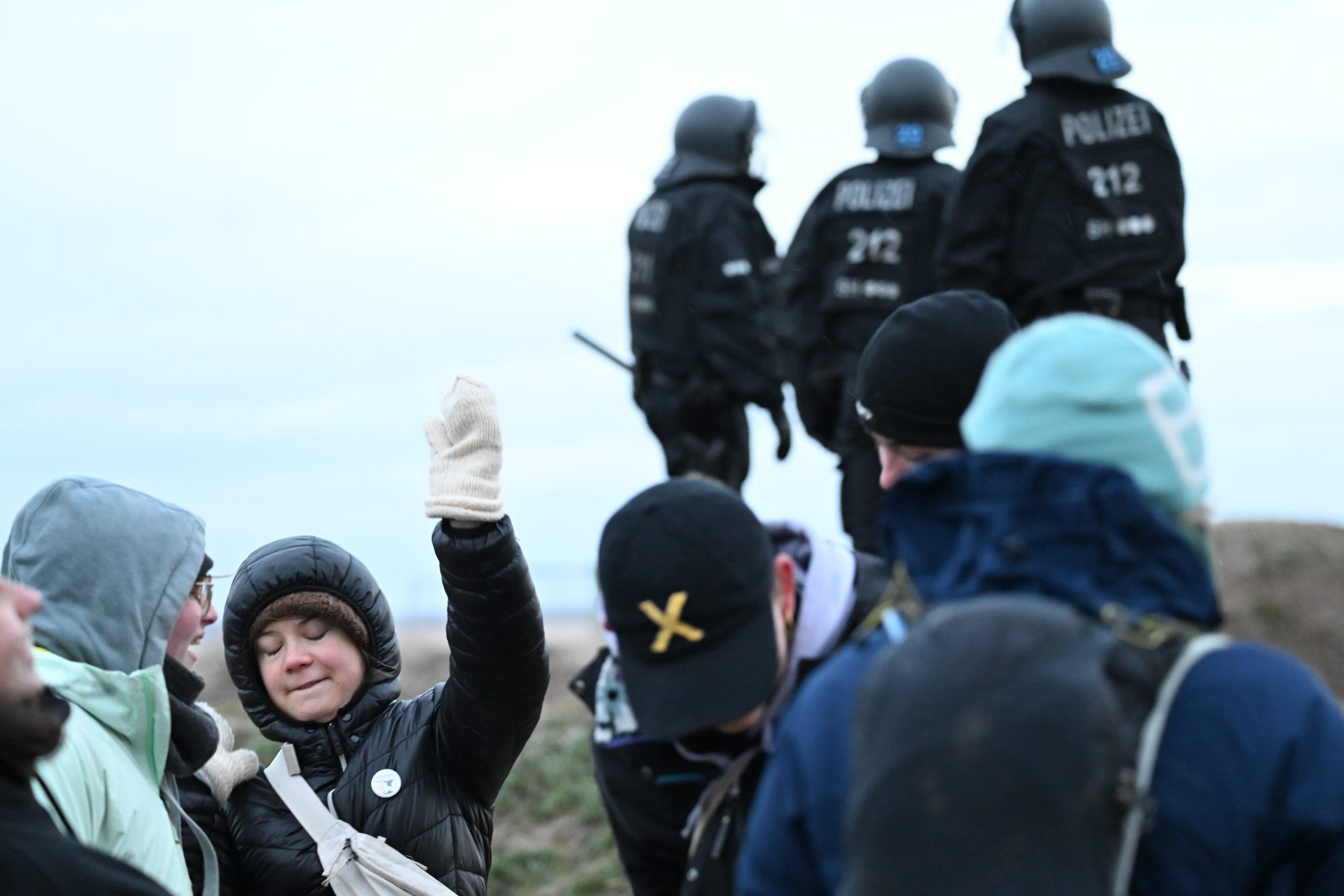 Aside from the heavy-handedness of police while they protected a fossil fuel-producing corporation, the wider environmental implications are huge. As Keeling previously wrote:

according to a 2021 study by the German Institute for Economic Research (DIW Berlin), the country risks breaching its climate commitments under the Paris Agreement if it goes ahead with the expansion.

Some research also says Germany is already extracting enough coal as it is. Moreover, the fact that the government signed the Paris agreement on net zero and then signed off on burning more fossil fuels is typical of Western administrations’ agendas more broadly. The UK – another Paris agreement signatory – has done similar, by approving a brand-new coal mine. So, Lützerath sums up the West’s approach to the climate crisis: saying one thing while doing another. And the police, despite their clown-like antics, are merely propping up this corporate capitalist agenda – while the planet burns.