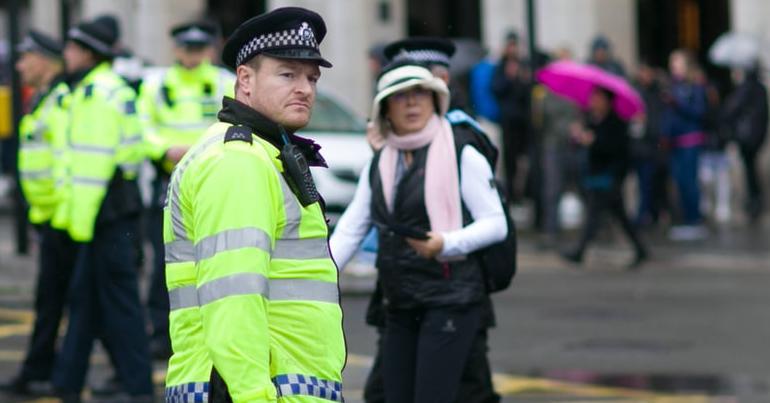 This article was updated on 13 April at 11:20 to include a comment from the Metropolitan Police.

Counter-terror raids are one part of the government’s approach to state security. But, there’s one crucial aspect which is being overlooked. That’s the impact such raids have on families who face heavy-handed tactics from police forces.

As part of the Investigations Unit’s #ResistBigBrother series, we’ve been working with CAGE to bring forward the real impact of the hostile environment for British Muslims.

Over the summer of 2020, a number of addresses were raided by counter-terror police. A Guardian report at the time of the raid said:

Since this raid, at least one man has been convicted after an operation from the Metropolitan police and MI5.

With regards to the raids, there were two in East London, impacting the same family. Two brothers were arrested in the Ilford premises and a third brother in a separate East London premises. Of the two from Ilford, one was released NFA [no further action], the other was charged.

Our client is the man who was released on NFA and his family. We don’t represent the charged men in this case.

Forced entry into premises to conduct an arrest or carry out a search warrant are commonplace. However, these raids are also happening in the context of tensions from government-led Islamophobia, rejections of Islamophobia as a type of racism, and suspicion of Muslims. Tactics that fall under the umbrella of counter-terror strategy, then, require a closer look.

Since the raid, the family represented by CAGE have spoken to The Canary about their ordeal.

In a collective statement they told us:

The raid on our family home was an extremely traumatic experience for the whole family and we are still trying to recover from the damage it caused. We were terrified when hoards of armed police broke our door down and forced their way in, without any explanation and with elderly family members inside.

A recent review from the Law Commission has taken a look at how search warrants are carried out. In 2018, the commission said:

When this report was published in 2020, the commission set out a series of recommendations that, among other things, look to:

The review largely looks at the process for search warrants rather than protections for individuals. This said, the review does recommend:

introducing a statutory requirement for law enforcement agencies executing search warrants to provide an occupier with a notice of powers and rights. In addition, we recommend the introduction of a specific search warrants “your rights and the law” webpage on the Government website. Finally, we recommend that application forms are amended to invite the issuing authority to record their reasons for granting a warrant which may be executed outside usual hours.

Given that the Network for Police Monitoring already have a ‘know your rights‘ section, as do CAGE, it’s difficult to see this recommendation as one that genuinely safeguards the rights of citizens. It could also be argued that the efforts to uphold rights are the responsibility of the police, rather than individuals themselves.

The Law Commission’s review is extensive and has contributions to make to police reform. But, the question is: can police reform bring justice?

The family went into more detail about their encounter:

We felt completely petrified, humiliated and targeted and cannot understand how it was all justified. It was so public; they turned the house upside down but in the end there were no charges brought and no further action from police towards our brother. He was declared completely innocent.

The Home Office releases quarterly statistics on information related to counter-terrorism. This includes numbers on people arrested under the Terrorism Act 2000, outcomes of terrorism-related charges, and the ethnicity of people arrested, among other things.

However, this doesn’t include statistics on people who face charges, convictions, or no further action after a counter-terror raid.

There is a lack of accountability for ineffective raids and no impact assessment on raided families.

A lack of transparency on the outcomes of counter-terror raids is yet another area with gaps in police accountability.

As the Law Commission’s review show, the protection of civil rights is not at the forefront of attempts at reform. This is troubling for all people, but particularly for Muslims.

Senior lecturer at the University of York Katy Sian told The Canary:

Counter terror raids fall disproportionately upon members of the Muslim community who have been unjustly surveilled and targeted as part of the Islamophobic War on Terror campaign.

There is a lot of trauma to grapple with for families who experience raids.

Indeed, the family also told us:

We have been subjected to abuse and attacks from our neighbours and the local community, not to mention that it was all over the news. What the news failed to mention is that the raid did not amount to anything. Our brother has been unjustly defamed and wants to get on with his life, but this stigma will follow him for the rest of his life. The deep fear and anxiety that this has caused the entire family will not just disappear overnight.

Since summer 2020, Mustapha confirmed that:

These raids are deeply traumatic for the families who are harassed, intimidated and subjected to force in their own homes, under unclear circumstances and with limited information. The long term harms of these actions include fear, anxiety, and a sense of paranoia.

Response from the Met

“The Met’s Counter Terrorism Command, and the entire national Counter Terrorism Network, works around the clock with MI5 and other partners to protect the public by robustly responding to a diverse range of terrorist threats.

Using a range of tactics, officers are identifying and investigating people who are suspected of involvement in terrorist activity or otherwise pose a threat to national security, and taking decisive action to apprehend suspects.

These specialist officers and staff are saving lives by disrupting terrorist attack plots and securing convictions of people for terrorism offences, as well as steering people away from radicalisation through the Prevent programme and getting huge amounts of extremist content removed from the internet.

Police remain committed to tackling all forms of toxic ideology and extremism which has the potential to threaten public safety and security.

With criticisms of the Prevent strategy, the Shawcross review, and policies coming out of the Commission for Countering Extremism, there are many examples of Muslims being treated as enemies of the state.

There must be accountability for how these raids are conducted, their effectiveness and damage to community relations.

These raids also help maintain the narrative of suspect communities against Muslims and sustain the constant onslaught on our collective freedoms through new laws and policies.

The theatre of these search warrants serves to create a culture of fear and suspicion targeted specifically at Muslims.

Communities of colour are already mistrustful of law enforcement agencies due to deep seated racism, such as profiling, and excessive use of force. Counter terror raids serve as another means to control and regulate people of colour.

Everyone should be concerned at accounts and experiences like this family’s. It’s all the more concerning, and life threatening, for Muslims and Communities of Colour..