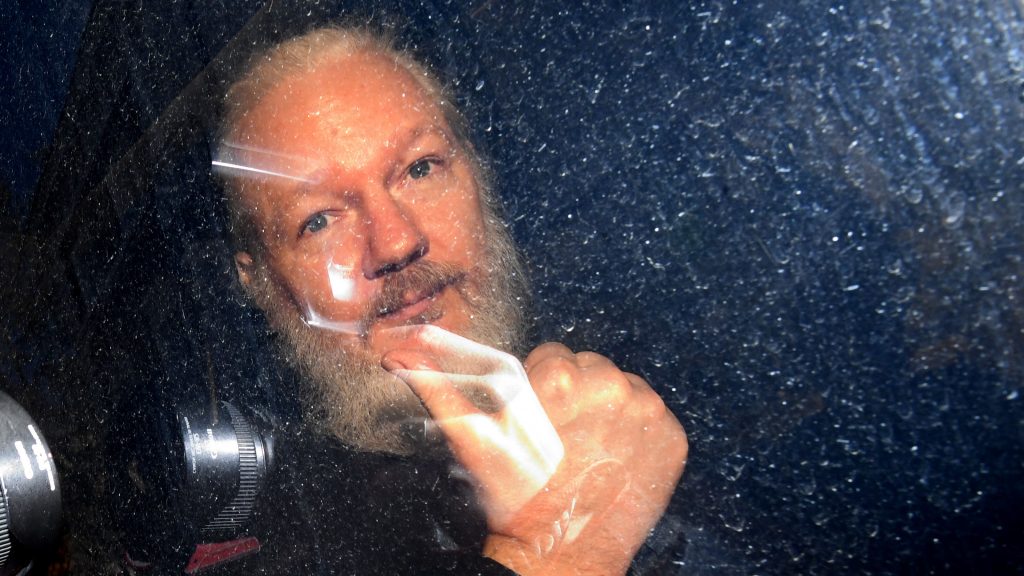 Vigils are to be held this weekend to mark the second anniversary of WikiLeaks founder Julian Assange being detained in prison after being dragged out of the Ecuadorian embassy in London.

Supporters demanding his release will join events on Sunday outside the embassy, at Westminster Magistrates’ Court, and at Belmarsh prison in London where he is being held.

Assange lived inside the embassy for several years before being forcibly removed and arrested by police on 11 April 2019.

A bid by the United States to extradite him was rejected at Westminster Magistrates’ Court earlier this year but he has remained in prison until the outcome of an appeal.

WikiLeaks spokesperson Kristinn Hrafnsson told the PA news agency that Assange’s continued imprisonment was an “outrage and a travesty of justice”.

He said: “April 11 marks two years since one of the world’s most important journalists was silenced when Metropolitan Police officers stormed into the Ecuadorian embassy and subsequently arrested and imprisoned Julian Assange on the United States’ behalf.

“It has now been two years of incarceration, isolation and psychological torture, all for exposing war crimes in Iraq and Afghanistan, the same journalism for which Julian has been applauded all over the world for and nominated for the Nobel Peace Prize.

“It’s long past time for this injustice to end and we continue to appeal to the United States and the Department of Justice to drop the appeal and all the charges against Julian.

“In January, a judge in London ruled that Julian should not be extradited and so we are today calling for him to be released from Belmarsh prison and be a free man to be able to spend his time with his young family.”

Hrafnsson added that dozens of human rights and media organisations are supporting the case for Assange to be freed, saying: “This gross injustice must come to an end.”