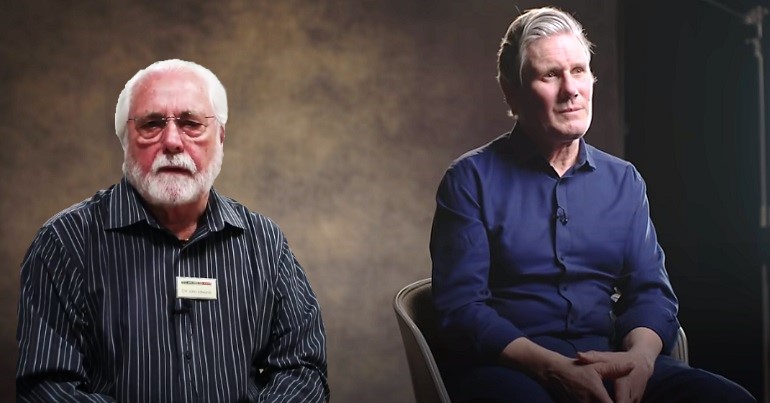 The Labour purge has claimed another victim: a well known local councillor. But yet again, it could well end up biting the party and Keir Starmer on the arse. Because John Edwards is going to stand against the party.

The Express and Star reported that Labour has deselected Edwards. He’s been a councillor for the Greets Green and Lyng ward in Sandwell, West Midlands, for 43 years. That reportedly makes him Labour’s longest serving councillor. Not that length of service matters to the party machinery. Because it has formally “refused to endorse him”. And Labour’s deselection of Edwards has probably got a bit to do with him being a Jeremy Corbyn supporter; one who’s also been critical of Starmer.

Edwards told the Express and Star:

I have been gutted by the dismal failure of Keir Starmer to provide a voice for ordinary working families and by his woeful lack of opposition to the Tory government.

When our nurses are campaigning for a well-deserved 12 per cent pay increase he mutters platitudes and looks the other way.

He seems to be more in tune with the Tories than with traditional Labour.

Sadly this is what happens when a working class party finds itself being led by a Knight of the realm who has nothing in common with the experiences of working class people.

Thanks for your kind words and your support.
Sadly, the Labour Party is being diminished by the inadequate and woeful leadership of Starmer, good members are quitting in their thousands and the Party is becoming the establishment's 'Plan B' ready for when Johnson fails. https://t.co/Y6tbKIWnap

So, people have been tweeting their support for Edwards:

Starmer is “more in tune with the Tories than with traditional Labour".

Longest-serving Labour councillor and superb socialist @JohnEdwards33 to stand as independent as he delivers parting shot to Starmer. https://t.co/CJH2LZmSVb

John is now standing as independent!

I know the good people of #Sandwell will do the right thing & vote for John in May!

Keir Starmer you are an utter disgrace! https://t.co/qOwSWRZ1Ct

Sad day, @JohnEdwards33 but it's their loss. What a shabby way to treat people. Best of luck, but I can't see you needing it. xx https://t.co/fDajN6Kdlb

Labour has also deselected three other candidates in Sandwell. As Edwards told the Express and Star:

National interference by faceless Labour officials has taken place in the selection of local candidates, no one in my local party had any say in this.

Ring any bells? It should do.

Purging into the elections

The faceless party machinery interfering at local level is a running theme. Just days ago SKWAWKBOX reported on a similar event in Walsall. It wrote:

Labour council candidate and Unite activist Andrea Bradley has been deselected by the Labour party as a candidate in Walsall’s council elections – without explanation and after she had already spent a year and a half campaigning for the seat.

And she has been replaced by the incumbent councillor that local Labour members had already voted to deselect.

But Labour’s deselection of Edwards may not end well for the party.

Edwards will be standing as an independent candidate. He told the Express and Star:

my name will be on the ballot paper and if re-elected I will continue to work and campaign for local people as I always have.

But it isn’t just Edwards. There’s also former Labour MP Thelma Walker standing as an independent MP in the Hartlepool by-election, but as a member of the Northern Independence Party; its registration with the Electoral Commission was not completed in time for 6 May. And then there’s Chris Williamson’s Resist that’s supporting the Trade Unionist and Socialist Coalition (TUSC), and other parties like Cornwall’s Mebyon Kernow likely to make inroads.

At this rate, May’s elections look like they could be a massive headache for Starmer.