People are blaming Boris Johnson for the Belfast riots - Canary 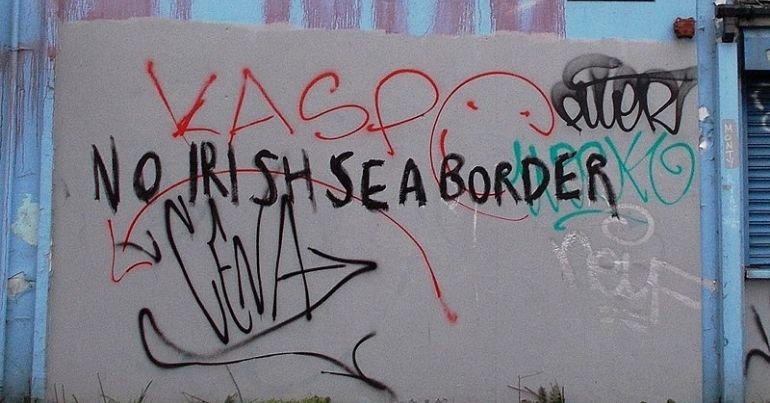 The riots raging in Belfast are being blamed on Boris Johnson. For days local people, many of them teenagers from loyalist communities, have being fighting running battles with the Police Service of Northern Ireland (PSNI). Police have also used Water cannons and plastic bullets during the unrest.

The underlying causes are complex. They include anger over an IRA funeral that Sinn Fein politicians attended in 2020 and what the Irish Protocol means for the Good Friday Agreement. Many loyalists also believe the construction of a post-Brexit sea border has diminished their British identity.

But many are also blaming PM Boris Johnson personally over his reaction to the spiraling violence.

One Twitter user attacked Johnson for going to Cornwall instead of attending to the situation in NI:

As Northern Ireland burned yesterday, @BorisJohnson determined that a trip to Cornwall to speak about cheese, holding a soft-toy, trumped urgent statesmanship and leadership. pic.twitter.com/muAct4ZQ68

Another joked that under the new Police Bill – which carries steep sentences for public disorder – home secretary Priti Patel would have Johnson jailed:

Someone else said Johnson and his cronies had a lot to answer for:

If anyone would like the opinion of a Northern Irishman, we had learnt to let sleeping dogs lie. Then Johnson and his cronies came in with sirens blaring, all for personal profit.

Picture 1: Rioting in Northern Ireland at the weekend.

Picture 2: Boris Johnson having a casual drink in a cafe (🤔) in Cornwall on Wednesday.

And someone else suggested the lack of coverage of the riots was a sign that the press was protecting the government:

I have lived through the Troubles in Northern Ireland. I have never seen less UK media coverage of serious rioting. Clear the UK media is censoring events to protect the Johnson government. Democracy is hanging by a thread in the United Kingdom. Wake up people.

Clearly, there are many reasons for the current violence in the north of Ireland. It’s also clear that many feel Johnson’s role in them won’t go unnoticed.