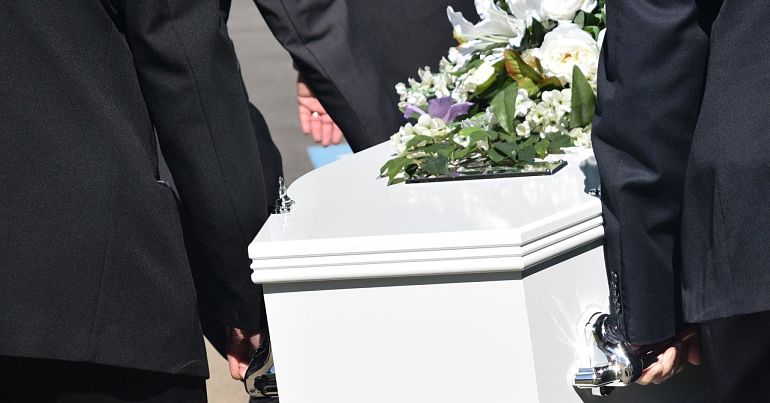 On the evening of Friday 9 April, the BBC went wall-to-wall in its coverage of the death of Philip Windsor (aka, the duke of Edinburgh). BBC 1 and BBC 2 provided the same content for the entire evening, and all BBC 4 programmes were cancelled. Subsequently, the state broadcaster was forced to publish a complaints page on its coverage (but it has since been removed).

But with spectacles like this, it’s a good time for the government and its friends in the media to ignore other matters. For example, as reported by The Canary:

In addition, two other, very different stories stand out:

From deaths in their thousands…

openDemocracy has published an exclusive by James Cusick and Peter Geoghegan on the scientist who advocated a herd immunity approach to the coronavirus (Covid-19) pandemic. It shows that Oxford epidemiologist Sunetra Gupta met with Boris Johnson and advised him not to proceed with a lockdown. Professor John Edmunds of the London School of Hygiene and Tropical Medicine disagreed, but he was ignored. Only one day later, Johnson agreed that the lockdown shouldn’t go ahead.

openDemocracy argues that this decision led to a second wave of coronavirus cases. And that it may have, in effect, caused up to “1.3m extra Covid infections”.

openDemocracy also revealed evidence that earlier in 2020 Gupta received over £88k from the Georg und Emily von Opel Foundation. This was to fund research “into the prevalence of COVID-19 in the population”. Notably, this same foundation donated “more than half-a-million pounds” to the Tory Party when led by David Cameron.

…to one death too many

In February, The Canary reported on an appeal court case. The court heard how a spy agency, a secretive research unit, and a UK prime minister intervened in the prosecution of construction workers for merely participating in a legal picket. Unlike prince Philip, one of the pickets – Des Warren – died prematurely. He never fully recovered from his ordeal in prison following conviction.

On 23 March, the appeal court ruled that the convictions of the Shrewsbury 24, as the pickets were dubbed, would be quashed.

Following that ruling, Undercover Research (UR) and the Public Interest Legal Centre (PILC) published a report. It provides further details on what happened in the lead-up to, and during, the prosecution of the pickets. The report showed the appeal court accepted that statements which could have been useful to the defence had been destroyed. But the report went further and argued:

The report also provided details of the role played by a TV documentary, The Red Under The Bed, which was broadcast during the prosecution of the workers. It was also shown that former News of the World reporter Simon Regan, who fronted the documentary, had fabricated evidence. The report further shows that the Industrial Research Department (IRD) introduced Regan to the documentary makers. IRD is part of the Foreign and Commonwealth Office.

Furthermore, IRD provided the documentary producer Woodrow Wyatt with “background material”. Conservative prime minister Edward Heath also expressed his support for the documentary. And another organisation that played a role in all this was Industrial Research & Information (IRIS), which was funded via the ‘secret vote’ (state funding of intelligence and security agencies).

Together with the Blacklist Support Group, PILC is now calling for an:

independent public inquiry into the involvement of the state in criminalising the Shrewsbury 24, the scandal of blacklisting in the building industry, the role of the state and the construction companies.

Make no mistake that this has ruined lives, criminalised innocent people, and reaches – we say – to the highest levels of government.

Indeed, any attempt to undermine the status quo will likely be met with disproportionate force. We’ve seen this during the 1984/5 miners’ strike and many other attempts by people to improve their lot.

But there’s always a distraction

The BBC continues to broadcast meaningless stories about Philip Windsor. No doubt this royal arse-licking gives a glimpse into the kind of absurdity that will be thrust upon us when his missus dies, too.

Meanwhile, although the real stories and scandals haven’t completely disappeared off the radar, the Johnson government undoubtedly hopes otherwise.