Cost of policing database rises to £1.1bn. But there's an even bigger hidden cost to the public. - Canary 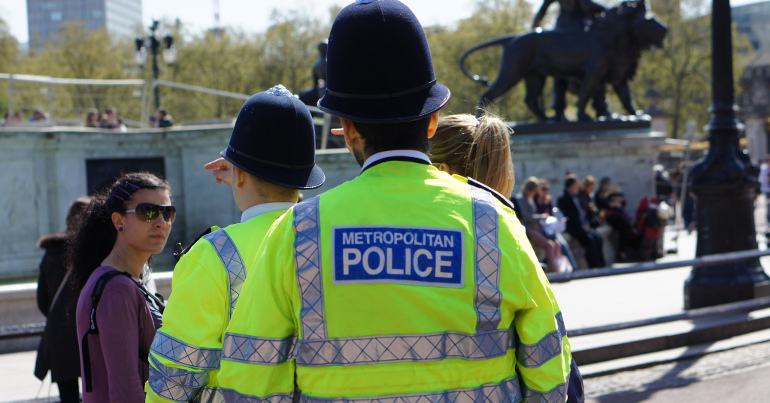 The future of a billion pound police database is under question. The National Law Enforcement Database Service (NLEDS), which the Home Office has spent half a decade developing, will be delayed by a further five years. Meanwhile, the estimated cost of the service, which is yet to be rolled out, stands at  £1.1bn.

programme review found that the system being constructed would be difficult to maintain and adapt in future, and included a component that was already obsolete.

The PND was subsequently ‘removed from the programme’s scope’.

Now, with a further five-year delay, we spoke to experts who are concerned about the hidden cost to the public, and examined whether more data gathering by the police is either wanted or needed.

One of our biggest concerns when investigating the NLEDS is that the Home Office won’t clarify how it will be funded. Huge amounts of taxpayers money have been spent on an unfinished system that doesn’t work and, that watchdogs believe poses a threat to communities.

The NAO has clarified:

The Public Accounts Committee (PAC) is an independent committee responsible for overseeing and investigating government spending. The PAC is now awaiting a formal enquiry into NLEDS. The committee, which is used to scrutinising the Home Office, called the departments efforts “miserable”:

The Committee has warned, in previous inquiries, on the Home Office’s “miserable record of exorbitantly expensive digital programmes that fail to deliver”. It will question senior officials at the Home Office on whether National Law Enforcement Data programme is likely to meet user requirements and deliver technology that is likely to work, progress against time and budget, and the remaining risks to successful delivery.

Data can’t be shared on a national level

Another of the key findings by the NAO is that this billion pound database might not be able to share information on a national level. At least, how that sharing will work with police forces using different systems hasn’t been factored into the overall planning process. This means if an incident happened in one place, it may not be picked up by police in another area.

Many police users access the PNC indirectly via third-party systems from some 25 suppliers. Although these offer a more modern interface than the PNC, some police officers told us that systems made by different vendors do not interoperate, so data cannot be shared on a national level.

These systems either need to be replaced or upgraded to work with NLEDS, but it will be difficult for the programme to ensure that this happens because the contracts are operated by individual police forces.

The delays to the new system have also been blamed for the deletion of over 400k documents including criminal and DNA records from the PNC in January 2021, in what the Home Office called a ‘coding error’.

According to the NAO, on 9 January 2021 over 400k documents were deleted from the PNC. It affected 112,697 ‘person’ records and saw the “unintended deletion” of:

Additionally, 37,350 partial records and 195 full records were deleted from the national fingerprint database.

The NAO explained that files were deleted accidentally:

And the NAO found that:

There’s certainly an argument to be made that police should be less data-led. Data collection is increasingly a concern for vulnerable communities. However, under the current system there are still hidden costs to people from this data loss.

Criminal lawyer & partner at Stone King LLP Matthew Graham told The Canary that the loss of data on this scale leaves courts without necessary information:

Any significant loss of police data could have very serious implications for domestic violence cases. A known history of call outs, cautions or convictions often makes an important difference to the nature and outcome of an investigation.

The PNC contains vital information for courts to have when hearing domestic violence cases. It means the courts aren’t reliant on witness testimony and can see a pattern of behaviour if there is one.

The courts completely rely on the criminal record that comes from the police of a suspect or offender when considering bail, sentence or other orders. It should never be up to a victim to tell the police about the perpetrator’s history, if they even know it.

This is especially true if an offender has abused different victims who are otherwise unknown to each other, or where an offender moves across different police force areas.

Intelligence based on ‘gossip’

Despite some experts stating that database errors can put more people at risk, others claim that the very existence of databases like the NLEDS causes more harm to communities. Several watchdogs and non-governmental organisations (NGOs), including Privacy International, have called out the existence of the NLEDS, stating that it adds to public mistrust in the police:

Establishment of LEDS risks leading to over-policing, further embedding distrust in the police of individuals from ethnic minorities and migrant backgrounds, as well as those who are in vulnerable positions, such as trafficking victims or missing persons.

It is essential therefore to ensure the system and decision-making process is as transparent as possible and subject to sufficient oversight.

The Network for Police Monitoring (Netpol) told The Canary that the biggest concern isn’t the financial strain on the public but that it violates human rights:

We are less concerned with value for money than with the sheer volume of data retained by the police: more than four billion pieces of police intelligence. As well as information on convictions, these databases retain huge amounts of unsubstantiated information and data that would be hard for the police to justify keeping, were it not often impossible to find out what they actually hold.

Netpol told us that intelligence systems like NLEDS can be based on “gossip”:

In certain instances – such as data on alleged association with gang members or on the political activities of campaigners – we know information is invariably based on gossip and speculation. In the case of the now notorious Gangs Matrix, data retention by the police has been condemned as racially discriminatory.
Perhaps the starting point is to stop recording data simply because it might one day prove useful?

Many things remain unclear, including, how the programme will be funded or even when it will be rolled out nationally. What we do know is that the Home Office is prepared to pay police forces to adopt the new system – to the tune of £30m.

The director of Police and Public Protection Technology Mike Hill told the PAC:

we are providing £30 million of funding to forces to enable adoption. We are working very closely with the techUK organisation, which is the vendor community, on how they operate within the force-level elements as well. The key thing about that is the risk profile of that adoption and enabling them to take it on… a much quicker basis than otherwise would have been the case.

While the money is framed as a fund to help police forces transition, it raises concerns about how much more public money will be spent on systems that continue to fail – systems that some experts argue cause more harm to communities than good.

It’s unknown how many cases have been directly affected by the deletion of records, but we do know that a poorly managed system creates an environment where cases and communities are at risk. Not only is the database now significantly delayed, but it will also potentially struggle to share information between police forces on a national level. Meanwhile, the costs continue to rise. This puts a strain on the public physically as well as financially, and that’s without factoring in the hidden costs to police data collection that jeopardises basic rights to privacy.

The Home Office had not provided comment at the time of publication.