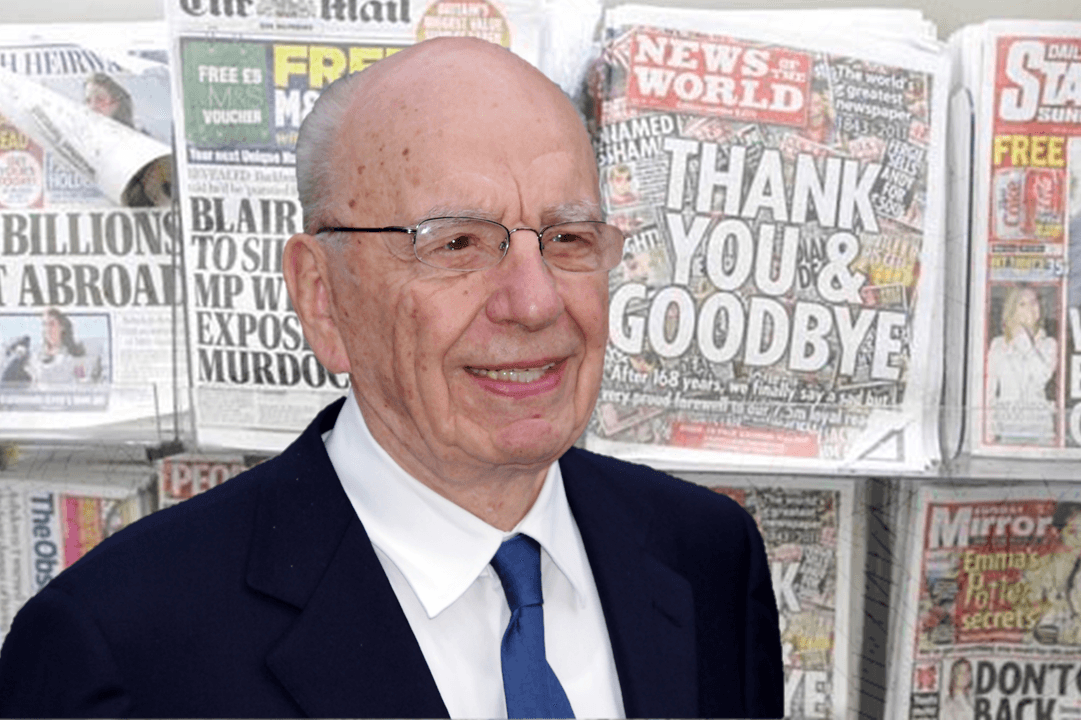 In a move described as “typically ruthless”, Rupert Murdoch has closed The Sun with immediate effect. But information obtained by The Canary suggests the move could simply be part of a cynical re-branding exercise.

Saturday’s edition brings the curtain down on one of the UK’s most “colourful” publications. Often outspoken, rarely reliable and frequently under pressure from the regulator, The Sun has occupied a curious role in the newsprint industry.

We weren’t able to speak directly to The Digger himself but, to our surprise, Jerry Hall responded in a series of messages written in eyeliner and faxed from Murdoch’s Californian vineyard retreat.

Can be used as pet bedding and for mopping up cat sick.

Main use is workmen sticking it on the dashboard of their vans as a kind of message to traffic wardens. Just unloading, back soon.

It seems that this low-end reputation has finally got too much for Murdoch. Perhaps assuming total control of National Geographic has led him to start thinking on a higher plane. Or maybe it’s just the impulsive behaviour of a newly-wed. Either way, the meaning that we were able to derive from the increasingly garbled flow of faxes was that The Sun will be resurrected under a different name and, crucially, as a newspaper rather than a general household accessory.

The new title will be The Sun News. It will hit the shops on Monday, but it will be completely different and not at all just the old paper with a new name. Absolutely no comparisons should be drawn with the very separate circumstances surrounding the closure of the News of the World and its relaunch as The Sun on Sunday. That altogether unique situation was the product of a publication becoming embroiled in a phone hacking scandal and suffering a terrible public reputation. Such a thing could never happen again.

However, the final message from Ms Hall appeared to indicate that any attempt to portray the relaunch as a new dawn might be scuppered by the appointment as editor of a recurring face from the past. It read simply: “Brooks :(”