An asylum seeker has killed himself, and this is the breathtaking response from BBC viewers (VIDEO) - The Canary 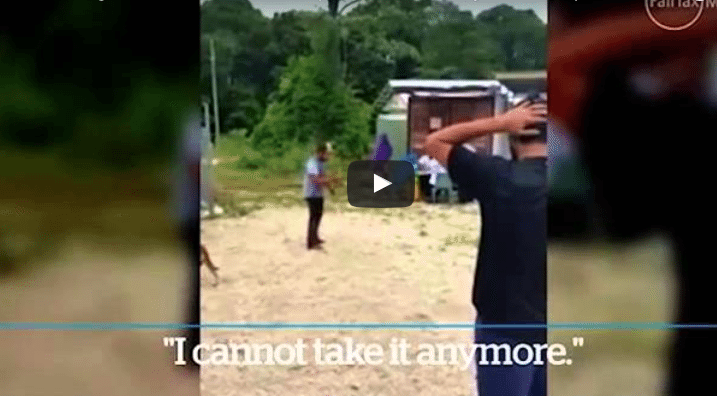 On 29 April, it was reported that a 23 year old Iranian asylum seeker had died after setting himself alight in protest at the immigration policy of Australia. When the BBC reported on the matter, the reactions of many viewers were breathtaking in their bigotry and malice.

The man, known as Omid, set himself on fire at the Nauru detention centre on Tuesday and was airlifted to Brisbane Hospital in Australia with severe burns to his torso.

Graphic video footage of the incident, which reportedly occurred during a United Nations visit to the island, has been published on Australian news websites.

This man’s death comes as Australia’s other offshore processing centre on Manus Island in Papua New Guinea, is threatened with closure.

The fate of around 850 asylum seekers and refugees on Manus Island – all men – remains uncertain, with Australian and Papua New Guinean officials set to hold talks early next week.

But Australian Prime Minister Malcolm Turnbull has repeatedly said that none of the men on Manus Island will come to Australia.

In the video, which is extremely graphic and upsetting, Omid shouts repeatedly:

I cannot take it anymore!

He then sets himself on fire.

It would surely be hoped that, whatever views one holds on immigration in general, the gruesome and untimely death of a fellow human being in crisis would provoke – at the very least – basic human empathy in response. Sadly, as a reader of The Canary pointed out to us over the weekend, this was not the case for a large number of followers of the BBC Daily Politics Facebook page.

Jo Richards contacted The Canary after a piece run by our Science and Technology section on the science of online hate, stating that our post showed “impeccable timing” considering the battle she was engaged in on the BBC page. 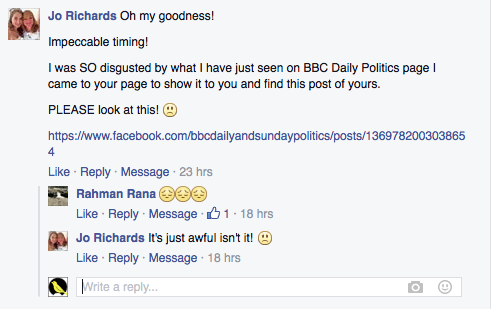 Below is a sample of the staggering abuse leveled at the deceased man, and asylum seekers and immigrants in general. 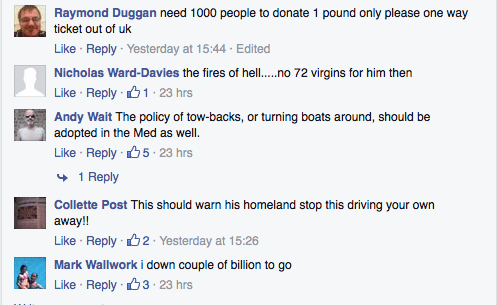 Only a handful of people, Ms Richards chief among them, spoke out against the hateful comments, and were immediately set upon by those wishing to gloat over the death.

They were dismissed as pacifists (as if this were a derogatory term) and self-righteous.

This reaction comes just days after the UK government voted down a proposal to rescue 3,000 refugee children currently scattered and helpless across Europe.

Does it come as a surprise that some people hold hostile views to non-Brits in the face of the very worst circumstances? No.

Is this response being presented here as wholly representative of British views on asylum seekers? No.

But is it worthy of note that in 21st century Britain, news can come that a young man reaches depths of desperation so low that he sets himself on fire, and the response is righteous celebration? Yes.

Each and every time that individuals or groups of people in our midst make these kind of despicable pronouncements – it must be challenged. Just as when we see any gross spectacle of prejudice, any time, anywhere. Those shouting loudest must not be allowed to dominate the complex and critical questions surrounding how we respond as human beings, when fellow human beings need our help.

This is not an immigration crisis, it is a refugee crisis. The nations of Europe, Australia and elsewhere that are receiving unprecedented numbers of desperate people arriving on their shores face a real and concerning logistical nightmare. But let’s not pretend it is the same magnitude as the nightmare facing the refugees themselves. These are real people who find themselves, through no fault of their own, in a living nightmare of war, oppression, poverty and famine. We are at our best when we are open, generous and aspiring to the better angels of our nature. So let’s aim for that, and be able to look back on this horrendous period of history and say with humility and integrity – we did our best to help.

– Support Citizens UK, which is persuading councils to participate in resettling Syrian refugees.

– Support Help Refugees, which is giving aid to people in the refugee camp in Calais.

– Support Good Chance Calais, a temporary theatre of hope in the heart of the refugee camp in Calais.

– Sign the Save The Children petition calling on the UK government to take its fair share of child refugees.

– Send a welcome message to a child refugee through Save The Children.

– Follow Calais Migrant Solidarity and find out about meetings, collections, events and protests.