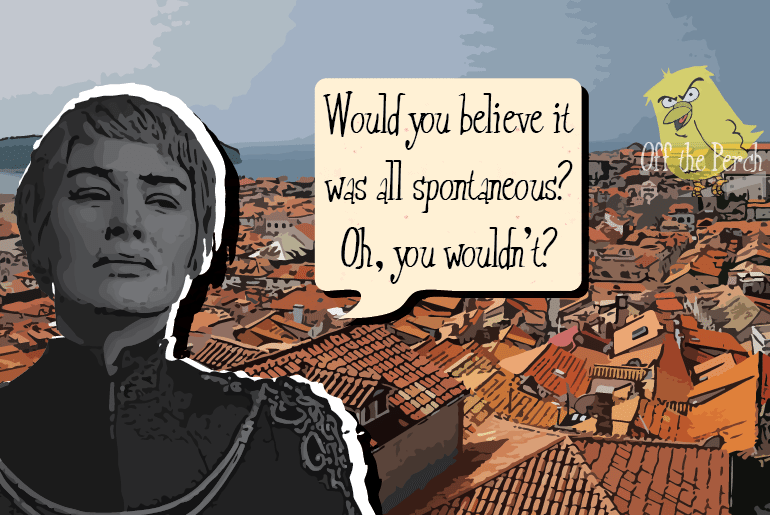 Reports are coming in that Cersei Lannister’s recent power play in King’s Landing may have received facilitative support from the same PR company that’s been accused of working on behalf of the now scrambled #ChickenCoup.

Suspicions were first aroused when people noticed that the Labour coup was very similar to Cersei’s. To explain more, this is what Off the Perch’s window cleaner noted when he overheard us discussing the matter in our news-caravan:

Well, one incident was a massive bomb going off – a bomb which laid waste to many people who thought they were on the same team as the bombers – and the other incident was Cersei Lannister blowing up the Sept of Baelor.

Could this all be an overwrought fan theory?

Although Cersei Lannister’s plan was the worst-kept secret in politics, the suggestion that a PR firm with links to Cersei may have been brought in to do PR firm-type stuff has led to many branding it a: CONSPIRACY THEORY! 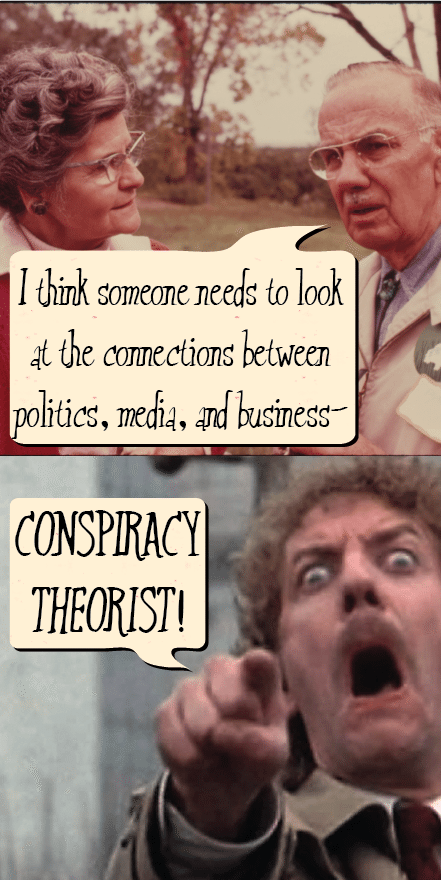 Andrew Neil was the first to criticise us – the veteran news mammal overheard saying the following to his taxi driver:

I’ve met the writers at Off the Perch and they’re all froth-spitting, koala-brained w*nkers – especially the classically beautiful German one with the hair that’s too long for his face.

Up until recently I was appearing in the top Google Image Search results for:

A question of spontaneity

The real question now is: why did Cersei do what she did? So we decided to pose this question to Queen Cersei herself:

OTP: “So Cersei, what made you plan to blow up the Sept of Baelor?”

CP: “Sorry – surely you mean, ‘what made me spontaneously react to circumstances?”

OTP: “Do I? Because – well – it seemed to be pretty thoroughly planned. Not well planned I hasten to add – just thoroughly.”

OTP: “Right… so what made you decide to spontaneously go through with it then?”

CP: “Well the dragon queen is on her way to the capital, so what the 7 kingdoms need now is strong leadership and effective opposition.”

OTP: “Okay, and what will that entail?”

CP: “I told you – strong leadership and effective opposition.”

OTP: “Yes, but how will you provide those things?”

OTP: “Oh dear… and do you have any plans to win over the dragon queen’s supporters?”

CP: “Yes, I’m going to find out what she believes in, and then I’m going to tell her armies that I believe in a slightly more wishy-washy version of that.”

OTP: “Good, lord. Do you know what – I think I’m just going to join the night’s watch and take my chance with the white walkers.”

CP: “Has my strong leadership inspired you to do that?”

Although the exact machinations of Cersei’s plan may never be known, we can probably say for certain that she did indeed plan it – the other option being that the long history of reportage on this issue was initially just bollocks – bollocks which ended up becoming some sort of self-fulfilling prophecy.

Regardless of what sort of bollocks are in play here, however, be prepared – because more bollocks is coming.