All hail the unelected Empress of former Great Britain, Theresa May - The Canary 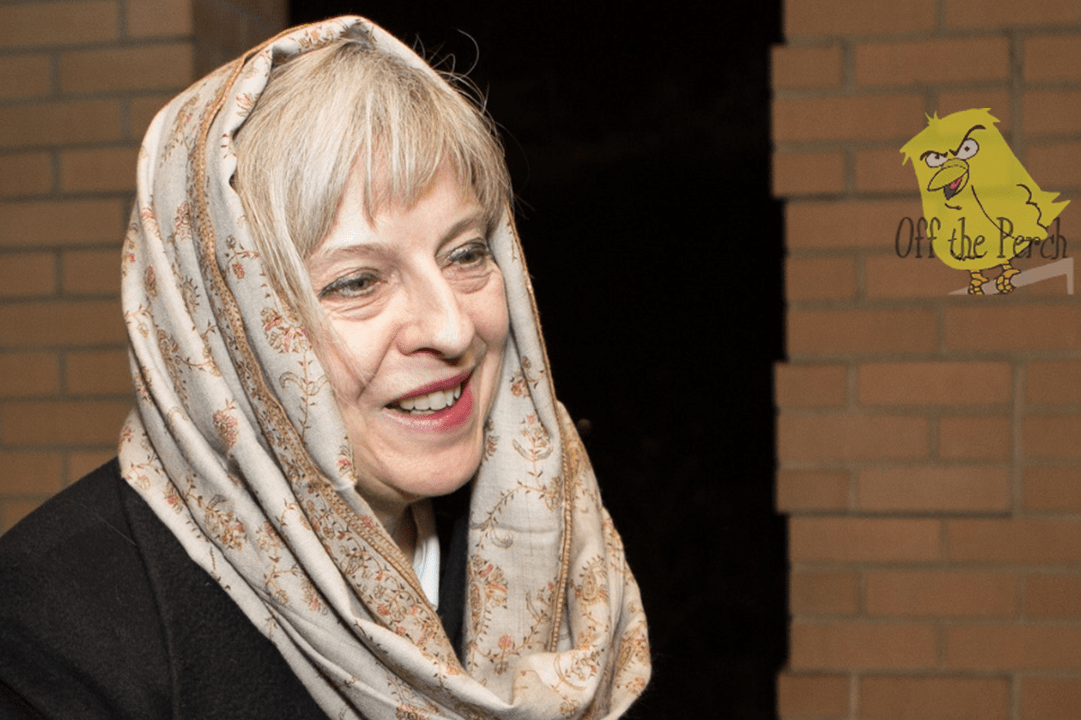 All hail the unelected Empress of former Great Britain, Theresa May.

Permission granted to sh*t your pants.

Some of us were only just getting our heads round a virtually unknown stooge, Andrea Leadsom (the real-life Dolores Umbridge from Harry Potter) somehow worming her way to the doors of 10 Downing Street. However we needn’t have bothered. Like everyone else who led us into this cataclysmic sh*t-storm, she too has now bailed out. Perhaps her purpose is now served, and she’s returned to the secret underground Tory facility for a battery upgrade. (Alongside Boris Johnson, who’ll almost definitely return to haunt us.)

One can’t help but wonder if the whole thing was some ridiculous distraction. The very idea of putting someone so inexperienced, someone with quite so many skeletons in the closet in line for the top job at a time of undocumented constitutional crisis – it just seemed bizarre, even for a country that’s lost all sense of reason.

Perhaps that was the point though?

I have a theory about Donald Trump. Hillary Clinton was always intended to be the next US President: it was her turn on the merry-go-round, and someone came up with the bright idea of pitting her against the most inane, inflammatory and bigoted fool in all the land. (Enter “The Donald”.) By comparison, she’d seem like a vaguely rational human being, and a rightly terrified populace would flock to her open arms. Easy peasy, how could she lose?

Unfortunately, it seems to have backfired. Turns out the American people are far more down with complete unbridled lunacy than anyone could have reasonably predicted, and sadly, they weren’t alone.

How we laughed over here in the UK. How silly it all seemed: the Yanks treating their Presidential election like some kind of populist reality TV show. I don’t think many conceived it would actually be Britain who’d lead the way in how to offend the entire international community, or give mainstream legitimacy to far-right nationalism – we’re supposed to be the sensible ones. Yet here we are. And now, the very thing so many of us rallied against is taking place without so much as the batting of a legislative eyelid: a new constitution shall be decreed by an unelected, unopposed far-right Tory government.

How they can even refer to Theresa May as having won a leadership “race” is beyond me. It’s not a “race” when you start 200 metres further down the track, and the other runners have been tasered.

It’s no contest without competition – the whole thing feels predetermined. Though Leadsom wasn’t quite as obviously bat-sh*t crazy as “The Donald”, I can’t help but wonder if it was the same kind of misdirection. Yet again, while we’ve all been watching the moronic Tory pantomime, did they simply get what they wanted all along? Even tyranny is usually preferable to incompetence – and you really know you’re in trouble when a woman with the humanitarian instincts of a kidney stone (who opposes civilian privacy and the rights of immigrants to breathe) seems like the only choice.

What’s most disturbing is the power Theresa May shall wield: that of zero accountability.

Theresa May supported Remain (in a barely noticeable fashion) but unlike Jeremy Corbyn, her potential for leadership hasn’t been questioned for supposedly “not doing enough”. Now that Leave has won, she’s not doing anything to stall the catastrophe or reverse the madness, instead she proudly crows that:

That’s very convenient for the rise of your new dictatorial regime, isn’t it Theresa? You put up a real fight there. In fact, technically you proposed we abandon the European convention on human rights well before the “unfortunate” result, didn’t you?

Meanwhile, the entire political and media establishments are busy trying to oust the one man who’d try to rein her in.

The floodgates are open. Any drastic changes inflicted upon British society, no matter how unpopular or oppressive, any economic collapse or failing that now occurs in the Mad Max Beyond Thunderdome future we may possibly have to look forward to, Theresa May can argue she never wanted any of it to happen – that she’s only playing the hand she was dealt.

She has quite literally got the best get-out clause ever.